November 26, 2013 by Jack Serle
Published in: Uncategorized
Tweet
Email this 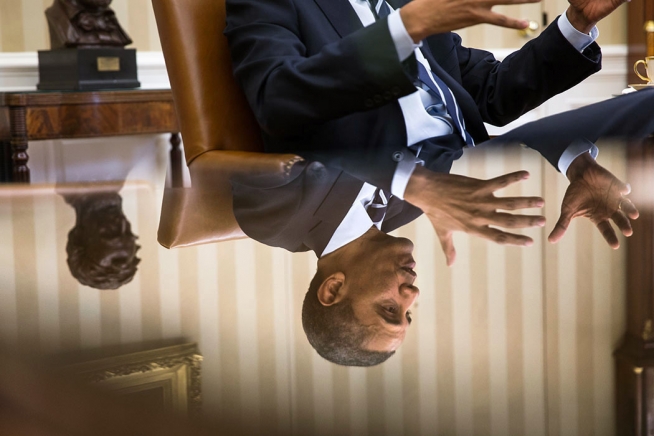 Six months after President Obama laid out US rules for using armed drones, a Bureau analysis shows that covert drone strikes in Yemen and Pakistan have killed more people than in the six months before the speech.

Each drone strike kills more people on average in both countries. The number of strikes fell across the two countries in the six months after the speech compared with the six months before, yet the overall death toll increased.

‘To say a military tactic is legal, or even effective, is not to say it is wise or moral in every instance.’
– President Obama

This analysis will raise questions about how much Obama’s new rules constrain the drone programme, as he claimed it would in his speech.

On May 23 Obama explained how a new policy will govern the use of drones. He said using drones for targeted killing is legal, but added: ‘To say a military tactic is legal, or even effective, is not to say it is wise or moral in every instance.’

He said: ‘The same human progress that gives us the technology to strike half a world away also demands the discipline to constrain that power – or risk abusing it.’

The President’s remarks, and a background briefing to the media by unnamed administration officials, led some to report the US was ending the controversial practice of signature strikes – strikes which target groups of unidentified individuals based on their behaviour.

However in the weeks after the speech, analyst Micah Zenko wrote: ‘There is no evidence that signature strikes will be reduced or ended based upon anything the Obama administration has recently stated.’

The speech and briefings fuelled reports that the US military – in the form of the Joint Special Operations Command (JSOC) – would soon be given responsibility for carrying out drone strikes outside Afghanistan.

But six months later the CIA is reportedly still carrying out strikes in Pakistan and Yemen. It was reported this week that the administration is trying to find a way to merge the CIA and Pentagon drone programmes.

According to the Washington Post the ambition is to allow the CIA to keep running a fleet of drones but put JSOC in charge of the final, lethal step in a strike sequence, known as the finish.

Obama’s speech addressed ‘criticism about drone strikes’, saying the US only carries out such attacks against individuals who pose ‘a continuing and imminent threat’ to US citizens, not ‘to punish individuals’.

He added: ‘before any strike is taken, there must be near-certainty that no civilians will be killed or injured – the highest standard we can set’.

Civilians have been killed in US strikes in the past, the President said. The day before the speech, Attorney General Eric Holder published a letter to Congress saying those killed included a 16-year-old US citizen, Abdulrahman al Awlaqi.

In Yemen, civilians have reportedly been killed in drone strikes after the speech. Between six and seven civilians were reported killed, two of whom were said to be children.

It also emerged this month that the US knew it had killed civilians in strikes after the speech. The LA Times reported that the CIA briefed Congress about civilian casualties, including a child aged 6-13 who had been riding in a car with his older brother, an alleged militant, when the drones attacked. The CIA reportedly did not know he was in the car at the time.

Other reports have identified the child as Abdulaziz, younger brother of Hassan al-Saleh Huraydan, an alleged AQAP commander.

Every confirmed US drone strike in the past six months came in a 15-day period in late July and August, when eight attacks took place.

The bombardment was more intense than any period in Yemen since mid-2012 when the US was providing air support to Yemeni forces as they fought an al Qaeda insurgency. The group established its own ‘Islamic emirate‘ in several towns and villages in southern Yemen, exploiting a security vacuum during popular unrest in 2011.

Although other aerial attacks have been reported it is not clear whether they were carried out by drones or manned aircraft.

The 2013 onslaught of strikes was a response to a perceived terror threat the US reportedly believed was coming from Yemen. Washington reacted to intelligence of an impending attack by closing over 20 embassies and consulates in Africa and the Middle East and launching a barrage of drone strikes.

The attacks killed at least 29 people, many of them identified as al Qaeda members. But only three of them were described in reports as significant leaders in the group.

This went against the prevailing trend: the average number of people killed in each strike has been falling since 2009 when over 11 people were killed on average in every strike. That was down to fewer than five people killed on average in each attack at the end of 2012. In the six months before the speech, an average of 3.5 people were killed in each strike. Since the speech this has risen to almost five.

The attacks in Pakistan have killed some named high-profile members of the Haqqani Network and Pakistan Taliban, the TTP.

Hakimullah Mehsud, leader of the Pakistan Taliban, was the most high-profile target in the past six months. A CIA drone killed him on November 1. He became leader in 2009 when his predecessor, Baitullah Mehsud, was killed by US drones. Following this attack, Hakimullah sent a suicide bomber to attack a CIA base in Khost, on the border in Afghanistan.

The attack killed seven CIA officers. He had been wrongly reported to have been killed on at least three previous occasions.

Since Obama’s speech, drones have also killed both Mullah Sangeen Zadran, the Taliban shadow governor of Paktika province in Afghanistan, and Ahmad Jan, the shadow finance minster in Paktika, both of the Haqqani Network.