August 7, 2013 by Maeve McClenaghan
Published in: Uncategorized
Tweet
Email this 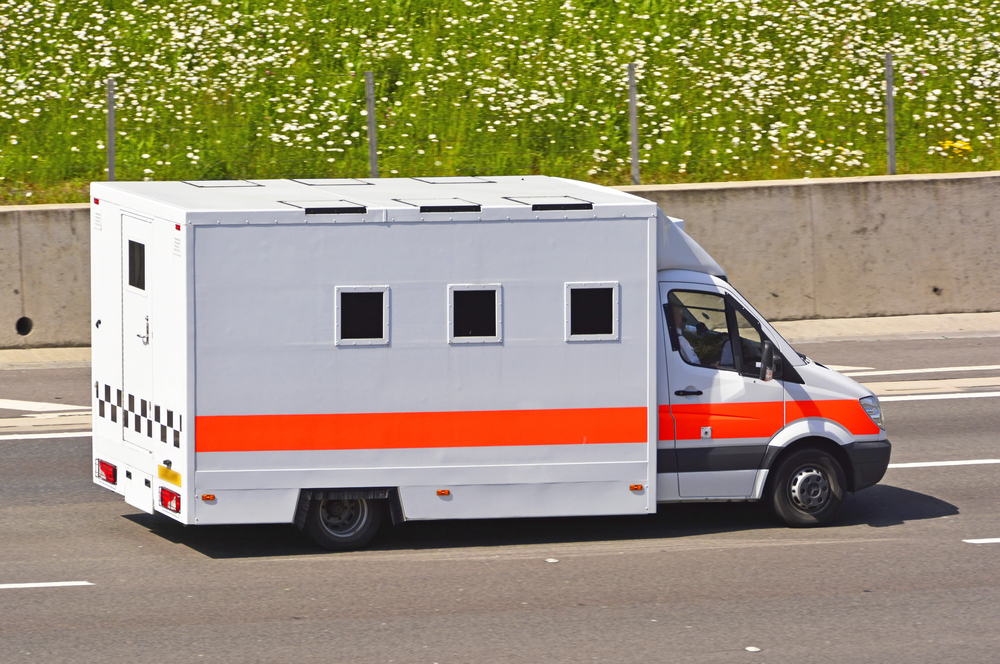 In early July staff of Serco, a service company, were transporting a female defendant the 38 miles or so from HMP Holloway London to Basildon crown court in Essex. The defendant was securely locked in the back of a Serco van. But when they arrived at the court the guards found they did not have the keys to let her out of the vehicle, and so could not get her to her place in the dock.

The guards and prisoner set off back to London for the keys. Realising that with a two-hour round-trip they would not make it back to the court on time, the judge let the court rise for the day.

New analysis of government figures shows the number of crown court trials being stopped and re-started because the prison escort fails to produce the defendant is on the rise. The company with the worst delivery rate is Serco.

A growing problem
In the first quarter of 2013 the rate at which crown court trials were declared ineffective because the defendant was not produced by the prison escort service rose by 75% compared to 2012.

Between January and March this year fourteen crown court trials, involving full juries, were stopped and had to be re-scheduled because of failures by companies contracted to deliver defendants to court. This equates to more than one trial a week. Many more were delayed until later on the scheduled day.

The company contracted to deal with escorting prisoners in the London courts is Serco.

In 2011 the Ministry of Justice awarded Prisoner Escort and Custody Services contracts for four areas across England and Wales. Geo Amey secured three of the areas, while Serco won the contract for London and the East. The MoJ estimated the out-sourced work would save the department £261m over seven years.

The companies are responsible for all inter-prison transfer excluding the movement of Category A prisoners, which are managed by the Prison Service.

As Serco notes on its website, its contract ‘includes many of the most high profile courts in England & Wales, including the Royal Courts of Justice, the Central Criminal Court and Westminster Magistrates’ Courts.’

The MoJ does not record how many of the figures were Category A prisoners, and therefore the responsibility of the Prison Service.

The Bureau has spoken to a number of barristers who complain of Serco failing to produce prisoners on time and even times when the company delievered defendants to the wrong courts.

In early July a defendant being held in remand was due at a plea hearing at which he would plead guilty or not guilty. But his transfer from Pentonville prison to Chelsmford crown court was problematic. The defendant had a prosthetic leg and, according to his barrister, Serco had trouble locating a suitable vehicle to transport him in.

‘We do see a lot of delays, and judges and juries are often left waiting for prisoners,’ the defendant’s barrister, who wished to remain anonymous, explained. ‘It has always been an issue but you would have thought when it was privatised things would have gotten better,’ he added.

The MoJ explained that the numbers involved in trial stoppages are small in relation to the overall number of offenders moved. It also pointed to bad weather during the start of 2013 as a reason for the increased failure rate.

Victoria Colloby, Secure Transport Director at Serco told the Bureau: ‘Serco’s priority on the Prisoner Escorting and Custody Service (PECS) contract is to provide a high quality service at all times which is safe, secure and punctual. Our performance is measured by the Ministry of Justice against a comprehensive range of specific indicators.’ The company added that its does not measure its performance against the MoJ’s ineffective trial figures.

Prison complaints
Prisons are also logging concerns with the Serco transport system. The Independent Monitoring Board (IMB) for HMP Pentonville  noted in their 2011-12 report that, ‘There have been some recurring problems with the Serco contract for the transfer of prisoners. This affects the efficiency of the Reception process. At times there has been bunching of Serco vans outside Reception, leaving prisoners to wait in them for longer than is desirable. Sometimes the vans arrive very late, due to there being too few vans to bring prisoners from the courts until the end of the day.’

Wormwood Scrubs Prison also noted problems with Serco, as recorded in the IMBP’s 2012 report. The report found, ‘The court and inter-prison service run by Serco leaves much to be desired. Prisoners are often kept in court cells for hours due to a lack of vehicles and delivered to the prison well into the evening often unfed. Inter-prison transfers often do not take place as arranged. Nor is the prison regularly notified of no-shows.’

The report mentions cancellations and over-crowding of vehicles are serious issues in the transfer system. According to the report prisoners can be driven round for hours as various prisoners are picked up and dropped off. The vans supply only water, and not food. Toilet stops happen every two and half hours, otherwise prisoners can use an on-board potty with a type of cat litter. A situation the IMBP board finds ‘unacceptable’.