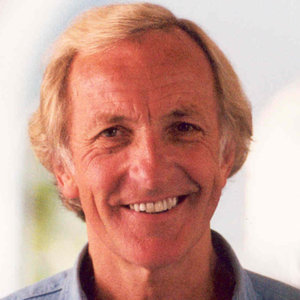 The Bureau’s drone team has won the prestigious Martha Gellhorn Prize for journalism.

Chris Woods, Alice Ross and Jack Serle won the prize for their work on the two-year investigation into the US’s use of covert drones in Pakistan, Yemen and Somalia.

The prize honours Martha Gellhorn, a renowned war reporter and humanitarian. She was one of the first reporters in Vietnam to reveal what she called ‘a new kind of war against civilians’. Her long career included reporting on the rise of Fascism in Europe and accompanying the first American troops into Dachau concentration camp during the Second World War, as well as filing dispatches from Panama, South Vietnam, Nicaragua and Brazil.

Judges look for reporting that reflects Gellhorn’s pioneering journalism. The prize seeks to recognise journalism that tells an ‘unpalatable truth, validated by powerful facts’ and in so doing exposes what Gellhorn described as ‘official drivel’.

Pilger said of the Bureau’s work on drones: ‘This was extraordinary work on Barack Obama’s lawless use of drones in a campaign of assassination across south Asia. Woods, Ross and Serle stripped away the façade of the secret drone ‘war’, including how it is reported and not reported in the United States: how civilian casualties are covered-up and how rescuers and funerals are targeted.

‘This was truly pioneering work, as important, in many respects, as the recent leaks from inside Washington: remarkable work in the highest tradition of investigative journalism.’

The short-list was made up of seven other journalists including Andy Worthington, a London-based independent journalist and filmmaker who has covered the ongoing detention of over 100 individuals at Guantanamo Bay and Yemen-based Iona Craig.

Previous winners of the award have included Robert Fisk of the Independent, Nick Davies of the Guardian and Julian Assange, the founder of WikiLeaks. In 2010, an additional award was given to the late Marie Colvin of the Sunday Times.

The Bureau’s work on drones and the covert war can be read here.