May 24, 2013 by Chris Woods
Published in: Uncategorized
Tweet
Email this 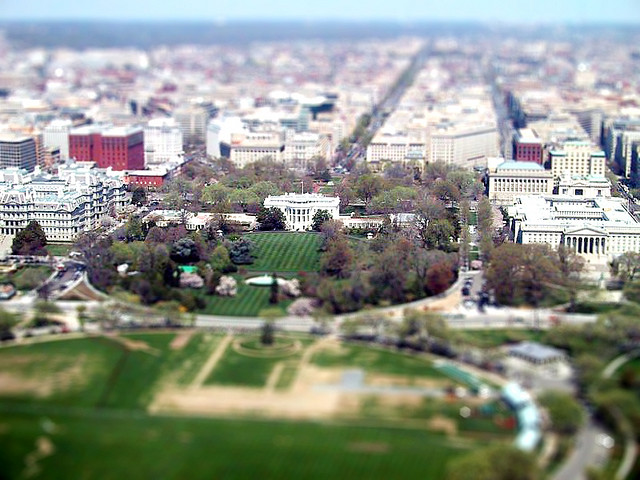 Two of the most controversial aspects of the US covert drone campaign – CIA control of strikes in Pakistan, and the use of so-called signature strikes – look set to continue until at least 2014, papers released by the White House indicate.

In the wake of President Obama’s Thursday speech on counter-terrorism policy, White House national security officials have released two key documents. The first, US Policy Standards and Procedures for the Use of Force in Counterterrorism, lays out the standards now being used to decide whether to deploy ‘lethal force’ outside the battlefield.

The White House has also released the transcript of a background briefing for journalists, in which anonymous senior administration officials offer their interpretation of the new guidance.

Between them, the two documents offer significant insights into how the US targeted killing programme is governed.

Officials have also provided the most comprehensive understanding yet of how the US government defines a civilian – or ‘non-combatant’ – in places such as Pakistan and Yemen.

But claims that the US has ended controversial ‘signature strikes’ – and will transfer all covert drones from the CIA to the Pentagon – appear to have been overstated. As one official puts it, ‘you’ll see also a lot of continuity in the way in which we approach these things that are basically being codified in the guidance that’s been issued.’

Rule Book
Building on President Obama’s counter terrorism speech at National Defense University on Thursday, officials have laid out ‘certain key elements’ of the standards and procedures governing the US targeted killing programme.

Noting that the US has a preference where possible ‘to capture a terrorism suspect’, guidance notes then lay out the circumstances in which a lethal covert drone strike or other form of targeted killing can take place.

All proposed killings outside the conventional battlefield must have a ‘legal basis’; must not be an act of punishment; and must only be used if the target represents ‘a continuing, imminent threat to US persons’, according to the document.

You’ll see also a lot of continuity in the way in which we approach these things that are basically being codified in the guidance that’s been issued.’
Senior US administration official

But it goes on to make clear: ‘It is simply not the case that all terrorists pose a continuing, imminent threat to US persons; if a terrorist does not pose such a threat, the United States will not use lethal force.’

In recent months, some senior administration figures including CIA Director John Brennan have pushed for a far looser definition of imminence. That effort appears to have failed.

The White House then presents five rules which it says must now be followed before a targeted killing can take place:

1) Near certainty that the terrorist target is present;

2) Near certainty that non-combatants will not be injured or killed;

3) An assessment that capture is not feasible at the time of the operation;

5) An assessment that no other reasonable alternatives exist to effectively address the threat to US persons.

‘Non-combatants’
In a key move, national security officials also offer an explanation of how civilians – or ‘non-combatants’ – are being defined in the context of targeted killings outside the battlefield.

‘Non-combatants are individuals who may not be made the object of attack under applicable international law,’ the document notes.

That final point – that military-aged males are not automatically classed as combatants in countries such as Pakistan and Yemen, may mark a major sea-change. A story in the New York Times generated huge controversy in 2012 when it reported that the US ‘counts all military-age males in a strike zone as combatants, according to several administration officials, unless there is explicit intelligence posthumously proving them innocent’.

The list of rules issued by the White House concludes with an assertion that the US ‘respects’ national sovereignty and international law:

Describing it as ‘a significant step towards increased transparency and accountability,’ he added that ‘it also disposes of a number of myths, including the suggestion that the US is entitled to regard all military-aged males as combatants, and therefore as legitimate targets.’

Background briefing
In advance of President Obama’s major speech, journalists also took part in a background briefing with anonymous senior administration officials on Thursday, which has now been published.

Much of that briefing focused on the proposed closure of Guantanamo, and whether the War on Terror is drawing down. But officials also offered their interpretation of the new targeted killing guidelines.

Claims by some that all US covert drone strikes will pass from the CIA to the Pentagon appear overstated, based on the comments of two officials.

One notes that there is an ‘expressed preference’ for the US military to have the lead in carrying out targeted killings, ‘given their traditional role and given the transparency [that] can be associated with actions by the United States military’. But he added that the US continues to ‘pursue a range of counter-terrorism operations around the world,’ indicating that the CIA might retain a role.

The New York Times has since cited US officials who indicate  that the CIA will not transfer control of drone strikes in Pakistan to the US military until ‘the withdrawal of combat units from Afghanistan at the end of 2014’.

In another exchange with journalists, officials at Thursday’s briefing addressed whether the three US citizens killed in covert drone strikes who had not been intentionally targeted were being classed by the Administration ‘as collateral damage or guilty by association?’

‘There are times when there are individuals who are present at al Qaeda and associated forces facilities, and in that regard they are subject to the lethal action that we take,’ a senior official responded. ‘There are other instances when there are tragic cases of civilian casualties and people that the United States does not in any way intend to target.’

There are times when there are individuals who are present at al Qaeda and associated forces facilities, and in that regard they are subject to the lethal action that we take.’
Senior US administration official

An editorial in today’s The New York Times claims that ‘From now on, the Central Intelligence Agency and the military will no longer target individuals or groups of people in countries like Pakistan based merely on the suspicion that their location or actions link them to al Qaeda or other groups allied with the terrorist network.’

Yet when asked, ‘Will signature strikes explicitly be prohibited now?’, an official at the briefing framed his response in the context of the war in Afghanistan, noting the need to ‘take action against forces that are massing to support attacks on our troops and on coalition forces in Afghanistan.’

The official then noted that ‘by the end of 2014, as we wind down the war in Afghanistan, we will not have the same need for force protection and those types of strikes that are designed to protect our forces in Afghanistan. Furthermore, we believe that the core of al Qaeda has been greatly diminished so, therefore, that will reduce the need for unmanned strikes against the core of al Qaeda as well.’

In short, officials appear to be indicating that signature strikes, along with CIA control of strikes inside Pakistan, will remain a reality at least until troops withdraw from Afghanistan next year.