May 20, 2013 by Bureau Reporter
Published in: All Stories, Bureau Blog
Tweet
Email this 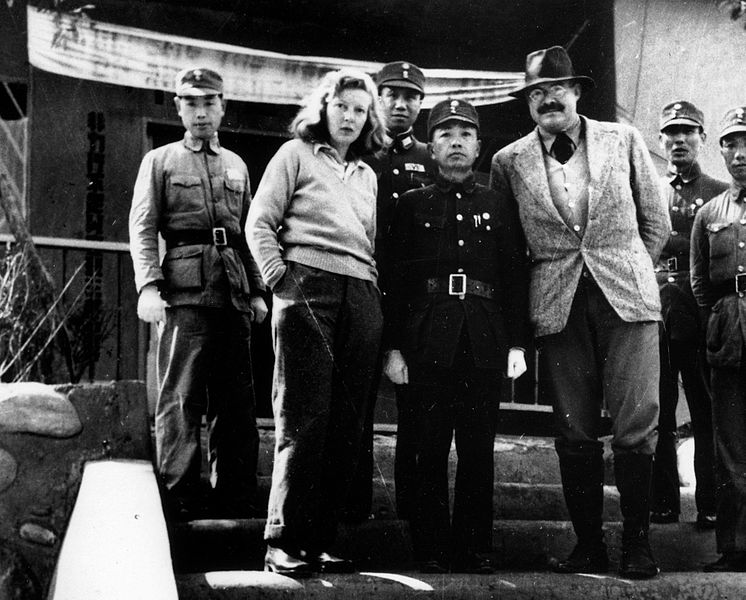 The Bureau’s drone team has been shortlisted for the prestigious Martha Gellhorn Prize for journalism. The winner will be announced tonight at a dinner in London.

The prize honours pioneering war reporter Martha Gellhorn, whose long career included reporting on the rise of Fascism in Europe and accompanying the first American troops into Dachau concentration camp during the Second World War, as well as filing dispatches from Panama, South Vietnam, Nicaragua and Brazil.

Judges have said they aim to recognise reporting that offers what Gellhorn called ‘the view from the ground’.

The award seeks ‘essentially a human story that penetrates the established version of events and illuminates an urgent issue buried by prevailing fashions of what makes news. We would expect the winner to tell an unpalatable truth, validated by powerful facts, that exposes establishment conduct and its propaganda, or “official drivel”, as Martha called it,’ the judges wrote.

The Bureau’s Chris Woods, Alice K Ross and Jack Serle are shortlisted for their work on the two-year investigation into the US’s use of covert drones in Pakistan, Yemen and Somalia.

No formal shortlist has been announced but several nominees have used social media to publicise their nominations. This year’s award appears to focus on the ongoing US ‘war on terror’, with the shortlist featuring reporters who have dedicated months or even years to exclusively reporting on Guantanamo Bay, Yemen and drones.

The shortlist also includes independent US journalist Alexa O’Brien for her in-depth coverage of the trial of Bradley Manning, the soldier accused of leaking documents to WikiLeaks, including the Iraq and Afghan War Logs, and hundreds of thousands of diplomatic cables. O’Brien has assembled a comprehensive archive of transcripts and court documents relating to the case and is now covering the trial live.

Sana’a-based freelance reporter Iona Craig is also shortlisted for her reporting on Yemen, including extensive coverage of the US’s semi-secret campaign in the country. Craig is the country’s correspondent for the Times and regularly reports for USA Today and others.

Andy Worthington, a London-based independent journalist and filmmaker, is shortlisted for his in-depth coverage of the ongoing detention of over 100 individuals at Guantanamo Bay. Worthington has written a book and hundreds of blog posts covering the issue and is a regular commentator on the topic in the media.

Previous winners of the award have included Robert Fisk of the Independent, Nick Davies of the Guardian, Julian Assange, the founder of WikiLeaks. In 2010 an additional award was given to the late Marie Colvin of the Sunday Times.