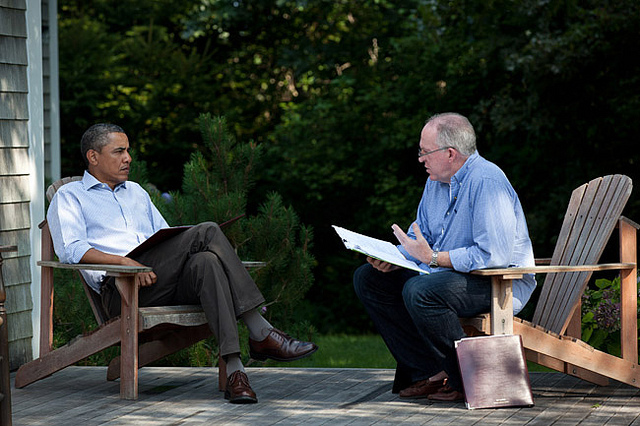 Claims by the Central Intelligence Agency’s new director-designate that the US intelligence services received ‘no information’ about any civilians killed by US drones in the year prior to June 2011 do not appear to bear scrutiny.

John Brennan, President Obama’s nominee to take over the CIA, had claimed in a major speech in summer 2011 that there had not been ‘a single collateral death’ in a covert US strike in the past year due to the precision of drones. He later qualified his statement, saying that at the time of his comments he had ‘no information’ to the contrary.

Related article: US claims of ‘no civilian deaths’ are untrue

Yet just three months beforehand, a major US drone strike had killed 42 Pakistanis, most of them civilians. As well as being widely reported by the media at the time, Islamabad’s concerns regarding those deaths were also directly conveyed to the ‘highest levels of the Administration’ by Washington’s then-ambassador to Pakistan, it has been confirmed to the Bureau.

This confirmation suggests that senior US officials were aware of dozens of civilian deaths just weeks before Brennan’s claims to the contrary.

Jirga deaths
The CIA drone strike in Pakistan on March 17, which bombed the town of Datta Khel in North Waziristan and killed an estimated 42 people, has always seemed a contradiction of Brennan’s official statement.

The attack was later justified by an anonymous US official as a so-called ‘signature strike’ where the identities of those killed was unknown. They insisted that ‘a large group of heavily armed men, some of whom were clearly connected to al Qaeda and all of whom acted in a manner consistent with AQ-linked militants, were killed.’

In fact the gathering was a jirga, or tribal meeting, called to resolve a local mining dispute. Dozens of tribal elders and local policemen died, along with a small number of Taliban.

Within hours of the attack Pakistan’s prime minister and army chief publicly condemned the mass killing of dozens of civilians. Pakistan’s president also later protested about the strike to a visiting delegation from the US House Armed Services Committee, led by Congressman Rob Wittman.

An official Pakistani government document issued at the time reports that Washington’s then-ambassador Cameron Munter was summoned to the Foreign Ministry in Islamabad on March 18 for a dressing-down.

A strongly worded statement reported that ‘Ambassador Munter was categorically conveyed that such strikes were not only “unacceptable” but also constituted “a flagrant violation of humanitarian norms and law”.’

Munter also intended ‘to convey Pakistan’s message to the US Administration at the highest levels,’ the Foreign Ministry press release claimed.

While some challenge Pakistan’s portrayal of some aspects of the meeting, it is not disputed that the Ambassador did indeed convey Pakistan’s concerns to the highest levels in the US government.

‘Not a single collateral death’
Yet three months after the Datta Khel strike, John Brennan would insist that covert US drone strikes were so accurate that they were no longer killing civilians, and had not done so for the previous 12 months.

He told an audience on June 29 that ‘I can say that the types of operations… that the US has been involved in, in the counter-terrorism realm, that nearly for the past year there hasn’t been a single collateral death because of the exceptional proficiency, precision of the capabilities that we’ve been able to develop.’

It is not disputed that the Ambassador did indeed convey Pakistan’s concerns to the highest levels in the US government.

The Datta Khel attack was not the only time that civilians had died in the period referred to by Brennan. Working with veteran Pakistani reporter Rahimullah Yusufzai and field researchers in the tribal areas, the Bureau identified and published details of 45 civilians known at the time to have been killed by CIA drones in ten strikes between August 2010 and June 2011, the date of Brennan’s speech. Many of those killed had died at Datta Khel.

The Bureau presented a summary of its findings to the White House and to John Brennan’s office in July 2011. Both declined to comment.

‘Do you stand by the statement you have made in the past that, as effective as they have been, [drones] have not killed a single civilian?’  the interviewer asked. ‘That seems hard to believe.’

Brennan was robust, insisting that ‘what I said was that over a period of time before my public remarks that we had no information about a single civilian, a noncombatant being killed.’

Military-aged males
A later report in the New York Times provided a possible explanation for Brennan’s robustness. The paper revealed that Washington ‘counts all military-age males in a strike zone as combatants, according to several administration officials, unless there is explicit intelligence posthumously proving them innocent.’

Since all of the civilians killed at Datta Khel were adult males, officials may simply have discounted their deaths. There are no indications that the CIA has amended its records since.

Do you stand by the statement you have made in the past that, as effective as they have been, [drones] have not killed a single civilian?’  the interviewer asked. ‘That seems hard to believe.’

The Bureau has now raised its estimate of the number of civilians killed in the period Brennan claimed none had died to 76, including eight children and two women. The new figures are based in part on our own research and on studies by Associated Press and Stanford and New York universities.

John Brennan, 57, is Barack Obama’s first choice as the new director of the CIA. As the president’s chief counter-terrorism adviser he helped to bring Yemen’s Arab Spring to a reasonably peaceful conclusion. And he also played a key role in the killings of Osama bin Laden, Anwar al-Awlaqi and a host of other senior militant leaders.

Brennan also spearheaded a massive expansion of US drone strikes in Pakistan, Yemen and Somalia.

The American Civil Liberties Union urged caution in appointing him as CIA chief. Calling on the Senate to investigate any recent involvement by John Brennan or the CIA in ‘torture, abuse, secret prisons, and extraordinary rendition,’ the ACLU’s Laura Murphy also urged an end to the CIA’s ‘targeted killing program.’

Mr Brennan’s office did not respond when asked to confirm whether he had been directly informed of the Pakistan government’s concerns over civilian deaths back in March 2011.