December 3, 2012 by Will Fitzgibbon
Published in: Uncategorized
Tweet
Email this 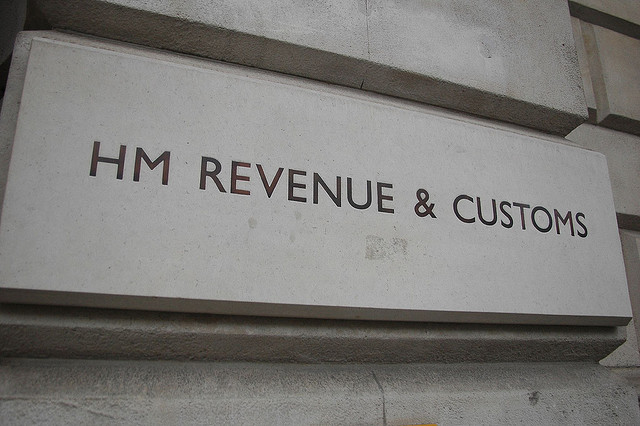 All four non-executive board members of HM Revenue & Customs (HMRC) have extensive links with big business, leading to wide-ranging calls for HMRC to make its key strategic body more representative of British commerce.

Calls for HMRC governance reform follow widespread public and political condemnation of  the legal tax-avoidance tactics used by multinationals such as Google, Amazon and Starbucks. Today, a powerful committee of MPs told HMRC and the Treasury ‘to get a grip’ on big business’s tax affairs.

HMRC’s four non-executive board members, responsible for supporting its ‘strategic direction’, have worked in and continue to work in multinationals with turnovers and employee numbers greatly superior to 99 per cent of UK businesses, including KPMG, Tesco, BT Group and Smith & Nephew.

There is no suggestion of financial impropriety by any of the companies or charities with which HMRC’s non-executive directors are associated.

‘HMRC must become a tax authority representing the interests of all taxpayers – from the individual right up to the largest multi-national.’
TUC General Secretary Brendan Barber

‘Corporate business and corporate governance have mutual interests, which are not in the interests of that which will grow Britain, which is the SME sector. We have placed corporates, and particularly multinational corporates, on a pedestal, as though these are the great businessmen of our day.’

TUC general secretary Brendan Barber said: ‘For the HMRC to be an effective collector of taxes and for it to act in the best interests of all sectors of our economy and society, there is a real case for making the board more balanced than is currently the case.

‘Of course big business has a role to play on the board, but its voice should not be listened to at the expense of everyone else. HMRC must become a tax authority representing the interests of all taxpayers – from the individual right up to the largest multinational. That means small business, civil society and unions need to be as much involved as the large business community.’

The HMRC has an eight-person board that sits a minimum of six times a year. The four non-executive board members receive a base yearly fee of £30,000 and three receive an additional £5,000 for their roles as sub-committee chairs. The role of each non-executive director is to ‘bring guidance and advice ‘ and to support HMRC’s ‘strategic direction’.

‘Non-Executive Directors bring valuable external and commercial experience to HMRC,’ said the non-executive directors in a joint statement. ‘However, they are not responsible for the day-to-day management of HMRC, nor are they responsible for tax policy or for handling confidential individual or corporate taxpayer issues. Furthermore, we require them to raise any potential conflicts of interest whether real or perceived.’

70% of those [small businesses] do not believe HMRC has a genuine interest in helping them as a small business.
HMRC 2012 survey

The statement continued: ‘HMRC appreciates the importance small businesses play in the UK economy and has developed a dedicated approach to supporting Small and Medium Enterprises (SMEs). Our specialist SME teams understand their specific needs and support them through help and education, making it as easy for them as possible to get things right, so they can focus on running their business.’

Yet small firms continue to complain that HMRC is biased in favour of larger companies. In January, the Federation of Small Businesses (FSB) responded angrily to HMRC plans to scale up spot checks on record keeping. This came in the wake of  criticism that HMRC’s former permanent secretary for tax, Dave Hartnett, allowed Goldman Sachs to avoid paying about £10m in interest.

During a 2010 Public Accounts Committee hearing, Labour MP Austin Mitchell criticised Hartnett, saying he and HMRC gave ‘a big advantage to Goldman Sachs – you would not give such an advantage to any small business’.

‘I think they’re unethical,’ Binley says of multinational corporations currently in the firing line, such as Google, Starbucks and Amazon. ‘They may be legally correct but they are ethically way out of line. I think many people in small business abhor their view of how you should twist the taxpayer in order to achieve your own interests.’

A 2012 HMRC survey of more than 1,100 small businesses found that while many experiences in dealing with HMRC are ‘often more positive than anticipated … a significant minority do not believe that HMRC is really on their side: 11% have experienced difficulties with the tone of communication from representatives of HMRC and 70% of those do not believe HMRC has a genuine interest in helping them as a small business.’

Government statistics show small businesses with fewer than 49 employees make up more than 99% of the UK’s 4.8 million private sector businesses and represent one third of all £3,100bn business turnover. A February survey by the FSB found the average turnover of member businesses in the past financial year was £535,000.

While most recent attention has focused on multinational corporations, a report by the National Audit Office released last week confirmed that HMRC is currently investigating 41,000 cases of tax avoidance by small business and individuals. HMRC estimates that the amount of tax avoided by small businesses and individuals has increased to £10.2bn while the amount of tax avoided by large businesses has decreased.

Ian Barlow, who worked for 37 years with KPMG, is currently chairman of The Racecourse Association (with latest available turnover of £12m), a board member of medical technology business Smith & Nephew (£4.2bn), First Debenture Finance (£4.9m), the Brunner Investment Trust (£5.4m) and the British China Business Council (£4.1m) and Trustee of the Historic Royal Palaces charity (£18.7m). In March 2011, the Brunner Investment Trust announced it would allocate investment to three specific areas, of which the first would be ‘[c]ompanies with the ability to grow organically, companies such as Amazon and Google’. In August 2012, Barlow ended his chairmanship of global consultancy firm WSP (£717m) and his non-executive directorship of PA Consulting Group Ltd (£336m), whose parent company PA Holdings has taken HMRC to the Supreme Court to appeal a decision concerning PA Holding’s alleged use of tax mininimisation strategies. A recent freedom of information disclosure  shows HMRC has paid PA Consulting around £273,700 in consultancy fees since 2008.

‘My former role on the board of PA Consulting did not involve managing the organisation or being involved in the procurement of contracts,’ Barlow told the Bureau. ‘There is no conflict of interest.’

Colin Cobain, former chief information officer at Tesco, was appointed to the HMRC board in early 2009 when he was Interim CIO at £45bn American company Supervalu. Cobain now works for two businesses, including his own small business – Cobain Consulting (£119,945) – and Safe Patient Systems (£3m), which in recent years has secured million-pound contracts with the NHS.

Philippa Hird, whose HMRC website biography appears not to have been updated, is the former head of human resources at ITV (£2bn, 2010) and Granada Media Group. Hird is currently a trustee of City University London and a non-executive board member of the Remuneration Consultants Group. While RCG had a turnover of just over £21,000 in 2011, its members include some of the biggest executive remuneration consultancy firms in the UK, including PwC, Towers Watson and Deloitte.