November 2, 2012 by Louisa Loveluck
Published in: Uncategorized
Tweet
Email this 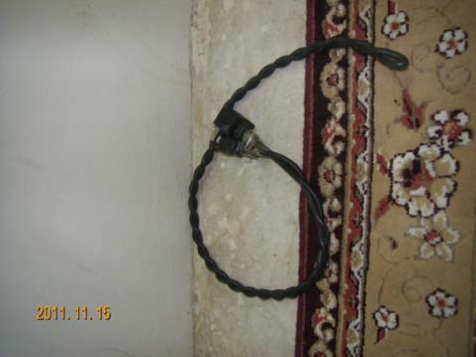 The British government is seeking to lift a moratorium on the transfer of prisoners to Afghan detention facilities where there is clear evidence of torture, the High Court heard today.

The news comes six months after Defence Secretary Philip Hammond was forced to make an embarrassing u-turn on prisoner transfers to Afghanistan.  The shift occurred after new evidence of ‘entrenched’ torture practices came to light. However, the Bureau can now reveal that the government lifted its transfer moratorium on October 16.

The court today granted an injunction preventing any resumption of the transfer of detainees captured by British forces in Afghanistan to the national authorities. This will last until at least 27 November when a judicial review is expected to conclude.

As the decision is subject to ongoing legal proceedings, the Ministry of Defence had no further comment to offer today.

The basis of new assurances that torture will not take place in Afghan detention facilities was reported to the court to have been a conversation between Baroness Warsi and Asadullah Khalid, head of the Afghan security services.

The High Court heard how Warsi failed to question the promises of her Afghan interlocutor, despite Canadian diplomatic warnings about his track record on the alleged mistreatment of prisoners.

Richard Colvin, a Canadian former deputy ambassador to Afghanistan, had previously testified that Khalid was ‘known to personally torture people’ in a ‘dungeon under his guest house’.

The court was also told how British officials put diplomatic niceties ahead of serious human rights concerns on a trip to an Afghan prison in 2011.

‘Fear of causing a scene’ was cited as the reason that no explanation was requested for the presence of an electric flex in an interview between an Afghan Security Services interrogator and a prisoner.

The High Court was hearing the case of Serder Mohamed, an Afghan farmer who claims to have been tortured by security forces in Lashkar Gah.

Mr Mohamed’s case concerns the transfer of prisoners detained by UK troops in Afghanistan to the national security services. His lawyers revealed that the British government holds evidence of the cruelty meted out in the prison to which he was sent in July 2010. This includes reports and photographs of the equipment used, including pieces of electric flex braided into a whip.

Richard Stein from Leigh Day & Co, the legal firm representing Mr Mohamed, said he was ‘extremely relieved’ at the court’s decision to temporarily halt transfers to Afghanistan. He described the evidence presented in today’s session as ‘chilling’.

The High Court had previously ruled that prisoner transfer would be lawful, subject to the observance of specific safeguards. Relying on government evidence, the court found that, providing such safeguards were in place, there was no real risk of torture.

However, in May 2010, Mr Mohamad’s lawyers told the court that Afghan security services had allegedly operated an underground interrogation chamber near the British headquarters in Lashkar Gah. Punishments meted out in this facility included beatings, suspension from the ceiling, electric shocks, and sexual abuse.

A United Nations report released in October last year found that 46% of all detainees interviewed had been tortured in Afghan custody and that torture in five detention facilities was ‘systematic’.

Today’s case has paved the way for fresh criticism of government plans to extend the use of secret courts across the British justice system, allowing intelligence agents to present evidence relating to knowledge of torture behind closed doors.

‘Our parliamentarians must stand firm against plans to do away with centuries-old traditions of open and equal justice.  Otherwise, Government accountability for complicity in torture will become a thing of the past.’