November 2, 2012 by Maeve McClenaghan
Published in: Uncategorized
Tweet
Email this 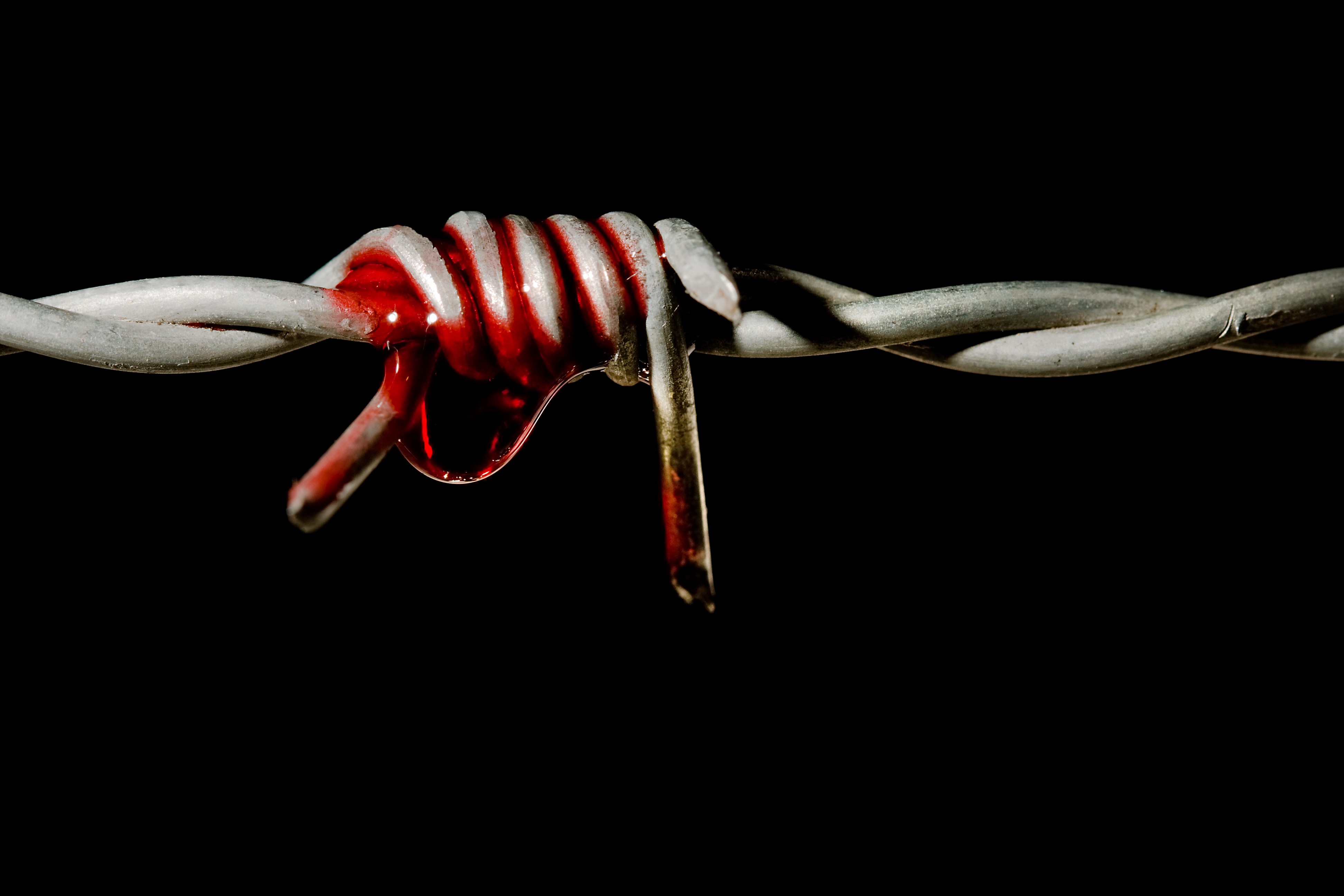 Torture stories from behind the wire (Image via Shutterstock)

At the beginning of 2012 the deputy prime minister Nick Clegg stated that the government ‘completely condemns torture and inhumane treatment’ and that ‘we never support it or ask other people to do it on our behalf.’

They are words that have echoed for decades, in one form or another. The UK is a signatory to the International Convention Against Torture and our political leaders are vociferous about the fact that we do not practice torture. The UK has even gone to war, in part, on the premise of toppling torturous regimes.

But these words are beginning to lose their meaning, juxtaposed as they are against images of orange-jump-suited British prisoners kneeling in the unforgiving Cuban sun at Guantanamo Bay; stories of UK soldiers torturing civilian victims at black-site bases in Iraq; or the sight of British national Binyam Mohammed stepping off the plane back onto UK soil after being held and tortured in Pakistan.

Still the UK government has tried to distance itself from these images. Rogue soldiers misbehave, we are told. The UK had no way of knowing what happens to their citizens held in prisons outside our shores. And, of course, we certainly would never condone such behaviour.

But the cracks in the system are beginning to show. Clegg’s words came in the wake of a decision by the Criminal Prosecution Service that MI5 and MI6 agents would not be charged with the ill-treatment and torture of UK resident Binyam Mohamed while he was in Pakistan. Nor would they be charged for the torture of another detainee who had been held at Bagram Air Base, Afghanistan.

And so the public is left wondering, just who is telling the truth here, and can we believe the government’s denials any more?

The search for answers to these questions has molded much of Ian Cobain’s professional life. As an investigative reporter Cobain has for years followed cases of alleged torture and renditions. He has now pulled together his wealth of experience in the book Cruel Britannia: A Secret History of Torture. The result is a compendium of examples that together lend weight to the argument that not only does the UK practice torture even against its own citizens, but has a well-developed, if informal and unwritten, policy on how and when such methods are used.

How did we get here?
The title of Cobain’s book promises a history and that is what he delivers. The story stretches as far back as the Second World War when one of the most sought after streets in Kensington Palace Gardens became the address for a UK internment base, where prisoners of war were held and interrogated. As their upper-class neighbours went about their daily business, residents of what became known as the London Cage suffered beatings, grueling tasks, were deprived of sleep and forced into stress positions, all in attempts to extract information.

A few years later, during the UK’s colonial rule of Kenya, torture was again used by the British forces to put down the Mau Mau uprising for independence. Just last month those torture victims, now in their 70s and 80s, were told they could sue the UK government for the treatment they received, which they say included castration, brutal beatings and detention.

The rules of the game
But this is a nuanced field, as is treading the line between accepted interrogation techniques, ‘cruel and inhumane treatment’ and ‘torture’.

Cobain deftly charts the experimentation and development of interrogation or torture techniques applied over the years, focusing on treatment mete out in Northern Ireland during the Troubles. The tried and tested Five Techniques used to ‘soften’ those kept in internment were: wall-standing, hooding, subjection to noise, deprivation of sleep, and deprivation of food and drink. Testimony from those subjected to the methods leaves no doubt of their devastating impact.

A review of the methods in 1972 led the prime minister Edward Heath to announce that ‘the techniques […] will not be used in future as an aid to interrogation.’

Yet again though, political discourse and reality turned out to be at odds. Cobain explains ‘while the five techniques employed by the Intelligence Corps and RUC at Ballykelly were said to have been prohibited, other techniques that could persuade a prisoner to talk were not.’ Those other techniques included using electric shocks to jolt information out of suspects. Eight months after Heath’s announcement that the Five Techniques were banned more than twenty men claimed they had been subjected to electric shocks.

Outsourcing the problem
More recently the UK appears to have shifted to a pattern of out-sourcing its interrogations. Leaving the torture methods to other regimes, while conveniently receiving information extracted under duress, prevents blood from staining British hands. It also allows the government to deny knowledge of improper interrogation techniques.

Salahuddin Amin, for example, was a British born man suspected of being involved in a plot to detonate a fertiliser bomb in 2004. Amin was living in Pakistan at the time and, according to Cobain, both British and US government officials asked the Pakistani Inter-Services Intelligence agency (ISI) to find the man. The ISI is notorious for its brutal methods.

After several of his associates were detained and tortured Amin agreed to give himself in. He was whipped, suspended from the ceiling by his arms and threatened with an electric drill all the while being asked questions. Later he would be visited by two MI5 officers, calling themselves Matt and Richard, who would repeat the questions, sometimes in the room where he had previously been tortured.

MI5 does not dispute these facts. It maintains that its officer acted properly and within the rule of law because they could not be expected to know that Amin was being tortured. ISI officials, on the other hand, told Human Rights Watch that the UK and US ‘were perfectly aware that we were using all possible means to extract information from him and were grateful that we were doing so.’

There are others. In the case of Alam Ghafoor it seems UK secret services were not only visitors to the prison but may have been overseeing the process.

Ghafoor, from West Yorkshire, was in Dubai when the 7/7 bombings tore London apart. He was dragged to an interrogation centre where he was beaten, deprived of sleep and forced into stress positions. His captors told him he would be killed and fed to dogs.

Later he was released without charge and allowed to leave country. Back in the UK Ghafoor demanded that the Foreign Office hand over correspondence passed between London and British diplomats in the United Arab Emirates. The documents were handed over but with some names redacted, but what clear was that British consular officials had not been asking UAE authorities for permission to visit Ghafoor. Ghafoor believes the redacted name is someone in MI6, and that they were running his imprisonment in Dubai.

Sign off
Potentially the most shocking element of Cobain’s book is that top government ministers were not only aware of, but giving their permission for, the interrogation of British citizens in foreign jails.

In some ways the document reads in line with public statements made by politicians.

But that is not to stop the agencies engaging with regimes they know use torture, especially if they have assurances that torture will not be used.  Sometimes even these assurances are not called for and senior officers can ‘balance the risk of mistreatment and the risk that the officer’s actions could be judged to be unlawful against the need for the proposed action.’

The buck stops higher than the secret services. The document also dictates that intelligence officers need to ensure their work is signed off by ministers, who hold the final responsibility. The policy states ‘In particularly difficult cases, senior management may need to refer the matter upwards, and in some cases it may be necessary to consult Ministers.’

This is to ensure ‘that appropriate visibility and consideration of the risk of unlawful actions takes place.’

According to Cobain, by mid-2007 this referral system was happening regularly.  He states that David Miliband, then foreign secretary, was consulted by MI6 when they wanted to conduct an operation where there was a possibility that a person could be tortured. Cobain suggests that if the request got as far as the minister, then torture was probable rather than a vague possibility.

Home Office ministers Jacqui Smith and then Alan Johnson handled similar requests from MI5. When Cobain asked their about their roles in authoritisn operations: ‘Miliband and Smith issued statements saying they would never sanction torture, but declined to answer questions about the matter. Johnson remained silent.’

The marks that it has given you
In just over 300 pages Cobain charts a tangle of cases that together produce a damning picture of the UK’s interaction with torture.

Meanwhile, the stories keep coming in. Just today the High Court heard arguments from the government who are attempting to lift a moratorium on handing over Afghan detainees to prisons where there is clear evidence of torture.

The ultimate chapter of  Cruel Britannia is prefaced with an epigraph from George Orwell’s essay England Your England. The quote reads: ‘The suet puddings and the red pillar-boxes have entered into your soul. Good or evil, it is yours, you belong to it, and this side of the grave you will never get away from the marks that it has given you.’

As Cobain coaxes the truth out into the light, one cannot help but feel that the marks of torture inflicted on so many, are part of us all. An indelible stain on Britain past and present.