October 31, 2012 by Will Fitzgibbon
Published in: Uncategorized
Tweet
Email this 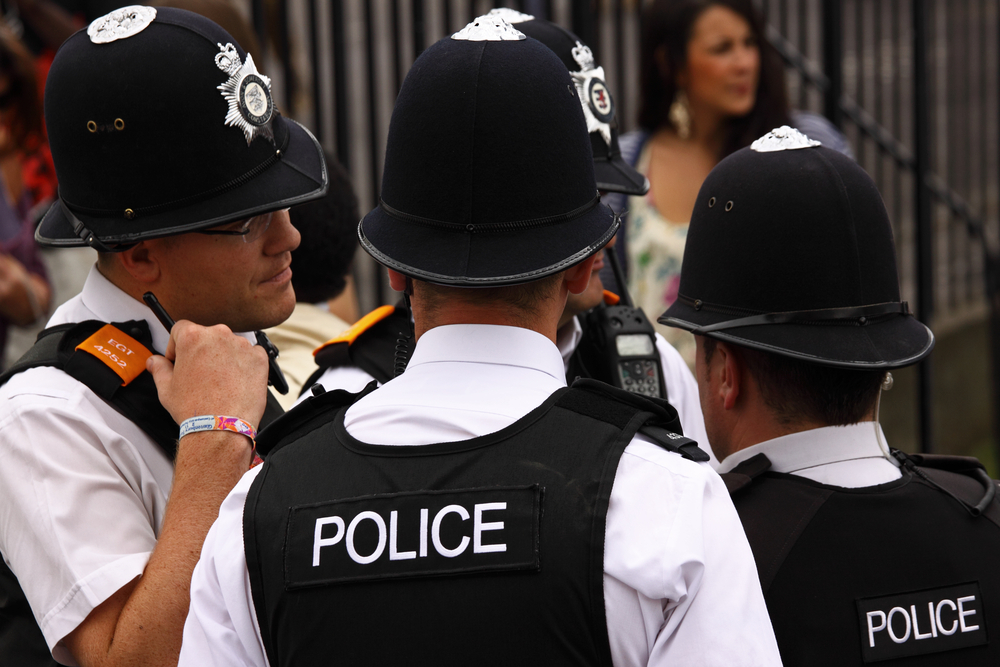 Police: is anyone really listening to them any more? (Image via Shutterstock)

While authorities in England and Wales are busy encouraging unconvinced voters to elect the first ever Police and Crime Commissioners on Thursday, 15 November, the BBC’s flagship radio current affairs programme File on Four reports that calls by cash-strapped senior police officers’ to reduce the number of police authorities have fallen on deaf political ears, exposing a stark division between political leaders and police officers.

England and Wales’ 43 police authorities are currently under pressure to cut real spending by 20% by 2015 as outlined in the 2010 Spending Review. With fewer resources available, more and more police officers are advocating for reform of the ‘antiquated’ police system.

It’s an old complaint: a 2005 official report, Closing the gap, wrote that ‘[p]ut simply, when viewed from the context of the range of challenges and future threats now facing the service and the communities it polices, the 43 force structure is no longer fit for purpose.’ Based on File on Four’s interviews with senior police officers, the cry for reform has only intensified.

Related article: How many have died after police restraint? MP calls for inquiry

But politicians on both sides appear unwilling to undertake the root and branch reform of the police system. ‘Local policing’ is the catchphrase of the day.

‘There has historically been no desire to do that [amalgamate police forces] in government,’ Sir Hugh Orde, President of the Association of Chief Police Officers (Acpo), who supports reducing the number of police authorities ‘probably to single figures.’

File on Four presenter Gerry Northam calls this battle of ideas ‘a fundamental split between north and south of the border and between the Home Office and the highest levels of England and Wales’ policing.’

Above the border, however, Scotland has already set in motion measures to introduce a unified Police Service of Scotland from 1 April 2013. Despite incurring job losses, the project has wide political support in a way unthinkable in England and Wales.

‘We’re making a virtue of a necessity,’ said the Scottish Cabinet Secretary for Justice, Kenny MacAskill, in explaining the benefits of saving £1.66 billion through merging the eight Scottish police authorities into one.

The new head of the Police Service of Scotland, Stephen House, told File on Four that merging forces in England and Wales is ‘inevitable.’

‘Everything is driving that way,’ House said.

And although political and popular opposition to mergers in England and Wales make the subject something of a ‘taboo’, cash strapped constabularies have been banding quietly together to scrimp and save.

A recent report by Her Majesty’s Inspectorate of Prisons has found that ‘the use of collaboration is both widespread and increasing’ and is expected to create estimated savings of £169 million by March 2015. Most collaborations occur in ‘back office’ operations, including IT and forensic and major crime units. The move towards collaboration is so strong that one sixth of all policing is expected to be done this way by 2015.

Police authorities merging services to save money has become a common news piece over recent years. But File on Four’s added value in this programme is in its hammering home the under-explained and timid policy-making of successive UK governments in refusing to reform an antiquated system that even its most senior officers say is needed.

As the other parts of the BBC’s News and Current Affairs are getting dirty in the fallout of the Savile affair, it’s worth noting that the jewel in the crown of BBC radio reporting output – File on Four – still sparkles.