October 16, 2012 by Adam Wagner
Published in: Uncategorized
Tweet
Email this 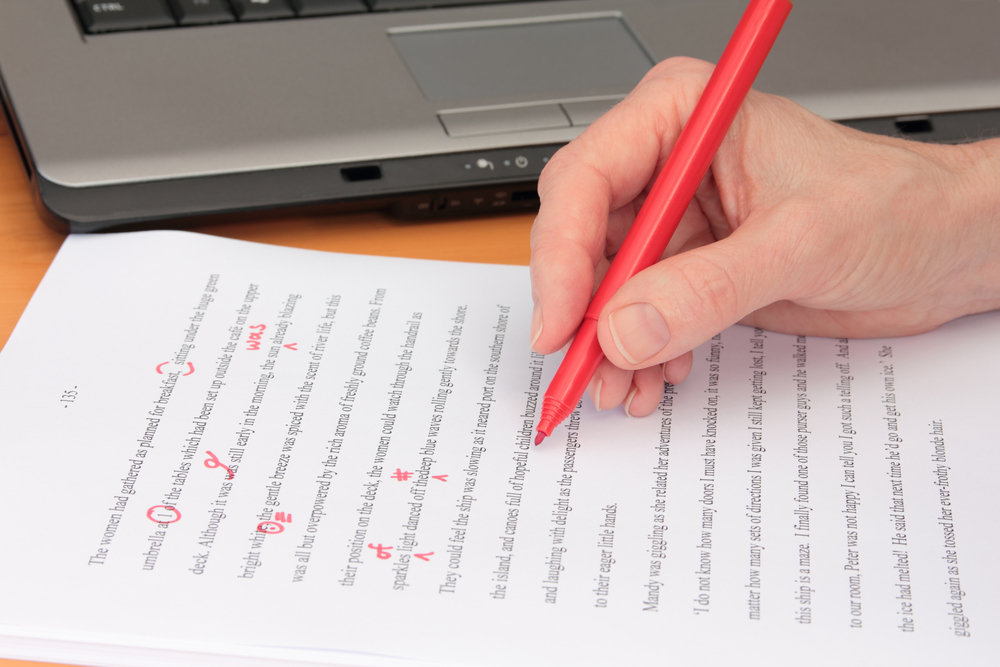 The definition of ‘blogging’ is now extremely wide, so much so that the term ‘blog’ has become in essence meaningless. A blog can be a ‘web log’ within the original meaning of the word, that is a ‘personal journey’ published on the World Wide Web consisting of discrete entries (‘posts’)’but it can also be a news and comment website such as the UK Human Rights Blog, a photo-sharing website, a website promoting a business.  In fact, practically any website can call itself a blog.

Mainstream newspapers now produce ‘blogs’ online and as such the boundary between traditional journalism and blogging has also become unclear. The number of websites calling themselves blogs is phenomenal. There are now over 70m sites registered on WordPress alone, accounting for 800m page views each week. This is a significant proportion of the total number of internet sites worldwide. Moreover, Twitter allows individual users to publish statements and is in effect a smaller-scale (in respect of length of individual posts) version of blogging within its original meaning.

Ethics should play a role in blogging, in the same way that ethics should play a role in society generally. It is in society’s interest that people are free to follow their chosen system of ethics, as long as their system of ethics does not unduly impinge on the freedom of others. Maintaining this, sometimes uneasy, balance is the basic task of a democratic state. A rough ethical system is emerging in respect of blogging and tweeting. This is not officially enforced by sanctions, but is unofficially enforced by other users. For example, one important principle of blogging is attributing (usually linking to) sources used in a post.

Regulating blogs
Barristers are regulated by the Bar Standards Board and blogging and tweeting are certainly caught by the Code of Conduct: a barrister was recently fined £2,500 for anonymously publishing inappropriate tweets during a trial, conduct which was found to be ‘likely to diminish public confidence in the legal profession or the administration of justice or otherwise bring the legal profession into disrepute’. I argue that the Bar Code of Conduct and the Legal Services Act 2007 also place lawyers under a professional obligation to increase public understanding of law through, for example, activities such as blogging. I do not think blogs can or should be regulated by a domestic system of regulation, for the following reasons:

Regulation is just not about formal ‘black-letter codes’ with sanctions and enforcement agencies. Regulation also means simply that things are done better than they otherwise would be: for example, when one ‘regulates one’s own conduct’. Bloggers and others in social media are willing and able to call out media excesses and bad journalism. The reaction is immediate and can be brutally frank. They are sometimes wrong, as are formal regulators. But they can take time and allow the media to produce better, more well-informed stories.

Bloggers and others in social media are particularly willing and able to ‘call out’ each other’s conduct. The blogosphere and Twitter provide a vibrant, fast-moving and sometimes rather unforgiving arena for debate. As such, an enormous amount of self-regulation and correction already takes place. This is to a large extent the whole point of social media. People enjoy observing a lively debate, and Twitter demonstrates the extent to which they are also enthusiastic to contribute. Moreover, the more prominent a blogger or blog post, the more it is likely to be the subject of comment and criticism. This is an efficient system as almost by definition the more influential a blog post, the more heavily it is peer-reviewed.

Correcting the press
The primary reason for setting up the UKHRB was to act as a corrective to bad journalism about human rights, and in under two years it has become a trusted source of information for journalists, politicians, those in government and members of the public. UKHRB operates alongside a number of other excellent legal blogs, run by lawyers, students and enthusiasts for free, which provide a similar service in respect of other areas of law. I would highlight, for example:

Human rights is an example of an area of law that is often misrepresented by the mainstream press. This can be the result of a lack of legal expertise amongst journalists, but also represents some newspapers’ editorial positions that are if not anti-human rights, then certainly anti-Human Rights Act. It is no coincidence, in my opinion, that the Human Rights Act 1998 is also widely considered to have bolstered privacy rights and as such threatens the celebrity news-driven business model of most newspapers.

Five examples of bad human rights coverage that have been corrected by UKHRB, include:

This claim, and the ensuing ‘Catgate’, is the most famous example of the misrepresentation of human rights law in the past year, and perhaps ever. It involved the Home Secretary’s claim at the Conservative Party Conference: ‘We all know the stories about the Human Rights Act… The illegal immigrant who cannot be deported because – and I am not making this up – he had a pet cat.’

This myth was initially propagated by the press in 2009, and despite being rejected by the judiciary’s press office at the time, the story was repeated a few weeks prior to the Party Conference in the Sunday Telegraph, which is probably why it was included in the Home Secretary’s speech. Moreover, despite the claim subsequently being rubbished by, amongst others, the Justice Secretary who called it a ‘complete nonsense example’, the Daily Mail still reported (‘Truth about Tory catfight: Judge DID rule migrant’s pet was a reason he shouldn’t be deported’) that the Home Secretary’s claim was accurate (for that reason, I placed the newspaper on the ‘legal naughty step’, a ‘regulatory’ innovation by the excellent Nearly Legal housing law blog).

On 12 January 2012 the Daily Mail (‘Europe’s war on British justice: UK loses three out of four human rights cases, damning report reveals’) and Daily Telegraph (‘Britain loses three in four cases at human rights court’) reported – entirely uncritically – a report written by a Parliamentary Aide and signed by 10 backbench MPs which claimed the UK lost three out of four cases in the European Court of Human Rights. This was a misleading statistic as it ignored the thousands of cases brought against the UK that are struck out at an earlier stage, which amounts for around 97 per cent of all applications

In October 2011 the Times’ front page headline was ‘Britain can ignore Europe on human rights: top judge’. Upon analysis, the headline bore no relation to Lord Judge’s comments to the House of Lords Constitution Committee (see from 10:25). It is also based on a fundamental misunderstanding of how the European Convention on Human Rights has been incorporated into UK law.

Myth four
‘We must regain right to kick out foreign criminals’

A Daily Express editorial comment in respect of a European Court of Human Rights deportation decision was riddled with inaccuracies and misrepresentations of the specific case and human rights law generally.

This claim is made regularly by newspapers which are seeking to reduce the European Convention on Human Rights’ influence on deportation decisions e.g. see the Daily Telegraph: ‘The government had been prevented from deporting Chindamo to Italy, where he lived as a child, because of the Human Rights Act’. But Chindamo’s case was not decided according to human rights law. As was widely reported at the time of the tribunal decision in 2007, Chindamo’s arguments under the Human Rights Act played second fiddle to the main thrust of his case, which was founded on of EU freedom of movement law.

Despite this, the claim has been repeated for years in order to support a campaign against the Human Rights Act. In my view, there are a number of reasons why human rights law is often misreported, all of which can be applied equally to other poorly reported areas of law:

This case has a very interesting history that highlights many of the legal complexities relating to the regulatory and legal sanctions which the Leveson Inquiry is investigating. Although the mother involved was ultimately found by Sir Nicholas Wall to be a fabricator who had coached her daughter to lie about being abused by her ex-partner, her case was taken up enthusiastically by journalists such as Mr Booker and also John Hemming MP, who chose (before Ms Haigh was exposed as a fabricator) to expose the ‘super-injunction’ against her in Parliament. Elizabeth Watson, a ‘private investigator’ who published allegations made by Haigh online, was subsequently sentenced to nine months in prison (later suspended) for contempt of court arising from her blog about the case.

The final factor mentioned above, wilful/reckless misrepresentation, is the most insidious. It is also the area where social media can and do help create balance through a free market for ideas. UKHRB regularly criticises articles about law in the mainstream media, as well as ‘naming and shaming’ journalists, and enough journalists read the blog (many subscribe by email or Twitter) for this to have some impact. For example, the Daily Telegraph’s Christopher Booker responded directly to my post asking whether journalists need to attend court to report on trials:

I was again attacked last week by a prominent legal blogger, for reporting on cases where the system appears to be going tragically wrong, without having sat for days in court to hear ‘both sides of the story’.

Recommendations
I would counsel against the idea that in future only accredited journalists should be provided with access to certain places or information privileges (as proposed by Paul Dacre in his evidence to the Leveson Inquiry). Although I understand the rationale: providing an incentive to journalists not to lose their press card by way of a disciplinary sanction; this could have a significant detrimental effect on the work of non-professional ‘citizen’ journalists.

It is also hard to see the justification for rewarding journalists with additional privileges whilst punishing bloggers etc. by removing privileges given that it is the poor ethical conduct of professional journalists that has led to the need for an inquiry into the ethics of the press. The legal blogs mentioned above help to correct bad legal journalism but also improve public understanding of the law. The sheer number, range and quality of legal blogs is in my opinion an excellent example of the public utility which blogging and citizen journalists can provide.

Of course, there are bad blogs too. But any proposed system of regulation which could effect all blogs must be considered very carefully indeed as it risks having a significant chilling effect on the excellent work that many bloggers currently do.

(c) Adam Wagner. This is an extract from Justice Wide Open, a collection of working papers published in June 2012 as part of the ‘Open Justice in the Digital Era’ project at the Centre for Law, Justice and Journalism, City University London, http://bit.ly/openjustice.