September 17, 2012 by Alice K Ross, Will Fitzgibbon and Nick Mathiason
Published in: Uncategorized
Tweet
Email this 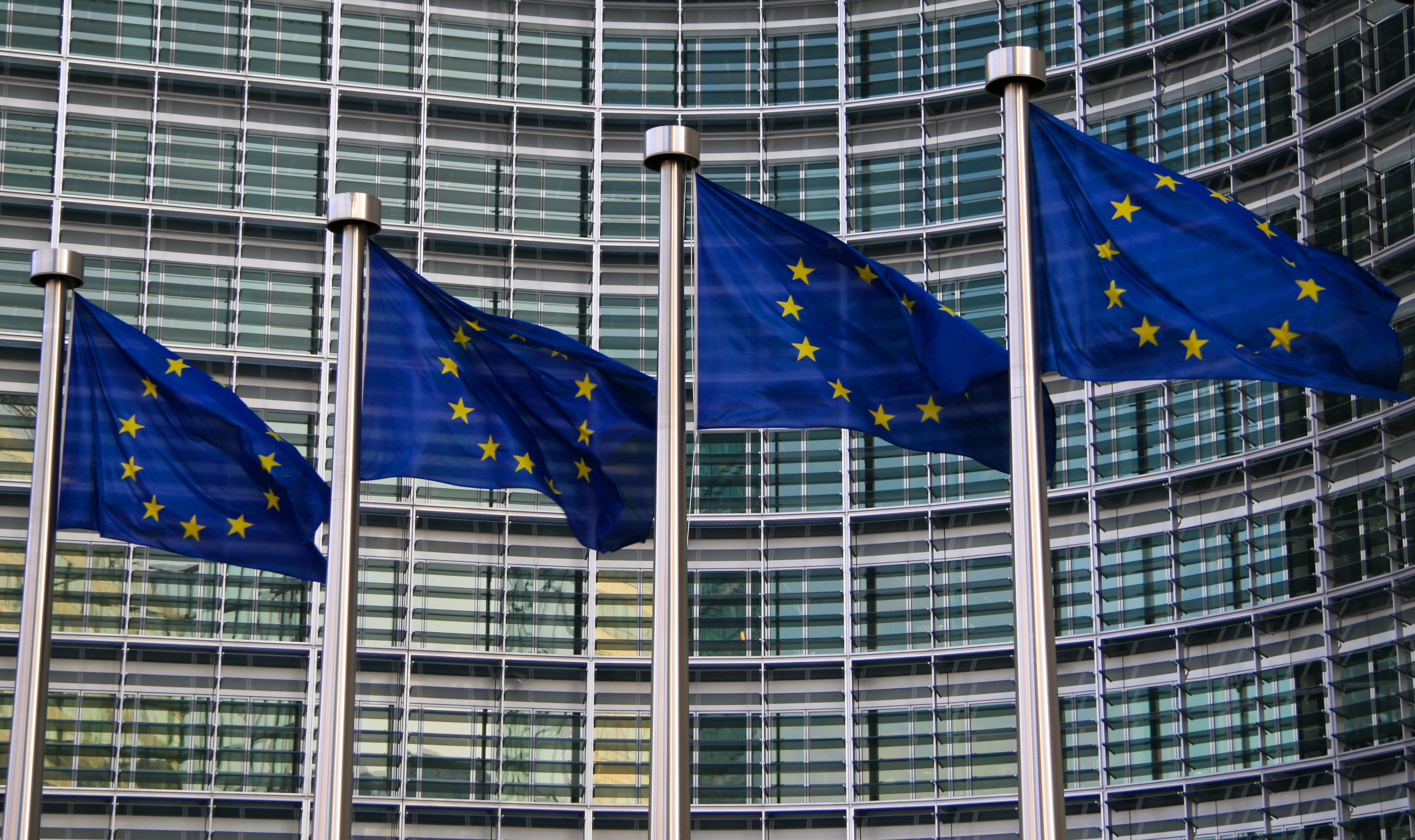 The European Parliament plans to crack down on HFT through the revised Markets in Financial Instruments Directive (Mifid), which governs European financial markets. The first directive came into force in 2007, allowing financial exchanges to compete with one another. In the process it created new opportunities for HFT, then in its infancy.

There are some systemic risks that need to be addressed.’
– Kay Swinburne, economic affairs committee
The new draft legislation, Mifid 2, is based on proposals put forward by the European Commission last year. It tackles market issues ranging from regulating commodity markets to investor protection. But its most hotly debated proposals are its measures dealing with high frequency trading.

‘We’re still in a situation where HFT or algorithmic trading is one of the key disputes in parliament,’ said Philippe Lamberts, a Green MEP.

What’s on the table
The measures being debated by MEPs include:

• Circuit breakers that halt trading when prices make large, sudden movements;
• Minimum holding periods designed to slow the pace of trading;
• Forcing traders to reveal the purpose of their algorithms to regulators;
• ‘Minimum tick sizes’ that specify the smallest fractions of a penny that can be traded;
• Enforcing a limit on the number of orders traders can place and then cancel;
• Ending the preferential ‘low-latency’ electronic connections to stock exchanges that allow high frequency traders to trade at faster speeds than their rivals.

MEPs have suggested over 2,000 amendments, and are now in compromise discussions. But there is political support from across the spectrum for stronger controls on HFT.

‘We are at the very early stages. What we have seen in the Commission’s proposals are unlikely to stay untouched,’ former investment banker and Conservative MEP Kay Swinburne said. She added: ‘There are some systemic risks that need to be addressed.’

Some MEPs, including socialist and green party members, want to end HFT in Europe entirely; others told the Bureau they believed new curbs were needed.

‘My wish is that HFT would be completely prohibited. But it is only a wish,’ French socialist MEP Pervenche Beres told the Bureau.

Lamberts agreed: ‘It should be prohibited or hampered to become irrelevant.’ But this view is ‘not really shared’ among committee members, he said, and he expects to vote against the amended legislation.

Left-wing committee members are pushing to slow trading and reduce the microsecond advantages high frequency traders can gain over their market rivals. Measures include minimum latencies – the speeds at which information is passed between stock exchanges and traders – and enforcing minimum ‘resting periods’, defining how long traders need to hold onto stock before selling them.

We must be careful not to introduce measures based on the assumption that high frequency trading is, per se, harmful to markets,’

Not all MEPs are convinced. ‘There’s no evidence that latency will benefit the market: the same players will line up their orders. I’m yet to be convinced it’s the best way to influence HFT. I would prefer to look at the strategies individual firms are using,’ Dr Swinburne told the Bureau.

There is broad support for obliging some HFT firms to act as ‘market makers’, obliging them to trade even in sour markets.

‘You’ve now got a problem that the top 25% most lucrative stocks have market makers, but below that there’s very little liquidity at the moment because there are no market makers – so for the overall liquidity and for those smaller names it would be beneficial to have traditional market makers return,’ Swinburne explained.

Yet a report by the UK government’s Foresight project, released just as MEPs returned from their summer break to begin negotiations, warned forcing companies to act as market makers ‘could force high frequency traders out of the business of liquidity provision’ altogether.

Related story – The A to Z of high frequency trading

The move to put the brakes on HFT across Europe has met stiff opposition from the City of London and the UK government.

‘We must be careful not to introduce measures based on the assumption that high frequency trading is, per se, harmful to markets,’ warned the Financial Services Authority (FSA), responding to the draft legislation on behalf of the government. It rejected several of the proposed measures. The British Bankers’ Association described the requirement for some traders to become market makers as ‘particularly onerous’. The Treasury supports HFT arguing it brings liquidity to markets and reduces costs.

Policy exchange
Exchanges and the HFT industry have campaigned against the measures in public and behind closed doors. Exchanges have been ‘very vocal’ about HFT, and a key priority has been to ‘preserve all HFT’, Kay Swinburne told the Bureau.

HFT has become a significant earner for exchanges: demand for servers located close to the exchanges and high-tech data feeds is highly lucrative.  Exchanges have slashed their trading fees to compete for their custom – and some even pay rebates on trading fees to entice the HFTs.

Leading the debate has been the London Stock Exchange (LSE), which runs a platform aimed at HF traders, Turquoise, and owns HFT technology that it has sold to stock exchanges from Johannesburg to Mongolia.

While HFT should be ‘subject to more supervision’, overall there was ‘no evidence of market failure’, the LSE said in its response to the consultation. It warned of grave consequences to pushing high frequency traders away from the market, including higher trading costs.

Other intense discussions have been going on behind the scenes. In total, exchanges including Nasdaq, Deutsche Borse, NYSE Euronext, Bats Europe and Chi-X, and public affairs firms hired by them, have met with British MEPs at least 49 times over the period to discuss Mifid 2.

Fleishman Hillard earned up to €50,000 (£40,000) each last year from representing exchange Chi-X and trading platform Equiduct, as well as up to €150,000 representing investment company Citadel, which has a substantial HFT arm.

Specialist HFT companies have banded together to form a campaign group, the FIA European Principal Traders’ Association (Epta), which has issued position papers and lobbied politicians in the UK and EU.

Epta’s chairman Remco Lenterman gave a presentation to the Foresight project’s senior panel at the Bank of England last October, Freedom of Information records show. The following month, Epta representatives attended a meeting at the FSA alongside Treasury officials.

Lenterman told the Bureau this was part of wider measures to improve understanding of HFT. ‘We’ve never really had to engage with the outside world. It’s about engaging and explaining what we do,’ he said.

The Futures and Options Association (FOA) has also taken a keen interest in HFT. It planned a series of meetings and events to lobby MEPs on issues surrounding HFT, with its head of regulation Kathleen Traynor telling the press: ‘The FOA is dedicating a lot of its resource to ensuring the trading and markets issues are properly clarified’.

It organised a meeting in May, two days before MEPs were due to submit their amendments to the proposed legislation, to lobby MEPs against minimum resting times and against a centrally imposed ratio of cancelled orders.

The intensity of lobbying around HFT has frustrated MEPs. ‘Mifid is about the entire market infrastucture, but HFT is taking up a disproportionate amount of time,’ said Swinburne.

The economic affairs committee will vote on the proposals later this month. Despite the lobbying push and the City’s opposition, there is consensus that they will be tough on HFT. But the legislation then moves to the Council of Ministers, where a Treasury minister will sit alongside his European counterparts to agree amendments.

Independent investors said they hoped Mifid 2 would shield them from HFT practices, which are often accused of distorting stock markets and profiting at the expense of traditional market players.

‘We would applaud the Mifid 2 measures: there are quite a few good things coming out of Europe to protect private investors, which are being resisted by the City of London and government which are too protective of the UK’s financial services, so it seems to be to Europe that private investors should be looking,’ said Eric Chalker, policy director of the UK Shareholders’ Association.