July 24, 2012 by Jack Serle
Published in: Uncategorized
Tweet
Email this 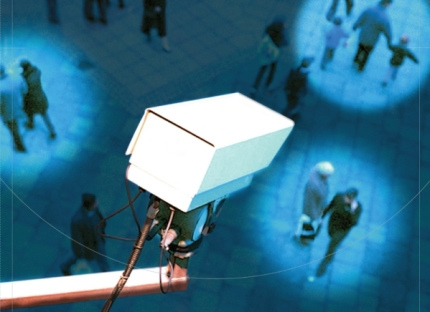 Watch out a spy’s about. Surveillance software can be used to spy on protestors of brutal regimes.

Legislation allows the British government to restrict or stop exports if they are capable of aiding repression or breaches of human rights. But the NGO says that despite repeated requests the government has failed to take any concrete steps to stop British surveillance technology being exported to oppressive regimes.

Privacy International lawyers have contacted the Business Secretary Vince Cable, giving the government 21 days before filing for a judicial review of their inaction. The rights group may also seek an injunction to stop British companies maintaining and updating the systems they have already sold.

British firms are part of a highly secretive international industry. Bureau analysis of marketing brochures released by Wikileaks and Privacy International revealed the scale of the industry, worth £3.2bn worldwide.

The sales literature – the Spy Files – were meant only to be handed out at trade fairs, seen only by key contacts like government agencies and the police.

The document cache revealed the bewildering array of technologies designed for mass surveillance. The pervasive kit exploits weaknesses in software and unwitting users.

The Spy Files showed many surveillance industry products are dual-use. Tools designed for a benign purpose but with malicious secondary applications.

For example, commercially available software intended to block certain websites is sold to corporate clients by American firms Cisco Systems and Blue Coat Systems. The same technology is used to block social networking sites in countries like China. It is usually sold to such regimes by third parties not overseen by the original manufacturer.

The Bureau has exposed technology made by British companies being used in countries run by brutal regimes.

Finfisher software that allows a user to secretly take control of someone’s computer, made by Hampshire-based Gamma Group, was found in Egypt after the fall of Hosni Mubarak’s. It had been sold on to the ousted despot by a third party.

The spies at government listening station GCHQ approved the sale of a software system to Iran that allows the geographic tracking of mobile phones. Surrey-based Creativity Software was given permission to sell the system to the 51% state-owned telecoms provider Irancell.

It will be a considerable challenge to break the government’s inertia on the surveillance industry. It includes major defense firms BAE Systems and Thales UK.

Eric King of Privacy International is unperturbed, saying: ‘The government must stop exports of British surveillance technologies to despotic regimes before more harm is done.’