July 20, 2012 by Maeve McClenaghan
Published in: Uncategorized
Tweet
Email this 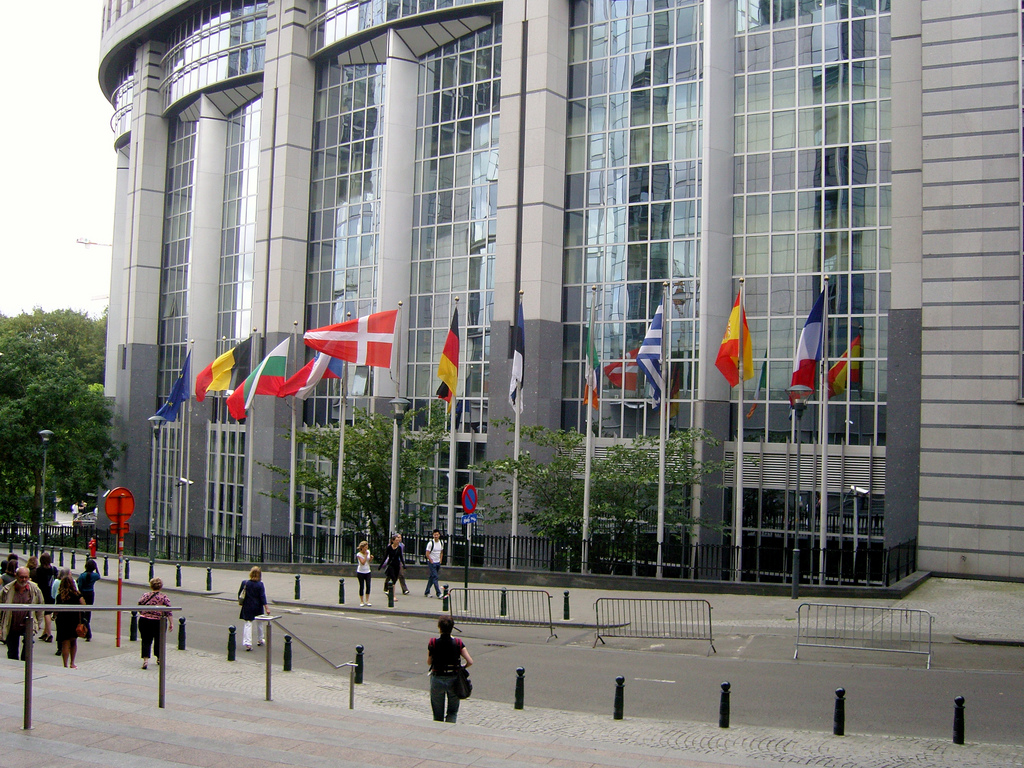 How transparent is this parliament made of glass?

Last year’s ‘cash for law’ scandal shook the European Parliament into tightening up its monitoring processes. However, a recent report now reveals the newly introduced checks and balances may not be going far enough.

Researchers from Friends of the Earth reviewed the declared interests of the 754 MEPs in office in European Parliament and found many declarations incomplete, vague and, in some cases, even illegible.

Shaken by the revelations Jerzy Buzek, then President of the parliament, reacted by announcing a tightening up of monitoring. Thus was born a code of conduct for MEPs, which laid out rules for politicians declaring their financial interests.

Members were asked to declare what their occupation had been in the three years before taking office, as well as their membership on boards or committees. The aim of such a register was to highlight any potential conflicts of interest that could arise.

Reviewing progress
The code entered into force in January 2012. Six months on Friends of the Earth (FoE) systematically reviewed the declarations received from MEPs, in order to assess their use.

MEPs influence and vote on key legislation, which impacts at both a regional and national level. A House of Commons research paper estimated that 20% of British legislation originates from the European parliament.  As such the transparency and legitimacy of its members is key.

However, despite the best intentions of the code, nearly 12% of the declarations were empty, that is to say the MEP had not provided information about their employment in the 3 years before joining parliament.

Other MEPs were clearly not taking the process seriously. MEP Jens Rohde, from Denmark, filled in the form indicating that before joining parliament he was ‘Master of the univers’ [sic] with a monthly salary of 10,000 euros. Worryingly the apparent joke appears not to have been picked up prior to FoE’s research, leaving questions as to whether the declarations are being reviewed and monitored.

More seriously, French EPP representative failed to mention that he was successively Minister of Immigration, Labour and Home Affairs under Nicolas Sarkozy.

Outside interests
The report revealed that 118 MEPs (16%) declare remunerated activity outside of their mandate while 52% declare membership of boards or committees. Of those on boards/committees almost 40% said they have more than three memberships. These memberships include being on the board of private companies and foundations, NGOs and national or European political parties.

Only 6% of MEPs declare having holdings in companies or partnerships. However the code only asks MEPs to declare holdings that give them a ‘significant interest’, a term open to interpretation.

The report also notes that there is not an easily searchable database of the declarations. Rather, interested parties have to read each document as a PDF file. Given that some are handwritten and scanned this can prove problematic, the handwriting on some forms is illegible.

Paul de Clerck of Friends of the Earth Europe, said: ‘We are encouraged to see that almost all MEPs have filled in their declaration, which suggests widespread awareness on the need for the European Parliament to improve its records on transparency and ethics. However, one in four MEPs claim to have had no occupation before entering the Parliament and this raises serious questions about the accuracy of the data provided and highlights the need for stricter monitoring of the declarations. Given the significant number of MEPs declaring outside interests, a review by President Schulz of the risks of potential conflicts of interest is very much needed.’

Making sense of the numbers
This report throws a light on the importance of declarations of interest from MEPs, and reveals the limitations of paperwork that is not actively monitored and policed.

However without linking potential conflicts with actual practice this remains nothing more than an academic exercise. While the report shows some MEPs not taking the process seriously it does not reveal how conflicts or influences have shaped legislation. Meanwhile, it is unclear whether the introduction of the code will have any effect in dissuading MEPs from the kind of underhand dealings revealed by the Sunday Times.

Read Friends of the Earth’s Transparency in the European Parliament report here.