June 25, 2012 by Emma Slater and Dan Bell
Published in: Uncategorized
Tweet
Email this 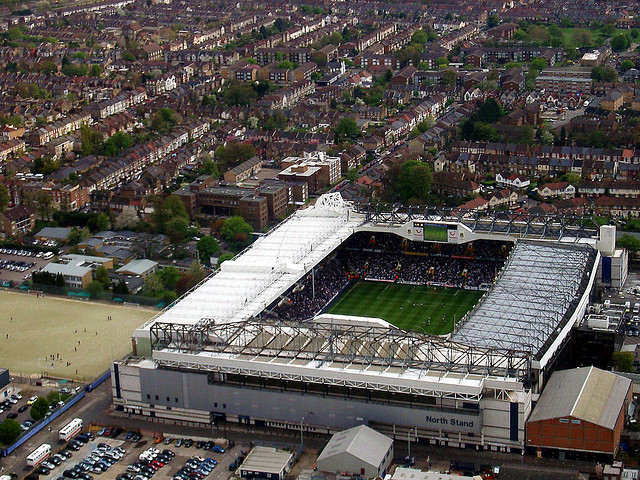 A Bureau investigation into men’s health in London has found startling disparities between life expectancies for men and women, with women in some areas of the capital living over a decade longer than men.

The wards with the largest gaps in life expectancy were located in the boroughs of Haringey, Newham, Brent, Hackney, Hammersmith & Fulham, Westminster, Lambeth, Camden, and Southwark.

The Bureau contacted the Primary Care Trusts in these areas to determine the causes for low men’s health expectancy, and to ask whether there have been any initiatives set up to address men’s health.

Through FOI requests, the Bureau found that in Haringey, Brent, Hammersmith & Fulham, and Camden, NHS Primary Care Trusts (PCTs) spent a total of £4,830,095 commissioning women’s services outside the NHS over the past five years, and nothing on men’s. Westminster PCT did spend a significant amount on men’s services: £272,478, but spent £423,560 on women’s services – 50% more.

In Lambeth and Southwark, more was spent on men’s services, but two of the boroughs with the worst disparities – Newham and Hackney, refused to answer.

Tottenham Green and Northumberland Park, two wards in north-east Haringey, are among the most deprived in the capital (Index of Deprivation, census 2010). In both, men have low life expectancies: 71.3 years in Tottenham Green and 71.5 in Northumberland Park – that’s nearly seven years lower than the UK average. There are also large gaps between male and female life expectancies, with women living eight to nine years longer than men in these wards.

A spokesperson from Haringey PCT told the Bureau that the main contributors to the gap in male life expectancy are cardiovascular (circulatory) diseases and cancer, which together cause 54% of the earlier deaths.

In addition, men in these wards suffer from lung or respiratory disease, largely caused by smoking, and digestive diseases, including alcohol-related liver disease.

‘Differences in lifestyles such as smoking, alcohol intake, and obesity are major factors in life expectancy due to their direct link with heart and lung disease and cancer. There is also a higher prevalence of these habits in the most deprived areas in the country, including many wards in Haringey,’ stated Haringey PCT.

In Haringey, Brent, Hammersmith & Fulham, and Camden, NHS Primary Care Trusts (PCTs) spent a total of £4,830,095 commissioning women’s services outside the NHS over the past five years, and nothing on men’s.

According to the PCT’s 2012-2015 Health and Wellbeing Strategy, ‘certain groups in society, for example people from Black and minority ethnic (BME) communities’ are more vulnerable to the risk factors. For example, prostate cancer, one of the diseases with the highest incidence rates in Haringey, is three times more common in men of African or Afro-Caribbean origin. NHS figures show that the incidence of prostate cancer is increasing in the borough.

In addition, Haringey has a high population of people with mental health problems or learning disabilities, and problematic drug users. In Haringey 1,457 adults have been in contact with drug treatment agencies in 2008-2009 in Haringey. Of these 74.5% were male.

Haringey also has one of the highest rates of male suicide. Between April 2006 and March 2007, there were 41 deaths due to suicide or undetermined injury.  The majority of suicides were below the age of 44 years. 32 of them were males: a ratio of 3.6 males to 1 females; this is higher than national ratio.

However, as shown by Bureau research, over the past five years Haringey PCT has only funded female-focused third sector services. Nevertheless, the PCT states that it is working to lengthen life expectancy, with campaigns including smoking cessation and NHS health checks.

Related article: Get the data: Spending on male health and well-being services

To increase uptake of these health checks, the PCT has partnered with the Tottenham Hotspur Foundation (THF), which runs ‘Guys and Goals’, a programme to raise awareness about men’s health and increase physical activity.

Grant Cornwell MBE, Chief Executive Officer of the Tottenham Hotspur Foundation said: ‘We recognise the need to address that the life expectancy of men in our local borough of Haringey is lower than the national average. Guys and Goals is a fantastic example of how a Premier League football club can use the power and appeal that the game has amongst men over the age of 35 to effect positive change in people’s lives.’

‘The programme uses football as the hook to engage men from disadvantaged communities, and most at risk from ill health, into regular physical activity and workshops on issues such as weight management and healthy eating.’

The PCT has also conducted a review: ‘Men’s Health: Getting to the Heart of the Matter’, although this has not yet been signed off.

The life expectancy gap in some wards of Haringey seems to be widening, rather than shrinking, however.

The gap may be connected with the demographics, Camden PCT spokesperson Ken Pike said. The ward of St Pancras and Somers Town has a relatively high proportion of Bangladeshi and South Asian people (18.2% of the population is Asian or Asian British).

South Asian populations have higher rates of a range of diseases such as diabetes that will impact on morbidity and mortality. Smoking rates in male South Asians are very high, and very low for women. In addition, a fat and carbohydrate-heavy diet increases the incidence of cardiovascular problems.

Around a fifth of people are estimated to be obese in the ward, and only three in ten eat five or more portions of fruit or vegetable a day, in contrast to 46% of people across the borough. This may be connected to culture and lifestyle.

There may also be a cultural reluctance to seek help. For these reasons, generally, men tend to present to primary care later when they are ill.

Some communities also suffer with language problems, with some men unsure how to access the medical care they need.

According to the 2007 Camden schools survey, only 47% of pupils borough-wide spoke English as a first language. 14% spoke Bengali or Sylheti, 5% spoke Somali and 4% spoke Albanian.

There may also be a cultural reluctance to seek help. For these reasons, ‘generally, men tend to present to primary care later when they are ill,’ said Pike.

Furthermore, the ward also has a high population of men from a Black African background, affected in the same way as in Haringey.

However, as with Haringey, over the past five years Camden PCT has only funded female-focused third sector services. The Trust stated that it was, however, committed to closing the gap, with initiatives such as clearer, more understandable healthcare marketing directed towards men in a new campaign against obesity.

‘It is our intention that the weight management services we are about to commission has an offer that is attractive and engaging to men’, Pike said.

Overall mortality in Newham (males and females combined) is the third highest in London and significantly higher than the national average, but the disparity between men and women’s health in the ward is notable, with a nine-year gap between life expectancies. The borough’s Joint Strategic Needs Assessment (JSNA) 2011-2012 stated that ‘despite improvements over time, there has been only a marginal reduction in this inequality.’

The main causes of death in Newham are cardiovascular disease (33% of deaths) cancer (25%) and respiratory disease (12.7%). Newham also has one of the highest recorded levels of diabetes in the country, frequently connected to a poor diet.

Regarding cancer, the borough has the second worst one-year survival rate for cancer in England. This is largely due to late presentation by the patient, and delayed GP referrals: something common for all diseases in Newham. Men are more likely to delay a visit to a GP than women.

In addition, mental health problems are high in the borough. This could be connected to levels of unemployment: Newham has the highest unemployment figures in London. According to the Office for National Statistics (ONS) Annual Population Survey, in Apr 2010-Mar 2011 Newham had an unemployment rate of 14.4%, compared to the London average of 8.6%.

Newham PCT told the Bureau that ‘variation in male life expectancy in Newham wards…is due to:

However, despite the low life expectancy for men, the PCT will not reveal whether it has spent anything on men’s health initiatives over the past five years. Newham council also refused to answer the Bureau’s freedom of information request. Newham’s JSNA identified nine key priorities, none of which target specifically men’s or women’s health.

But Newham PCT said that while ‘there are no specific ward-based initiatives for men’s health’, they have partnered with West Ham football club in a similar initiative to Haringey.