June 24, 2012 by Dan Bell and Emma Slater
Published in: Uncategorized
Tweet
Email this 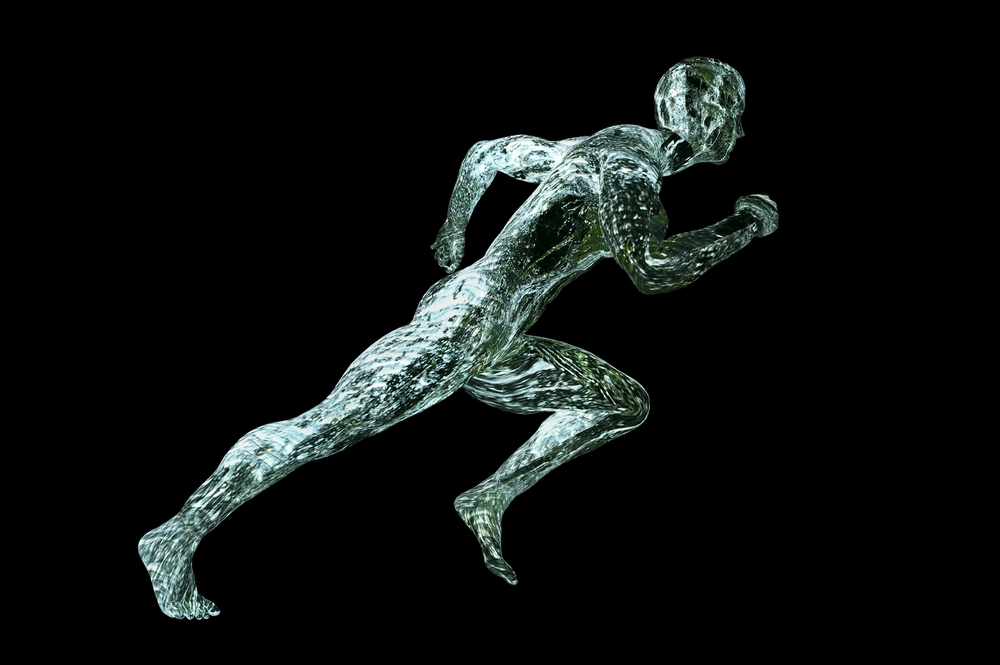 Looking specifically at London, the Bureau has listed wards using their rank on the Index of Deprivation scale 2010, UK Census. The Bureau then included the latest life expectancy statistics for each ward. The Bureau then picked out those wards which place highly on the deprivation scale (ie most deprived) that also have an 8.2 or more year difference between men and women’s life expectancy (twice the national average of 4.1 years).

We found that there was a general correlation between the ward’s deprivation and the gap between men and women’s life expectancy. In particular, the following 22 wards (of 623) stood out. The borough in which the ward falls is listed alongside.

Lower down the deprivation scale, but with notable differences in life expectancy, are:

Mapping the data
The graph below shows male life expectancies for all London wards, ranked on the x-axis by the ward’s listing on the 2010 Index of Deprivation (London Census). The most deprived ward is closest to the y-axis. 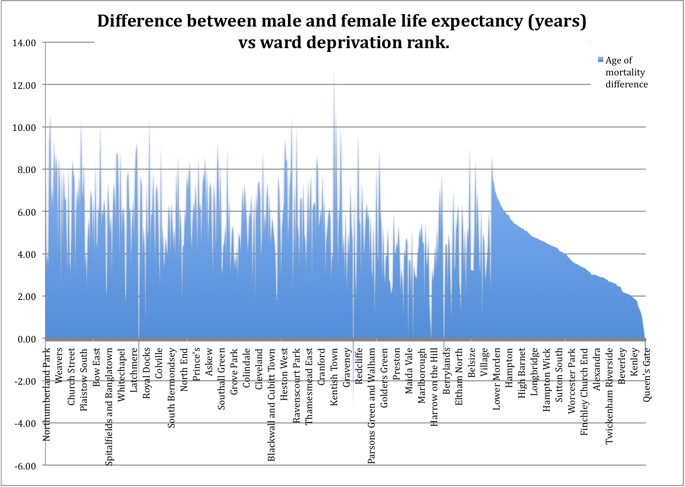