June 18, 2012 by Melanie Newman and Oliver Wright
Published in: All Stories, House of Lords
Tweet
Email this 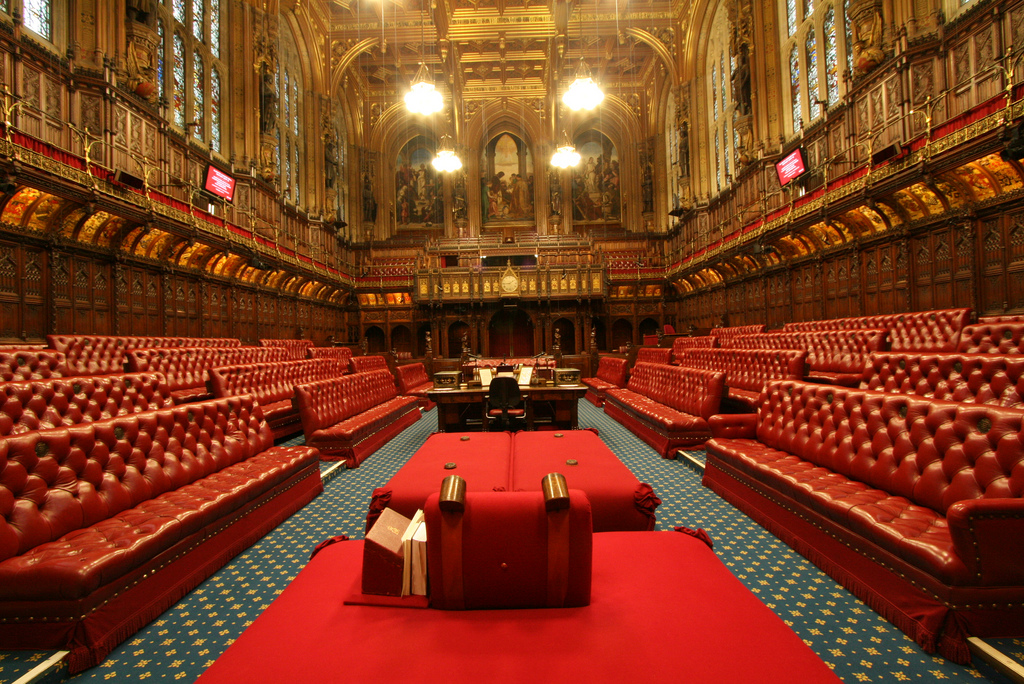 The Treasurer of the Conservative Party was accused last night of breaking parliamentary anti-sleaze rules after arranging to host a private dinner in the House of Lords for paying American Express card-holders.

Lord Fink arranged the event, which was part of a $9,000 (£6,000) per head ‘Wimbledon Championships’ package available to AmEx Platinum and Centurion card-holders, an investigation by the Bureau and the Independent newspaper has found.

Advertised on the AmEx website as a ‘one-of-a-kind opportunity to advance your lifestyle’ the $9,391 package offered two full days of tennis, accommodation in the Dorchester, a drinks reception with John McEnroe – and the House of Lords dinner.

Yesterday, after being contacted Lord Fink – who is David Cameron’s chief fundraiser – said he had cancelled the booking after being made aware that it could break the rules. He said he had no financial interest in AmEx and had received no benefit from the booking.

Lord Fink is one of a number of senior peers who have used their membership of the House of Lords to arrange events for private companies – some of whom do have a financial interest in the functions that are put on.

Lords rules state that banqueting facilities ‘are not to be used for the purposes of direct or indirect financial or material gain by a sponsor …or any other person or outside organisation’.

Lord Fink booked the event in the Atlee Room to coincide with this year’s Wimbledon tournament.

He was nominated to the House of Lords last year, is one of the Tories’ biggest donors and has been a guest of David and Samantha Cameron at Chequers.

He became sole treasurer of the Conservative Party earlier this year.

His predecessor Peter Cruddas was forced to resign after being secretly recorded ‘selling’ dinner in Downing Street with Cameron in return for donations to the party.

The revelation that Lord Fink was prepared to ‘sponsor’ the luxury AmEx package, which was marketed to wealthy Americans visiting London, will be embarrassing to the party.

‘A breach of the rules constitutes a breach of the House of Lords Code of Conduct. It is a Member’s own responsibility to ensure any event they sponsor does not contravene the rules in any way.

‘There is also a robust mechanism in place for investigating alleged breaches of the Code of Conduct.’

Tim Farron, the Liberal Democrat president said: ‘This is further evidence of the urgent need for radical reform of the House of Lords.

‘It has become as much a House of Lobbyists as a House of Lords. Our upper chamber has become packed with unelected political appointees who get £300 a day just for turning up.

‘In the light of yet more scandal in our discredited political system, it is high time we introduced a smidgen of democracy and accountability into the Upper House.’

A nasty taste
Labour said that the episode left ‘a very nasty taste’ and called on Lord Fink to consider his position as Tory treasurer.

‘This is an attempt to breach the rules of parliament,’ said Jon Trickett, the shadow Cabinet Office Minister.

It has become as much a House of Lobbyists as a House of Lords. Our upper chamber has become packed with unelected political appointees who get £300 a day just for turning up.
Tim Farron, Liberal Democrat Party President

‘It leaves a very nasty taste to suggest that you can buy access to the House of Lords, and it cheapens democracy. Lord Fink, who is a major donor to the Tories should consider his position as treasurer of the Conservative Party.’

After being contacted by the Bureau both Lord Fink and American Express said that they were cancelling the event, which they said had been booked in good faith.

Lord Fink said: ‘This event has been held in the Lords on several occasions in the past and I agreed to sponsor it this year in return for a sizeable charitable donation to a major hospital.

‘I have no commercial interest in AmEx and there was never any question of me profiting from sponsoring it.’

A Conservative Party spokesman said: ‘Lord Fink cancelled his sponsorship of the event at the beginning of last week as soon as he received advice that there might be an issue with it.’

American Express said: ‘We have re-examined the current House of Lords event and hospitality guidelines and consulted again with Lord Fink.

‘We agreed that some of these guidelines are open to interpretation. In particular, the guidelines state, “events may not be used for…commercial business, although events related to charities are permitted.”

‘Although the dinner planned for the House of Lords did have a charitable component it was not a fundraising event. We have therefore mutually agreed to hold the dinner at another location.’

American Express said it would still make its planned charitable donation to St Thomas’s Hospital, of £3,000.

Asked about Lord Stevens’s sponsorship of the LGC reception, a spokesman said: ‘This was not a promotional event. Those attending would have no responsibilities for procuring our services.’

Lord Sheikh said the launch of MacMillan Sheikh at the House of Lords was a social gathering which was ‘in no way intended as a source of business development in any shape or form’ and that business was not discussed. He also denied he had received payment from MacMillan Sheikh, despite being a director and chairman of the firm.

Who is Lord Fink?

Stanley Fink, whose personal fortune is estimated at £120m, has been described as the ‘Godfather’ of the hedge fund industry.

He oversaw the growth of the Man Group to become one of the biggest players in the global market, before standing down as its chief executive in 2007.

His timing – a year before the collapse of Lehman Brothers triggered the worldwide financial crisis – was fortuitous, but was also partly driven by a life-changing personal experience.

While on holiday in Botswana in 2004, he was struck dumb mid-sentence and diagnosed with a brain tumour. He was back at work within three months of a successful operation to remove it, but wanted to devote more of his time to charity work and philanthropy.

The 54-year-old now gives away one-third of his income to good causes. He is funding a children’s hospital and an academy school.

Lord Fink, who was ennobled two years ago, has also handed more than £2.5m to the Conservatives and bankrolled Boris Johnson’s first campaign for the London mayoralty.

He spent two years as the party’s Treasurer, returning to the position in March when Peter Cruddas was forced to step down after being secretly taped by undercover journalists claiming that a £250,000 donation would buy access to David Cameron.

The son of a grocer, Lord Fink was brought up in Manchester and went to Manchester Grammar School and Cambridge, where he read law. He struggled to find a job with a law firm and instead embarked with stunning success on a career in finance.

He helped to transform Man into the world’s biggest listed hedge fund group, with assets of more than £55bn. It has delivered him a luxurious lifestyle that includes his own hotel in the French Alps.

Oliver Wright is Whitehall editor for the Independent newspaper.

House of Lords by UK Parliament Lord Blencathra today apologised to the House of Lords for signing a £12,000 per month contract in which he agreed to lobby his fellow peers, MPs and ministers on behalf of the Cayman Islands’ … Continued

After Bureau reveals details of contract, House of Lords standards commissioner agrees peer was wrong to sign it.