May 1, 2012 by Chris Woods and Jack Serle
Published in: Uncategorized
Tweet
Email this 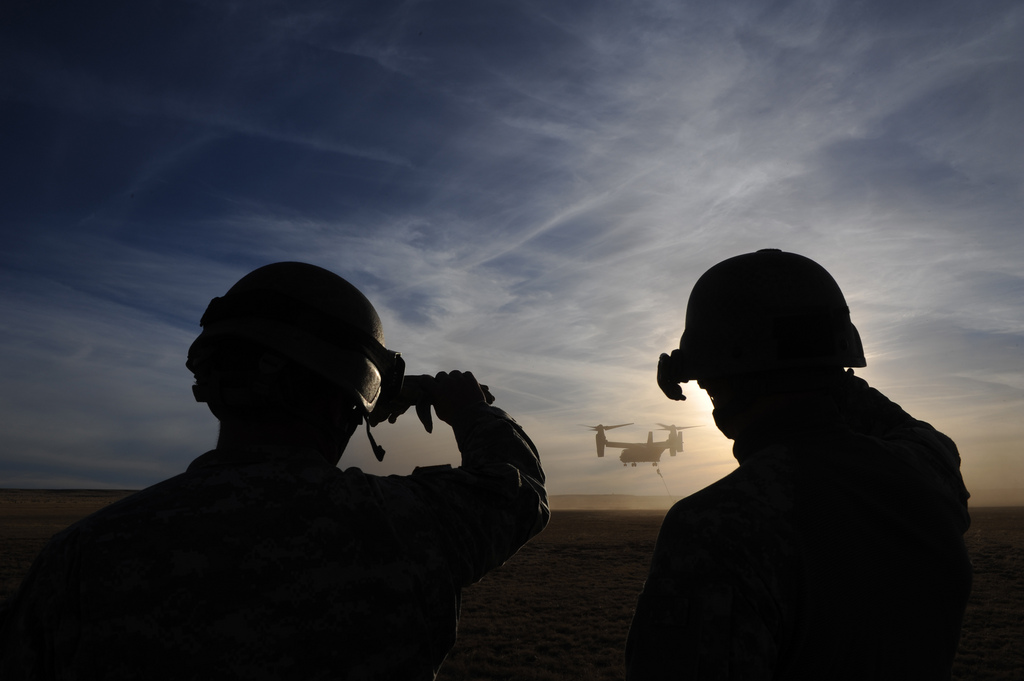 US military and the CIA continue the covert war on terror

The Bureau continues to monitor US drone strikes in three key areas – Yemen, Somalia and Pakistan. Our analysis this month shows a seeming peace ascended over the skies of Pakistan and Somalia broken only in the closing days of April. But in Yemen the US covert war has continued to escalate. Battles between Yemeni government forces and insurgents in the south of the country continued through the month as the US administration authorised its military to target unidentified militants.

Below we highlight our key findings in April:

There was one US drone strike in 2002 which killing six al Qaeda militants. US military attacks did not resume in Yemen until December 2009 and drone strikes only returned in May 2011. We draw together our data using reports of incidents from various sources. In Yemen these reports often conflate the number of strikes which is reflected in the range we have recorded.

With fighting intensifying in the southern province of Abyan, Yemen dominated the Bureau’s work on the Covert War last month. Many strikes were in conjunction with Yemen Army attacks and both al Qaeda in the Arabian Peninsula and Ansar al Sharia continued to be targeted.

Confirmed and possible strikes in Yemen in 2012

There was a steep increase in US strikes compared to March, but a decrease in the number of strikes confirmed by senior officials.

The Yemeni government persists in claiming responsibility for most strikes. This is despite the Yemen Air Force’s dilapidated technology and ongoing morale and discipline problems. Multiple strikes are also frequently reported  – though casualty figures are rarely given for all.

With all this considered, the total number of people killed by the strikes is difficult to calculate. So our records show that between seven and 124 people were reported killed in April, compared with 98 to 146 between January and March 2012.

It also emerged that the CIA has been given permission to start carrying out ‘signature strikes’ – targeting individuals believed to be militants but not necessarily named members of al Qaeda. The Pentagon, which operates its own drone fleet in Yemen, does not need such permissions. The Bureau’s records indicate that low-level, probably unknown militants are already being killed by US forces. Alongside the drone campaign reports continue of possible US jet fighter attacks and naval bombardments, suggesting a wider military engagement.

CIA drone strikes were on hold for most of the month in Pakistan, as Islamabad continued to insist that the US end the strikes after eight years of bombing. Events through out 2011 strained the alliance between the two countries. A botched Nato strike in November which killed 24 Pakistani soldiers marked something of a nadir. Washington needs a settlement with Islamabad so Nato supply convoys can resume traveling through Pakistan.

On April 29 the pause ended when a drone attacked a former school in Miranshah, North Waziristan. Up to six alleged ‘foreign’ militants reportedly died. Pakistan condemned the attack in particularly strong terms, describing it as ‘in total contravention of international law and established norms of interstate relations.’ At almost the same time, US counter-terrorism chief John Brennan went on American TV to claim more broadly of the US drone campaign that ‘Sometimes you have to take life to save lives.’

Brennan also appeared to qualify his statement of last summer that ‘there hadn’t been a single collateral death’ in Pakistan since May 2010. He told ABC News: ‘Well, what I said was that over a period of time before my public remarks that we had no information about a single civilian, a noncombatant, being killed.’ Brennan’s original comments led to a major Bureau investigation, which clearly showed that the CIA has regularly killed civilians in Pakistan.

No known US drone strikes took place in the troubled east African state this month. But on April 17 two mystery jets launched missiles at ‘suspected Somali pirates’ in Puntland, the autonomous northern region. Two men were injured who turned out to be fishermen, according to the regional government.

The Bureau sought to identify whose jets were involved. The European Union anti-piracy operation denied they had anything to do with the strikes, as did the UK and French governments. The US military would not comment ‘on operational details’.

Omar Jalal, the Charge d’Affaire of the Somali UN mission in New York, told the Bureau he had assumed the EU was responsible for the strike. The Union’s task force has been given permission to attack pirates on land as well as at sea.

On April 3 Mr Jalal had told a press conference at the UN that Somalia welcomes targeted air strikes against al Shabaab leaders. But this was on the condition that civilian casualties were kept to a minimum. ‘This is exactly what we did not want to happen,’ he told the Bureau, speaking of the two injured fishermen.

To receive monthly updates on the covert war on terror by email click here.