April 24, 2012 by Chris Woods
Published in: Uncategorized
Tweet
Email this 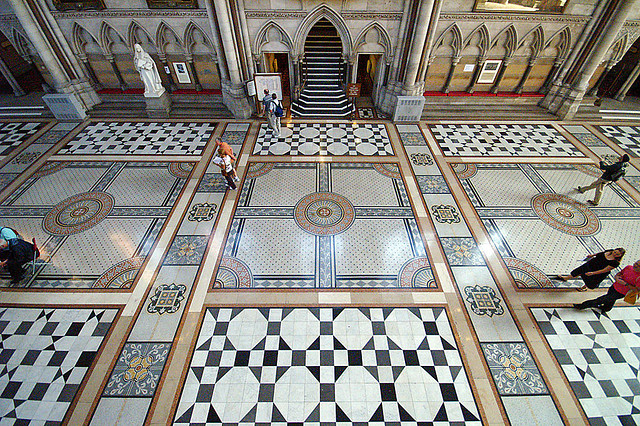 A major case in the British High Court has revealed fresh evidence of civilian deaths during a notorious CIA drone strike in Pakistan last year.

Sworn witness testimonies reveal in graphic detail how the village of Datta Khel burned for hours after the attack. Many of the dozens killed had to be buried in pieces.

I was thrown 24 feet from where I was sitting. When I awoke I saw many individuals who were dead or injured’ Ahmed Jan, attack survivor
Legal proceedings were begun in London recently against British Foreign Secretary William Hague, over possible British complicity in CIA drone strikes.

Britain’s GCHQ – its secret monitoring and surveillance agency – is reported to have provided ‘locational evidence’ to US authorities for use in drone strikes, a move which is reportedly illegal in the United Kingdom.

Sworn affidavits
The High Court case focuses in particular on a CIA drone strike in March 2011 which killed up to 53 people.

Sworn affidavits presented in court and seen by the Bureau offer extensive new details of a strike the CIA still apparently claims ‘killed no non-combatants’.

Ahmed Jan (pictured) is a tribal elder in North Waziristan. On March 17 2011 he was attending a gathering with other village elders, to discuss a mining dispute.

‘We were in the middle of our discussion when the missile hit and I was thrown about 24 feet from where I was sitting. I was knocked unconscious and when I awoke I saw many individuals who were dead or injured,’ he says in his affidavit.

Most of those who died in Datta Khel village that day were civilians. The Bureau has so far identified by name 24 of those killed, whilst Associated Press recently reported that it has the names of 42 civilians who died that day.

Pakistan’s president, prime minister and army chief all condemned the Datta Khel attack. A recent Bureau investigation with the Sunday Times quoted Brigadier Abdullah Dogar, who commanded Pakistani military forces in the area at the time.

We in the Pakistan military knew about the meeting, we’d got the request ten days earlier. It was held in broad daylight, people were sitting out in Nomada bus depot when the missile strikes came. Maybe there were one or two Taliban at that Jirga – they have their people attending – but does that justify a drone strike which kills 42 mostly innocent people?

Yet the US intelligence community has consistently denied that any civilians died.

Last year an anonymous US official told the New York Times: ‘The fact is that a large group of heavily armed men, some of whom were clearly connected to al Qaeda and all of whom acted in a manner consistent with AQ [Al Qaeda] -linked militants, were killed.’

The sworn affidavits seen by the Bureau offer a very different perspective. Imran Khan’s father Ismail was another of the elders who died that day. Imran says of his father: ‘He always did the right thing for the community and the tribe. He opposed terrorism and militancy and was not himself in any way connected to these things.’

Khalil Khan’s late father Hajji Babat was a local policeman who was ‘not an enemy of the United States of America or any other country.’ His son describes in his affidavit how he rushed back to his village to find his father dead, the bus station and surrounding buildings still burning six hours after the drone strike.

And Fateh Khan, who once worked for British Telecom, lost his 25-year old nephew Din Mohammed in the CIA attack. He reports that his nephew’s body had to be buried in pieces, and that ‘he left behind four children, all of whom now live in my house. His eldest child is currently only five years old.’

‘Absolute lie’
The most senior tribal elder to die that day was Daud Khan. Initially he was claimed to have been a senior Taliban figure. His son Noor told the Bureau that this was ‘an absolute lie’.

‘My father was not a militant but an elder who was working day and night for his people. There have been many children who have been killed in drone strikes. I ask the US if they think those children were militants and combatants and dangerous enough to be killed in such a manner?’

The CIA declined to comment when asked whether it still believed it had killed no ‘non-combatants’ in Pakistan since May 2010, or that no civilians died in Datta Khel last year.

In London, legal campaigners are seeking a judicial review in the High Court – a process by which senior judges can question and even overturn any government policy on aiding US drone strikes.

The case is being brought by legal charity Reprieve, and by the Islamabad-based lawyer Shahzad Akbar and the Foundation for Fundamental Rights, which focuses on civilian victims of CIA drone strikes in Pakistan.

The British government is understood to have firmly challenged the grounds of the case on a number of fronts.