March 29, 2012 by Chris Woods
Published in: Uncategorized
Tweet
Email this 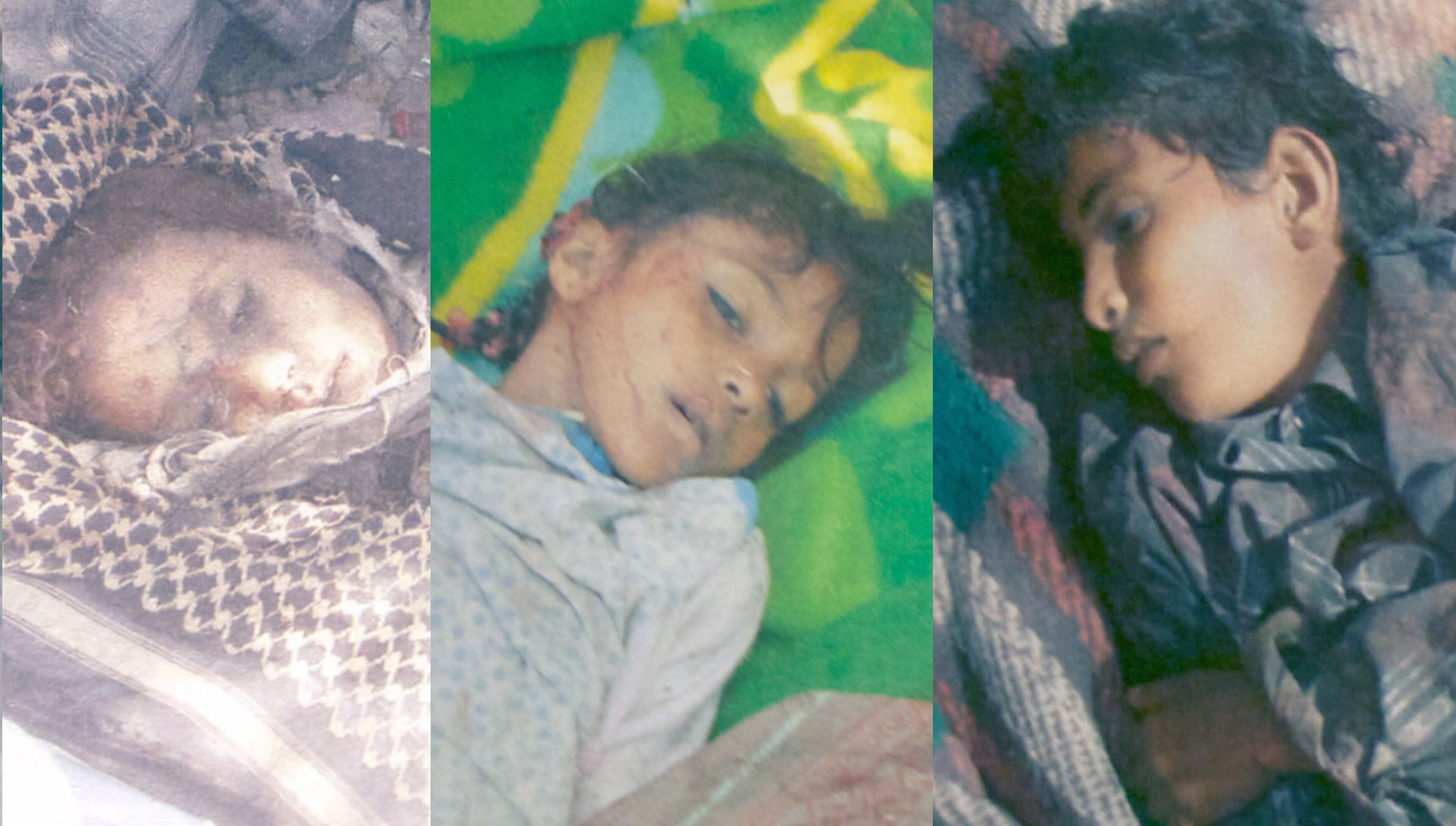 For some weeks in early winter 2009 the people of al-Majala, southern Yemen, had noticed a spotter plane overhead.

The aircraft, most likely American, wasn’t seen as a threat. After all, it had been seven years since the last US military action in Yemen, when a CIA drone had killed six al Qaeda-linked militants.

But everything was about to change. At 6am on December 17, a US Navy vessel stationed in the Gulf launched at least one cruise missile towards al-Majala.

Among the dead were 22 children. The youngest, Khadje Ali Mokbel Louqye, was aged just one. A dozen women also died, five of them reportedly pregnant

The US target that day was Saleh Mohammed al-Anbouri, also known as al-Kazemi. The man was a known militant, who had allegedly been ‘bringing nationals from different countries to train them to become Al Qaeda members’, as stated in a later inquiry. He was linked to al Qaeda in the Arabian Peninsula (AQAP), a franchise of the global terrorist organisation which had launched multiple attacks against US interests in Yemen.

Al Anbouri had brought his wife and four young sons to live with his tribe in al-Majala. Also living in the hamlet was the extended al Haydara family, mostly women and children.  They had no known links to AQAP.

Al Anbouri told locals that after recently being released from prison, he wanted to ‘start a new life.’ On the morning of December 17, he and a group of other men were digging a well.

This type of missile, launched from a warship or submarine, is designed to carry 166 cluster sub-munitions (bomblets) which each explode into over 200 sharp steel fragments that can cause injuries up to 150m away. Incendiary material inside the bomblet also spreads fragments of burning zirconium designed to set fire to nearby flammable objects.

Entire families killed
Within hours of the attack, news began circulating that a large number of civilians had died in al-Majala. The New York Times reported that night: ‘some witnesses and local journalists in Abyan said a number of civilians were also killed in Thursday’s raids there.’ By the following day Al Jazeera was airing video images of shrouded corpses.

Forty-one civilians died in the US attack. Fourteen members of the extended al Haydara clan were killed, along with 27 members of the al Anbouri clan. Three more people later died when they stepped on left-over cluster munitions.

As a surviving woman later told reporter Jeremy Scahill, for Al Jazeera, ‘At 6am they were sleeping and I was making bread. When the missiles exploded I lost consciousness. I didn’t know what had happened to my children, my daughter, my husband. Only I survived with this old man and my daughter.’

Among those killed that day were 22 children. The youngest, Khadje Ali Mokbel Louqye, was just one year old. A dozen women also died, five of them reportedly pregnant.

Yet these numbers mask the many individual families annihilated in the attack. Mohammed Nasser Awad Jaljala, 60, his 30-year-old wife Nousa, their son Nasser, 6, and daughters Arwa, 4, and Fatima, aged 2, were all killed.

Ahmed Mohammed Nasser Jaljala, 30, was killed alongside his 21-year old wife Qubla and 50-year old mother Mouhsena. Their daughter Fatima, aged 13, was the only survivor of the family, badly injured and needing extensive medical treatment abroad.

Sheik Saleh Ben Fareed, a tribal leader, went to the area shortly after the attack and described the carnage to Al Jazeera reporter Scahill: ‘If somebody has a weak heart, I think they will collapse. You see goats and sheep all over. You see heads of those who were killed here and there. You see children. And you cannot tell if this meat belongs to animals or to human beings. Very sad, very sad.’

The deaths represent one of the highest civilian death tolls of any recent US military operation.

Yet because the US is fighting a covert war in Yemen, it is unknown whether there has been any investigation into the deaths. Instead, the US has actively sought to cover up its role in the attack.

JSOC
The intended US target of the attack, Al Anbouri, was killed that day, along with more than a dozen alleged militants. Only one has ever been identified – Abdulrahman Qaed Al-Zammari. Six bodies were rushed from the scene by ‘unidentified armed men’, according to reports, and buried in an unknown location.


The deaths represent one of the highest civilian death tolls of any recent US military operation. Yet because the US is fighting a covert war in Yemen, it is unknown whether there has been any investigation into the deaths. Indeed, the US has actively sought to cover up its role in the attack.

For the Pentagon’s elite Joint Special Operations Command (JSOC) – the group that captured Saddam Hussein and would later kill Osama bin Laden – the first US attack in Yemen in seven years must have seemed a success. A wanted terrorist and his alleged associates were dead.

Three weeks after that attack, General David Petraeus, then head of United States Central Command (Centcom) – and who now runs the CIA – met Yemen’s President Saleh in the capital Sanaa. In line with the covert nature of this new front in Obama’s war on terror, the two schemed to cover up the US role in the attack.

But Saleh was concerned. He ‘lamented the use of “not very accurate” cruise missiles…  mistakes were made,’ he said. Why were so many civilians killed in the attack? 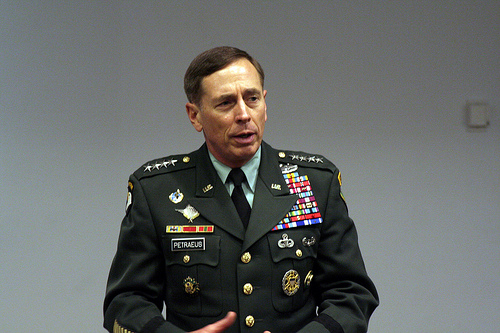 According to the secret report of that meeting, later released by WikiLeaks, Petraeus was thrown by Saleh’s concern. ‘The only civilians killed were the wife and two children’ of Al Anbouri, he told the president. An aside in the cable notes that ‘Saleh’s conversation on the civilian casualties suggests he has not been well briefed by his advisors.’

Yet it was Petraeus himself who appears to have been poorly briefed that day.

Al-Anbouri’s wife Amina did die. So too her four sons Maha aged 12, Soumaya, 9, Shafika, 4 and two-year-old Shafiq. So did 39 other civilians, we now know.

Official inquiry
Days after the attack, Yemen’s parliament convened a Commission of inquiry into the security incidents in Abyan province. Made up of 14 representatives, the commission was led by Sheikh Hamir Ben Abdullah Ben Hussein Al-Ahmar, now deputy speaker of the Yemeni parliament.

The commission sought to discover what had really happened in al-Majala, travelling to the hamlet and questioning survivors. A spokesman for the sheikh told the Bureau this week that the inquiry ‘did not state that the American forces launched the attack’.

The commission found grisly evidence of a massacre. Although it concluded that al Anbouri and 13 other militants died, their deaths were overshadowed by those of 44 civilians. The effect of a cluster bomb-filled cruise missile had been particularly brutal:

When members of the Commission visited the cemetery where the victims were buried, they noticed that some members of the two families were buried in communal graves because their remnants could not be identified. Their bodies had been completely torn into pieces during the attack.

Naming the dead
The commission published its full investigation, in Arabic, on February 7, 2010. Included were the names, ages, genders, family relationships and clans of all 44 civilians killed, along with eyewitness testimony from survivors. 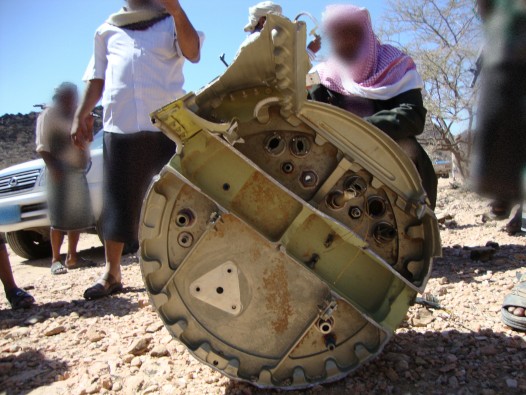 A month later Yemen’s parliament approved the commission’s findings in full, calling on the government to open a judicial investigation. According to Amnesty, ‘the same day, the Yemen government apologized to the victims’ families, describing the killings as a “mistake” during an operation that was meant to target al-Qa’ida militants, and said that committees would be established to provide compensation for the people killed and the property destroyed.’

This week Yemen confirmed to the Bureau that it had itself paid out compensation at local levels to affected families, but that ‘the American authorities did not get involved in this process in any way.’

For two years the US has been aware, in extensive detail, of all 44 civilians killed at al-Majala. Its direct role in the attack is clearly documented, and confirmed in leaked US diplomatic cables.

The Bureau this week asked the US Department of State and Centcom, which is responsible for US military operations in Yemen, the following questions:

A State Department spokesperson, speaking on background terms, replied: ‘I don’t have any information for you with respect to the December 17, 2009 incident in question. I refer you to the Government of Yemen for additional information on its counterterrorism efforts.’

Centcom declined to discuss matters which may relate to US Special Operations.

The Bureau also asked the US Senate Armed Services Committee what investigations it has carried out generally into US military actions in Yemen, and specifically into the December 17 2009 incident. The committee replied that it was ‘not able to answer these questions’.

The names in full of civilians killed
The Yemen Commission report named all 44 civilians killed in the attack, which the Bureau has here translated. Three civilians were killed shortly after the strike, after stepping on cluster munitions. They were Khaled Mohammed Ali, Nasser Saleh Al-Soueidi and Mithaq Al-Jild. All 41 others died when the cruise missile hit, named as:

The dead from the Haydara clan:

The dead from the Anbour clan: