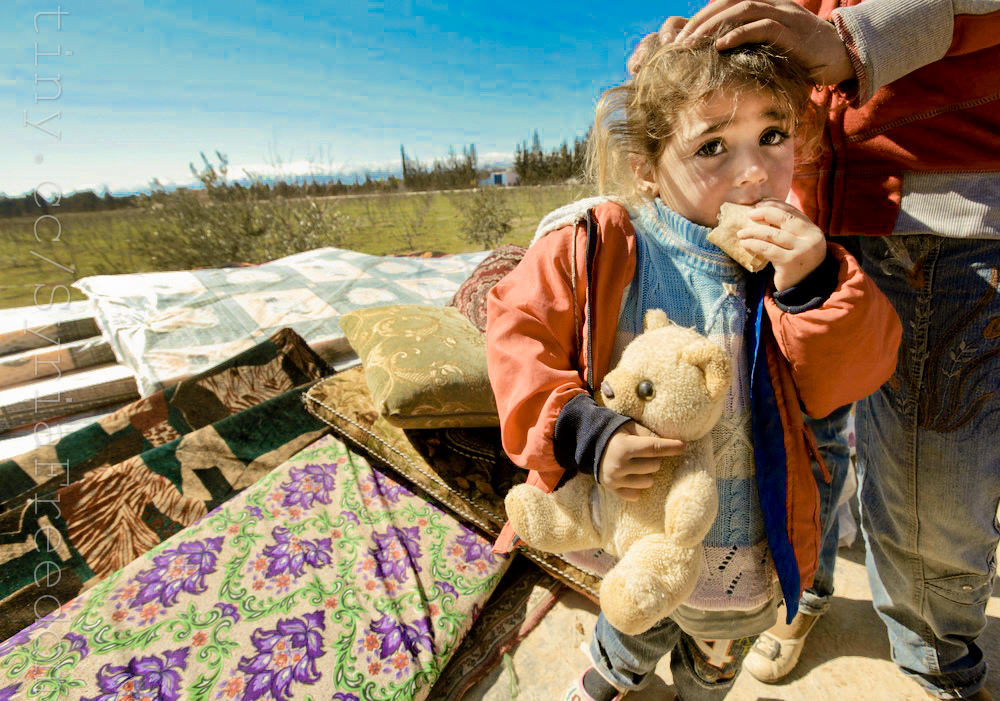 Syrian refugees are enduring cramped, freezing conditions in an abandoned school on the border of Syria and Lebanon, according to a special report by Lebanese TV channel MTV.

In the report the school, in the village of Wadi Khaled, was shown to have no electricity or heating, the refugees living there complained of not having enough blankets for everybody, and the refugees claimed they had no food or milk for their children.

Thousands of Syrians have crossed the Lebanese border since April 2011, fleeing the persecution of President Assad’s regime, according to the UN’s refugee agency, UNHCR. Up to 2,000 are reported to have fled across the border in the past week alone, following the shelling by Assad’s forces of Homs. Wadi Khaled has become one of the key routes from Syria into Lebanon.

A little boy described in the report how he had been abducted with his family by armed forces in his home village: ‘They blindfolded us and took us away in big trucks. They drove for about 45 minutes, then came down and started beating us with sticks and electrocuting us. When I lost consciousness, they removed my fingernail. But we managed to run away and cross illegally into Lebanon.’

Footage from the report was quite stark.  The refugees sleep on threadbare mattresses on the floor, in classrooms that are divided into sections using curtains. A tiny space in the corner is used as both toilet and shower. In the absence of medical attention, some refugees were starting to show signs of infectious skin diseases.

In Tripoli, the largest city in the north of Lebanon, doctors say they cannot cope with the numbers of injured people arriving at their hospitals, and they are unable to provide support to the refugees.

There are 12,000 refugees in Lebanon, according to a recent report by the UNHCR, of whom over 7,000 are officially registered in the north of Lebanon. An estimated 4,000 unregistered Syrians are in the Bekaa Valley, and a further 1,000 are in other parts of Lebanon.

‘Last weekend more Syrians crossed with some 50 families arriving in Arsal, and 170 families in Fakha village. According to the mayor of Arsal, there are an additional 75 families in Mashariia Al Qaa,’ the UNHCR report says, adding: ‘the majority of displaced Syrians are residing in houses, rooms, barns and huts made available by the local communities’.

Many refugees who enter Lebanon through the Bekaa Valley have been reportedly stopped and searched by the Lebanese Army. Up to 40 were recently arrested and returned to Syria.

Syrian refugees are not allowed to get jobs or to travel around Lebanon. Many enter Lebanon illegally and refuse to register their details with the UNHCR, because they are afraid that their details will be passed on to the Lebanese security services.

Not all Lebanese welcome the arrival of Syrian refugees in Lebanon. While Lebanon’s Sunni communities have acknowledged the Syrian refugees and attempted to help them, Lebanese Shias – who include many supporters of Hezbollah – explicitly discourage them. The current Hezbollah-led government supports the Assad regime and doesn’t officially recognise the Syrian refugees, calling them ‘Syrian citizens fleeing the unrest in Syria’.

It seems unlikely these refugees will receive much help from the Lebanese government – but if the international community is unable to help the Syrians in the city of Homs, it should at least help those fleeing Homs and other cities under attack, giving them the chance to survive in Lebanon in dignity.

Report reveals concerns about corruption in the EU