February 9, 2012 by David Pegg
Published in: Uncategorized
Tweet
Email this 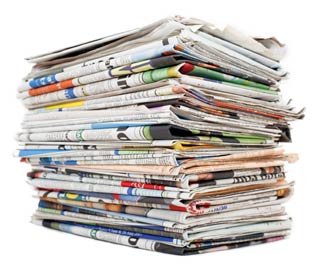 Swiss newspaper Le Temps has published an article reporting on the work of the Bureau and examining the role of investigative journalism in the UK.

Prompted by the Bureau’s investigation into the hidden influence of lobbying firms, which exposed representatives of Bell Pottinger claiming to be able to influence the highest levels of government, the article examines the role of new techniques, such as data journalism, in investigative reporting.

The Bureau’s editor, Iain Overton, told Le Temps: ‘Today, we operate in a world that’s full of information, but we lack the time to process it. However, if you take the time to scrutinise it you can generate a lot of stories.’

The article uses the Bureau’s investigation into European Structural Funds as an example of successful data reporting. By compiling information stored in dozens of formats and in different places, the Bureau’s reporters were able to identify massive financial waste, as well as misappropriation of funds.

Some of the difficulties of conducting a public interest investigation are also discussed. ‘In recent years, the media has turned away from investigative journalism in favour of more sensational stories,’ Mr Overton said.

‘An investigation takes time, costs a lot and often focuses on obscure issues, like the financial mechanisms created by banks in order to speculate on national debt. The mainstream media prefers to focus on lighter subjects.’

Angela Phillips, who runs an MA in Journalism at Goldsmiths University, speculated that whilst independent organisations would lack the financial resources of larger publications, they had an important role to play in training young journalists in the use of new investigative techniques like data journalism. ‘They’re incubators,’ she said.