February 4, 2012 by Chris Woods
Published in: Uncategorized
Tweet
Email this 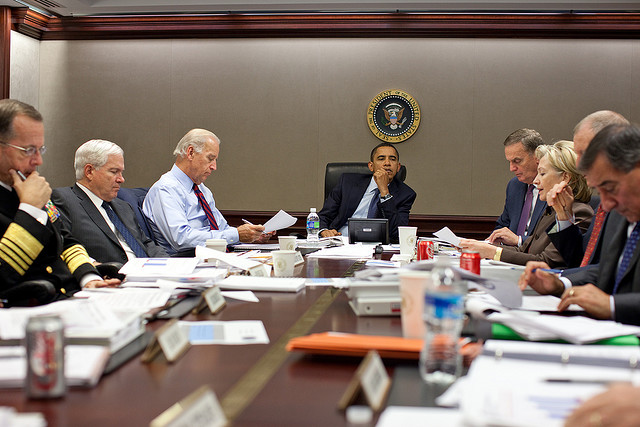 Researchers working for the Bureau in Waziristan spoke to people who had witnessed US drone attacks on both rescuers and funeral-goers. These personal testimonies provide eyewitness accounts of events reported in leading media outlets including the New York Times, CNN, ABC News and Associated Press.

The Bureau has also included comments from Washington Post national security correspondent Joby Warrick, on the CIA’s decision to attack a funeral in 2009.

‘We saw that all the people died’
On December 17 2009 CIA drones attacked the village of Degan. Al Qaeda commanders Abdullah Said al Libi and Zuhaib al-Zahibi were reported killed. There were some claims that the ultimate, unsuccessful target was Osama bin Laden’s brother-in-law Sheikh Saeed al Saudi.

But in the aftermath of the attack, as villagers and Taliban tried to retrieve the dead and injured, the drones returned to the attack. According to the Bureau’s Waziristan researchers, two Taliban and six civilian rescuers died – five of the latter named as Bashirullah, Amir Khan, Shairullah, Abidullah and Fazle Rabbi, all of the Dawar tribe.

That day 30-year old Zahidullah was in Degan visiting his mother’s brother:

I was in my uncle’s house and there were approximately six drones in the air. As we were looking, one drone fired missiles at a house very near to us. After a short interval another fired further missiles at a second house. As the targeted people belonged to Degan village we rushed out to help. The victims were local Taliban belonged to Hafiz Gul Bahadur’s group. Some other local Taliban also rushed to help. These people were busy in rescue activities when a drone again fired two missiles. I and some other villagers were further afield so we ran away. When the situation became calmer we returned. We saw that everyone had died. Some dead bodies were burnt; most appeared to be OK, but there were [fatal] injuries to their chests and heads. A total of 16 people died in these attacks of which six were civilian rescuers and two Taliban rescuers. We were all very distressed by this incident. Some young people announced loudly that ‘We will continue Jihad against America until we finish the USA or embrace Shahadat [martyrdom].’

‘They were good people’
On September 16, 2010 Samiullah Khan, a Waziristan-based journalist, was in Danda Darpakhel to interview a Taliban commander. As they talked, a deafening explosion blew out all the windows. Drones had just struck a house two doors down.

According to reports at the time, villagers fled in panic as up to eleven drones attacked two housing compounds linked to the Haqqani Network.

‘As the US drones came over the village people started shouting and running here and there shouting ‘run, drones have come,” a local tribesman told AFP. Up to fifteen were killed. Among the dead were eight rescuers, who died when the drones struck again.

Samiullah Khan – who is also one of the field researchers employed in this project – told the Bureau what he witnessed:

There was of course a drone up in the air – in that area they seem to be up 24 hours a day. About five minutes into the interview I heard a massive noise from an attack and all the glass in the house broke. I ran out, though the Taliban were urging me not to approach the site. I saw people crying ‘Help us, help us’, there was a huge fire. Since everyone in the [damaged] house was dead or injured, the only people who could help were other villagers or the Taliban I’d been interviewing.
Many people were badly burned. We put three in my pick-up truck and took them to Miranshah town – doctors there told us they were unlikely to live, each having 90 per cent burns to his body. Back in Danda Darpakhel more people had come to the attack site to help with the rescue, thinking that the danger had now passed after 30 minutes. But the drones returned and fired again. If I had been there I would have been caught in that explosion. People there were killed, including two of my friends. They were good people. One was a student; the other ran a stall at the local bazaar.  Neither was involved with the Taliban.

Khan’s friends were among five villagers who died that day, named as Yahya, Samin, Niamatullah, Shahzad and Ilyas, all of the Dawar tribe. Three Taliban rescuers also died. Khan challenged the US strategy:

‘The Taliban took the bodies away’
December 28, 2010 saw three CIA drone strikes in quick succession in Ghulam Khan, North Waziristan. Obtaining clear details of what occurred in such situations can be difficult. Reports at the time claimed that after an initial strike, US drones returned to kill as many as 12 rescuers. But the Bureau’s researchers found no evidence of this, reporting instead that the attack was on another house, and that two named civilians – Jamil and Mustafa – were killed along with three Taliban.

Eyewitness Ihsanullah Khan, 35, later spoke to the Bureau about the initial attack:

I had gone to Ghulam Khan with my friend. It was about 10am that a drone attacked one home and after two or three minutes the drone fired another missile on another home. Both of the houses were very close to us therefore we rushed there. Both of the houses were completely damaged. In the first home, three Taliban were killed, while in the second two Taliban were killed. The dead bodies in the first home were OK, while the dead bodies in the second home were burnt. After some time other Taliban came there and took the dead bodies into their custody.’

‘They see strikes as creating opportunities’
On June 23 2009 CIA drones killed a mid-ranking Taliban commander. At his subsequent funeral, attended by 5,000 people, CIA drones returned to the attack in a failed attempt to kill the Taliban’s leader.  As many as 83 people were killed, including 18 – 45 civilians.

In his recent book The Triple Agent, Washington Post national security correspondent Joby Warrick revealed that US intelligence sources informed him that the funeral attack had been deliberate. The Bureau interviewed Warrick by phone on September 29 2011. The relevant section is reproduced in full.

[Woods] Quoting from your book: ‘A [CIA] plan was quickly hatched to strike Baitullah Mehsud when he attended the man’s funeral. True… Wali Mehsud happened to be very much aIive as the plan took shape. But he would not be for long.’ There is a sense of a pre-meditated plan to bait a funeral where 5,000 people reportedly turned up, and in which almost 100 died. Did it shock you?

[Warrick] It was a case, I think, of understanding Patterns of Life and that Mehsud would likely be attending the funeral for one of his commanders, and that it would be a great way to get access to him. There’s, you know the initial target was no doubt a target anyway, as it was described to me, as someone that they were interested in, an important figure in the TTP machinery and as they were planning this attack, a possible windfall from that is that it would shake Mehsud himself out of his hiding place and he would attend the funeral, or something that would follow very quickly as it turns out because they generally happen within hours of a death, and so they were up immediately looking to see if he would show up.

And initially they did think he was coming and they thought a number of his lieutenants were coming as well. And it turned out there was a fairly large death toll and none of the big ones were there or at least weren’t there at the time that the second missile fell. And that’s, they really did not get the targets they were going after.

From what you write this seemed to be a straightforward CIA plan – ‘We kill Wahli, bait his funeral, and get Baitullah Mehsud.’ Was there any suggestion from your US intelligence sources that this might be problematic morally or under the laws of war, or international human rights law? A sense of anyone’s troubled conscience over this?

There have been a number of occasions where there have been back to back incidents I have heard about, almost like suicide bombers did in Iraq, there’s an explosion, people come to clear up the mess, and there’s a second hit. And so that happened on a couple of occasions.

So they [CIA] were seeing strikes as this creating opportunities – and that was something that was seized upon, several incidents where you’re going after somebody you want to get, and you think or you hope that it’s going to present a maybe even bigger opportunity, and I think that’s what happened in that incident in June. And from their point of view, these are targets that are legitimate for them, that they see, people that are dangerous, involved in bad things, and there’s this at least acknowledge pretence of trying to be careful and I don’t doubt they were honest but they are also are quite focused and almost [..], I don’t think there’s a whole lot of thinking or calculating of the moral cost of going after these individuals, other than the fact that they want to try to limit deaths of women and children. But they don’t think twice about going after those they think are bad guys.

Reports had a very large number of civillians at that funeral – the death toll was particularly high that day, although I don’t think they got any TTP [Pakistan Taliban] leaders, though possibly some mid-ranking ones. The majority of those killed were civilians. Is that just ‘c’est la guerre’ for the CIA?

The only thing that I got pushed back on was numbers, and I could never get a good number, there was quite a range, and I pondered on that and I kind of was never satisfied that I had a particular figure and I forget what I did but I made it fairly vague but it was a large number. And there was no pushback at all the fact that these big targets that they tried to get were not present when the missiles fell.