February 1, 2012 by Chris Woods
Published in: Uncategorized
Tweet
Email this 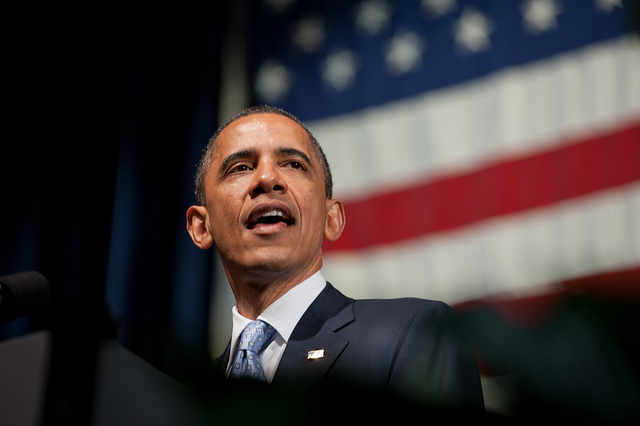 For more than a decade, lethal CIA drone strikes have remained a highly classified programme. Despite significant public awareness (helped along by leaks from the CIA, and Bush and Obama administration officials), the agency’s stated position has been consistent: ‘We can neither confirm nor deny the existence or non-existence of any drones programme.’

The highly classified nature of the campaign in Pakistan and Yemen has been used to curtail scrutiny.  When the American Civil Liberties Union and Amnesty International sought details of the legal basis of the campaign, ‘state secrets privilege’ was invoked.

So it came as a surprise to everyone when President Obama used a live ‘town hall’ webcam chat via Google on Monday night to talk – for almost four minutes – about the covert US drones campaign in Pakistan.

How come Obama can talk about the top secret campaign? It’s because he’s the President, it seems. White House press spokesman Jay Carney was evasive on Tuesday when asked whether Obama had made a mistake discussing the programme. According to the Washington Post Carney himself was ‘not going to discuss . . . supposedly covert programs.’ But he suggested that nothing Obama said was a security violation: ‘He’s the commander in chief of the armed forces of the United States. He’s the president of the United States.’

Government sued
The ACLU announced on Wednesday that in the wake of Obama’s comments it is suing the US government under the Freedom  of Information Act ‘to release basic — and accurate — information about the government’s targeted killing program.’

The organisation went on to attack the US government’s ‘self serving attitude’, noting that ‘officials cannot be allowed to release bits of information about the targeted killing program when they think it will bolster their position, but refuse even to confirm the existence of a targeted killing program when organisations like the ACLU or journalists file FOIA requests in the service of real transparency and accountability.’

Amnesty International has also been quick to call for more information. ‘What are the rules of engagement? What proper legal justification exists for these attacks? While the President’s confirmation of the use of drones in Pakistan is a welcome first step towards transparency, these and other questions need to be answered,’ said Amnesty’s Sam Zarifi.

The Claims
The controversy of the President’s intervention aside, it’s worth looking in some detail at Obama’s comments. Do they stand up to scrutiny?

‘Drones have not caused a huge number of civilian casualties’
Highly questionable – as Russia Today noted, it depends how you define ‘huge’. The CIA admitted last summer, after the Bureau published its database on Pakistan drone strikes, that it had killed approximately 50 civilians during the campaign. The Bureau’s data indicates this to be a significant under-estimate. Between 464 and 815 civilians are reported by credible media as being killed since 2004 – 175 of them children. During Obama’s presidency alone, some 282-535 civilians have been credibly reported as killed. The CIA claims it has killed no ‘non combatants’ in Pakistan since May 2010 – despite extensive findings to the contrary. 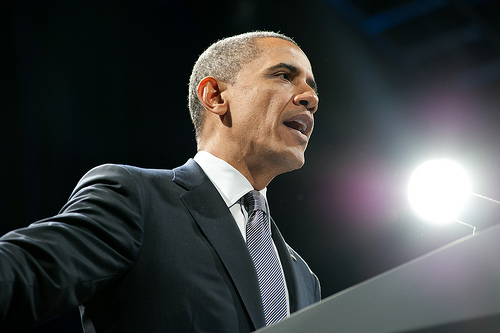 ‘For the most part they have been very precise precision strikes against al Qaeda and their affiliates.’
True, in the main. CIA strikes are still rare when compared to US or UK military operations. And the Bureau’s data indicates that the majority of those killed have been alleged militants belonging to various Afghan and Pakistan Taliban factions, and to a lesser extent al Qaeda.

‘This is a targeted focused effort at people who are on a list of active terrorists.’
Historically untrue, although the US may have changed its targeting policy in recent weeks. From summer 2008 the CIA radically broadened its targeting policy, allowing crews to attack not only High Value Targets (senior militants) but also gatherings of unknown alleged militants. The majority of those killed in strikes in Pakistan have been anonymous individuals, whose names are unknown to the CIA.

‘Going after al Qaeda suspects, who are up in very tough terrain along the border between Afghanistan and Pakistan, for us to be able to get them in another way, would involve probably a lot more intrusive military actions than the one that we’re already engaging in.’
True. President Obama made clear even before he came to power that he would target militants in Pakistan’s tribal areas. Apart from the Osama bin Laden raid, Obama has steered clear of US Special Forces operations on the ground. Loathed as US drone strikes now are in Islamabad, US ‘boots on the ground’ would be far more controversial.

‘I think we are on the offence now, al Qaeda’s been really weakened. But we’ve still got a lot more work to do, and we’ve got to make sure that we’re using all our capacities in order to deal with it.’
Reports have been circulating in Washington for weeks of a split among US policymakers. On one side are the ‘doves’ led by the State Department – keen for drone strikes to be tuned to US strategic needs and paused if necessary. The ‘hawks’ insist that the pressure is never let up, that victory is close. Obama is clearly Chief Hawk.

The Verdict
Do Barack Obama’s comments stand up to scrutiny? In short, mostly no.

The President appears to have fully bought into the CIA’s view of drone strikes. ‘The really bad guys are being killed – and we know who we’re killing. Few civilians die. Al Qaeda is on the run – and is the target of the attacks. Halting the pressure now would be an error.’

Yet research by the Bureau and others shows that the CIA’s narrative needs to be urgently challenged.

There seems little doubt that US drone strikes will play a role in this year’s US elections. Obama’s public comments this week have not only ‘outed’ the once-secret campaign – but also placed the president at the head of those hawks pushing for their continued use in targeted assassinations.

Q (26.30): Mr President since you came to office you’ve ordered more drone attacks in your first year than your predecessor did in his entire term. These drone attacks cause a lot of civilian casualties, I’m curious to know how you feel they help the nation, and whether you think they’re worth it?

Obama: …As a general proposition, the question that was posed, I want to make sure that people understand actually drones have not caused a huge number of civilian casualties, for the most part they have been very precise precision strikes against al Qaeda and their affiliates. And we are very careful in how it’s been applied. So I think there’s this perception somehow that we’re just sending in a whole bunch of strikes willy nilly.

This is a targeted focused effort at people who are on a list of active terrorists who are trying to go in and harm Americans, hit American facilities, American bases, and so on. It is important for everybody to understand that this thing is kept on a very tight leash. It’s not a bunch of folks in a room somewhere just making decisions. And it is also part and parcel of our overall authority when it comes to battling al Qaeda. It is not something that is being used beyond that.

Q (28.22) (Second questioner): Mr President do you think that possibly these drone strikes, you know, do they send a message that the US is interfering in other countries’ affairs, because I feel like, regardless of how much we do, people in other countries might perceive that we’re interfering, and that mightn’t be good for us. Is there a way that we’re combating that?

Obama: 28.38 Well you know I think that we have to be judicious in how we use drones, but understand that probably our ability to respect the sovereignty of other countries and to limit our incursions into somebody else’s territory, is enhanced by the fact that we are able to pinpoint-strike an al Qaeda operative in a place where the capacity of the military in that country may not be able to get them. So obviously a lot of these strikes have been in the FATA [Federally Administered Tribal Area], and going after al Qaeda suspects, who are up in very tough terrain along the border between Afghanistan and Pakistan, for us to be able to get them in another way, would involve probably a lot more intrusive military actions than the one that we’re already engaging in.

That doesn’t mean that we shouldn’t be careful about how we proceed on this, and obviously, you know, I hope, I’m looking forward to a time where al Qaeda is no longer an operative network, and we can refocus a lot of our assets and attention on other issues. But this is something that we’re still having to deal with, there’s still active plots that are directed against the United States, and I think we are on the offence now, al Qaeda’s been really weakened. But we’ve still got a lot [little?] more work to do, and we’ve got to make sure that we’re using all our capacities in order to deal with it. [ends at 30.18]

One of the President’s Google questioners, Evan Engel, posted his own response to Obama’s public comments a few days later.