January 6, 2012 by Chris Woods
Published in: Uncategorized
Tweet
Email this 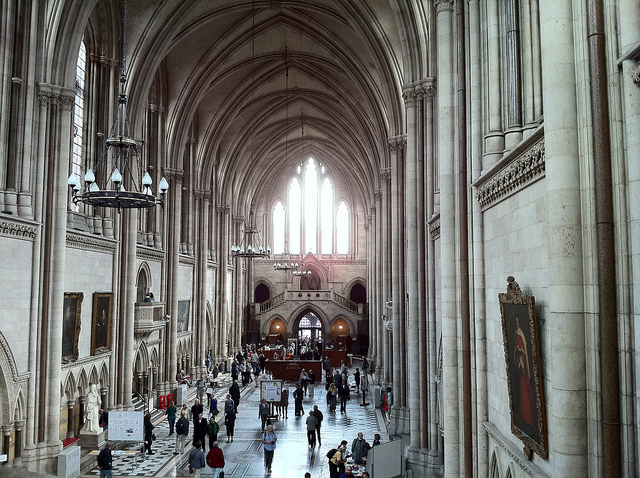 The Royal Courts of Justice in London

The proposals, brought to light by the Bureau and published by the Guardian, go beyond those being proposed by the government itself, which the ISC says ‘do not go far enough’. The committee claims its proposed new powers would ‘protect UK citizens’ by ensuring that intelligence obtained from foreign agencies such as the CIA was never publicly disclosed. Such material, it says, saves British lives.

‘As a result, 10 years after 9/11 not a single victim of CIA torture, of rendition, of targeted killing or of domestic wiretapping has had their day in court,’ says Jameel Jaffer of the American Civil Liberties Union (ACLU).

Legal charity Reprieve has had some success fighting intelligence-related miscarriages of justice in British courts. Its director Clive Stafford-Smith slammed the ISC’s intervention: ‘Here is the watchdog, totally toothless and useless, now saying that the same courts which have proved somewhat effective should be gagged’.

It’s astounding to me that any country or oversight body would want to adopt the discredited regime we have here in the US.’
– Jamal Jaffer, ACLU

ISC chairman Sir Malcolm Rifkind insists the suggested new powers would not prevent courts from considering intelligence material: ‘Our view is that the courts need to be the people who have the last word – not the government and certainly not the intelligence agencies. It must remain the courts,’ he told the Bureau.

But the ISC believes there should be a ‘presumption that such information should not be released [unless] there are particular exceptional circumstances’.

Letter
Details of the Intelligence and Security Committee’s lobbying are found in a recent letter sent by chairman Sir Malcolm to the government’s National Security Adviser.

Admitting that it has been approached by ‘certain interlocutors within the US intelligence community’, the ISC expresses concern that intelligence shared with the UK by other nations will be at risk unless the law is changed. ‘Put simply, if we do not respect the confidentiality of the sensitive information we receive, we won’t get given any,’ Sir Malcolm writes.

Foreign intelligence sharing – benefits and risks
The United Kingdom has always had a close relationship with other western intelligence agencies – particularly those of the United States, Canada, New Zealand and Australia. Secret intelligence is widely shared between them. FBI liaison officers in London reportedly meet some 20 to 30 times a week with their British colleagues, for example.*

The ISC believes shared material is of paramount importance to the UK’s safety: ‘Our intelligence sharing relationships, particularly with the United States, are critical to providing the breadth and depth of intelligence coverage required to counter the threat to the UK posed by global terrorism. These relationships have saved lives and must continue’.

However, in the 10 years since the 9/11 attacks, international cooperation between intelligence agencies has escalated sharply.

Many relationships are with countries with dubious human rights records. In September last year it was revealed that Britain had maintained close ties with Libya’s spy agencies, and may have connived in the extradition and torture of a Libyan national.

There is rising concern that there is no effective scrutiny of such relationships. In February 2009 the UN Special Rapporteur on counter-terrorism and human rights told the UN’s Human Rights Council that uncontrolled intelligence-sharing ‘increase[d] the possibility that many countries, including liberal democracies opposed to torture, become complicit in international crimes.’

The job of Britain’s Intelligence and Security Committee, in its own words, is ‘to examine the policy, administration and expenditure’ of MI5, MI6 and GCHQ. Some have expressed concern that the UK ‘watchdog’ now appears to be lobbying on behalf of the agencies it is supposed to oversee.

Intelligence from countries such as Libya was not the relevant point, Sir Malcolm Rifkind told the Bureau: ‘In the real world we’re dealing with it is overwhelmingly the United States and other friendly democratic western countries with whom we have a close intelligence relationship. That is the actual issue’.

In late 2009 British courts clashed with David Miliband, then foreign secretary, over the publication of a summary of US intelligence material relating to Binyam Mohamed.

Mohamed was reportedly tortured in Pakistan, Morocco and Afghanistan before being rendered by the CIA to Guantanamo Bay. British High Court judges ruled that CIA information on Mohamed’s treatment, and what MI5 and MI6 knew about it, must be disclosed.

Although the material was eventually published, the US Director of National Intelligence later said: ‘The decision by a United Kingdom court to release classified information provided by the United States is not helpful, and we deeply regret it’.

Partly in response, the government issued a Green Paper, Justice and Intelligence. Consultation on this ends today. The Ministry of Justice’s preferred solution is for the creation of ‘closed material’ procedures (CMPs). Special Advocates would be appointed who are able to assess sensitive intelligence material and argue its merits or otherwise with a judge. General legal teams would be barred from seeing the intelligence, though Special Advocates could argue for its public disclosure.

According to the Ministry the CMP system is ‘designed to provide individuals with a substantial measure of procedural justice in the difficult circumstances where, in the public interest, material cannot be disclosed to them’.

‘Not far enough’
Yet according to ISC chair Rifkind, ‘while the proposals are a good step in the right direction they do not, in the committee’s opinion, go far enough’.

Insisting that nothing should threaten intelligence-sharing with foreign agencies, the ISC is calling for sweeping new powers to be introduced, which may prevent not only foreign but all intelligence documents from being examined in court. It proposes that one of two possible measures is enacted on top of the CMP system.

The alternative is ‘a practice similar to the state secrets privilege, used in the US’, which the ISC admits may not be compatible with the European Convention on Human Rights.

Reprieve’s Clive Stafford-Smith believes that if either system had been in place in the Binyam Mohamed case, then justice would not have been served. ‘It would effectively impose a complete bar on UK courts receiving intelligence evidence. The ISC is useless at doing its job, and equally useless at giving advice on changing the law,’ he said. 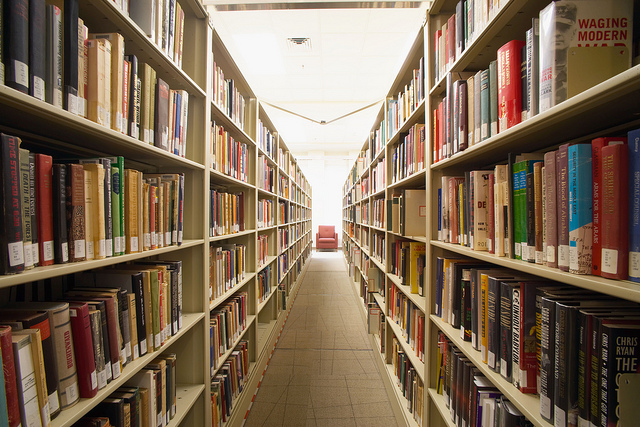 The CIA’s library at its Langley headquarters (Photo: CIA)

State secrets
The United States is the only country in the world to operate the suggested ‘state secrets privilege’ system. Designed to allow the government to withhold information which might threaten national security, its scope and use has been expanded in recent years to strike down entire cases. It has been used to devastating effect to warn off courts from examining intelligence-related matters.

In 2005, Khalid el-Masri sued the US government for compensation after being rendered from Macedonia to Afghanistan, where he was raped and tortured. Despite the US apparently accepting that el-Masri was mistakenly seized, his lawsuit was blocked on grounds of ‘state secrets’.

And in 2010, then-CIA director Leon Panetta also invoked the rule in a case regarding Anwar al-Awlaki. It was known that the US was trying to assassinate the American citizen, and Awlaki’s father tried to bring a court case forcing disclosure of the legal basis. Ultimately the court ruled that Awlaki’s father had no jurisdiction. But in court documents submitted by the CIA chief, Panetta claimed state secrets, noting that he was:

According to the ACLU’s Jameel Jaffer, the law has helped ensure that not a single victim of a miscarriage of justice in the US covert war on terror has received redress.

‘It’s astounding to me that any country or oversight body would want to adopt the discredited regime we have here in the US,’ he said.