November 15, 2011 by Angus Stickler
Published in: Uncategorized
Tweet
Email this 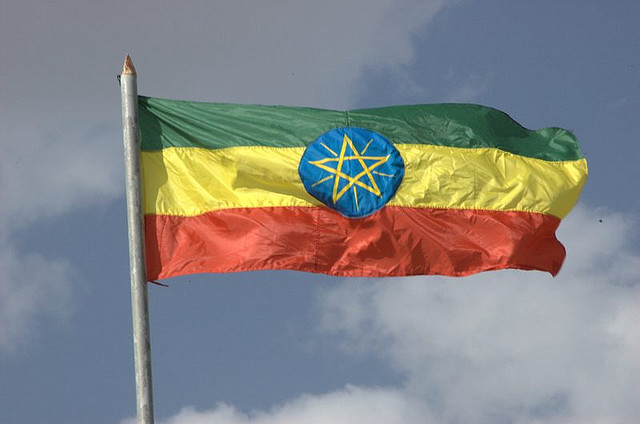 Events in Ethiopia have taken a disturbing turn following reports that a teacher in his late 20s burnt himself alive last week in protest against the ongoing brutal clampdown on dissent in the country. According to reports Yenesew Gebre made an impassioned plea at a protest gathering before dowsing himself in petrol and setting himself on fire.

Addressing fellow protestors he is reported to have said:  ‘I want to show to all that death is preferable than a life without justice and liberty and I call upon my fellow compatriots to fear nothing and rise up to wrench their freedom and rights from the hands of the local and national tyrants.’

It is understood that Gebre died from his injuries three days later at the Tercha city local hospital.

Ethiopia’s terrorism charges against journalists critical of Prime Minister Meles Zenawi’s government are becoming vague and ludicrous. The authorities have failed to provide any hard evidence and should drop these charges immediately.
Tom Rhodes, Committee to Protect Journalists

Renewed crackdown
According to sources who spoke to the satellite TV station, ESAT, Yenesew had been campaigning against injustice at the hands of ruling party officials. It also appears that he had been fired from his teaching position because of his political views.

The event happened at a public meetng on November 11, aimed at resolving a series of local protests.

It was during the meeting that Yenesew Gebre reportedly spoke out against Prime Minister Meles Zenawi’s regime. When security agents tried to stop him, Yeneneh walked out of the meeting hall and set himself alight infront of the other protesters gathered in the compound.

‘While fire was engulfing his whole body, he was calling for justice, freedom and democracy and urged people to rise up against the oppressors. He wanted martyrdom … he chose to sacrifice his life for the sake of liberty and justice,’ a local source who witnessed the shocking incident told ESAT.

According to close friends, Yenesew Gebre was widely respected and well known for raising serious issues and challenging authorities.

In a bid to quash any further protests in the area, the federal police and the security services have reportedly sealed off the town. The regime has cut telephone lines to prevent the news of Yenesew’s death from spreading across Ethiopia, according to ESAT.

Zelalem Tessema, spokesman from Mass Advocacy of Communities, Ethiopia (MACE) a diaspora group based in the UK, told the Bureau: ‘This unprecedented form of self-sacrifice has caused shock and anger amongst his compatriots both at home and abroad. Gebre’s action demonstrates the high level of despair prevailing amongst the public at large that is firmly under the brutal rule of Meles Zenawi.’

Concerted Crackdown
Yenesew Gebre’s death follows a recent investigation by the Bureau and BBC Newsnight into allegations of torture, repression and the political manipulation of foreign aid. The report was strongly denied by representatives of Prime Minister Meles Zenawi.

Widespread Oppression
The crackdown has intensified and spread to other areas of the country, according to members of the Ethiopian community in the UK. The Bureau has learned that at least 40 opposition politicians, their supporters and journalists have been arrested by security forces in recent months. Many are being held in the Central Investigation Centre in Maikelawi where allegations of torture are rife.

The most prominent are Bekele Gerba and Olbana Lelisa, opposition leaders in Oromia, Andualaem Arage the vice chairman of Unity Democracy and Justice Party and the prominent journalist Eskinder Nega.

The government has been accused of using sweeping anti-terror legislation passed in 2009 to crush dissent. The definitions of terrorist activity under the law are broad and ambiguous. It permits a clamp down on political demonstrations and public criticisms of government policy. The law criminalises any reporting that authorities deem to ‘encourage’ or ‘provide moral support’ to groups the government has labelled ‘terrorists.’

Media Targeted
The legislation is also being used to stifle Ethiopia’s media. Last week a judge in Ethiopia’s federal high court charged six journalists with terrorism. According to the New York based campaign group – the Committee to Protect Journalists, (CPJ), 10 journalists have now been charged with terrorism related offences since June.

In an interview with Agence France-Presse, government spokesman Shimelis Kemal accused the journalists of ‘abetting, aiding, and supporting a terrorist group.’

And the crack-down is not confined to Ethiopian nationals. Earlier this month an Ethiopian court said two Swedish journalists must face charges of helping a terrorist group and entering the country illegally. Reporter Martin Schibbye and photographer Johan Persson were charged with terrorism after they were arrested crossing from Puntland into Ethiopia’s troubled Ogaden region with members of the banned Ogaden National Liberation Front (ONLF) in July.

If found guilty, they could face a maximum of 15 years in jail.

In August, a delegation from Amnesty International was expelled from Ethiopia. Speaking shortly after her expulsion from the country, Amnesty’s Claire Beston told the Bureau: ‘Civil society activists have said the situation is rapidly deteriorating – to use their words. Journalists are more afraid even than they were before, and we are even talking about a significant climate of fear – all those groups are already operating in a climate of fear.’

Foreign Tourists under Surveillance
In a separate move it has also been reported that the government is targeting tour operators to monitor the movements of foreign nationals on holiday following the Bureau’s original investigation. The Bureau/Newsnight team entered the country on tourist visas posing as holidaymakers.

While fire was enulfing his whole body, he was calling for justice, freedom and democracy and urged people to rise up against the oppressors. He wanted martyrdom … he chose to sacrifice his life for the sake of liberty and justice.
Witness to Yenesew Gebre’s self-immolation

According to the Indian Ocean Newsletter, representatives of the tour operators active in the country were summoned to a meeting at the ministry of transport in Addis Ababa last month. It says that during the meeting the tour operators were blatantly asked to include an Ethiopian intelligence officer from now on.

It says: ‘According to one source present at the meeting, the instructions from the government official specified that the tour operators should meet the agent’s expenses. The agent’s job will be to keep a watch on all the movements of the visitors and determine their reason for going to Ethiopia.

‘This measure follows on a recent BBC report criticising the situation in the Ogaden region and the political use the Ethiopian government made of international aid,’ states the Newsletter. ‘It would appear that from now on the Ethiopian authorities want to prevent foreign journalists from entering the country with tourist visas and travelling around the country.’

The Bureau asked the Ethiopian Embassy in London for a response to the death of Yenesew Gebre and the allegations concerning the current government crack-down. It is yet to respond.