October 27, 2011 by Chris Woods
Published in: Uncategorized
Tweet
Email this 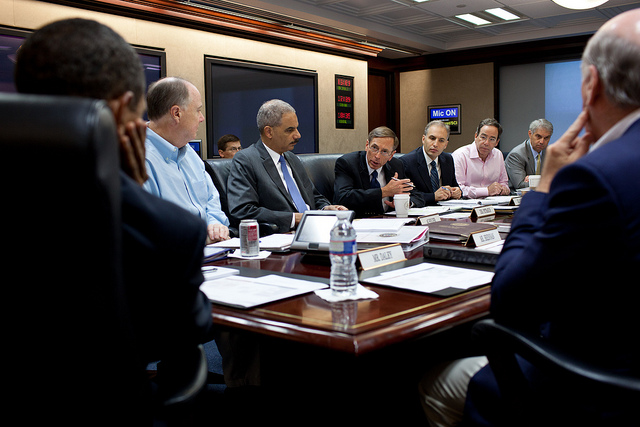 A fresh US drone strike killed a group of senior militants in Pakistan today, the latest in a string of recent attacks which have reportedly killed a high ranking militant, or High Value Target as they are known in military jargon.

On 6 September former US General David Petraeus took charge at the Central Intelligence Agency. Since then the Bureau has recorded twelve CIA drone strikes, eleven in Pakistan and one in Yemen. Of these at least seven have killed senior militants. Another attack reportedly targeted but missed an HVT. The Bureau is also awaiting confirmation on a possible thirteenth attack, in which three more militant commanders may have died. In total up to twenty named militants have been reported killed.

Could it be that the US is moving away from its recent strategy of using drone strikes to kill low-ranking militants in Pakistan?

In the early years of the drone campaign under President Bush, almost all attacks were against HVTs who were viewed as a strategic threat to US interests. But over the years those rules were relaxed, first by Bush and then by President Obama. Three days after the failed Pakistan Taliban attempt to bomb Times Square in May 2010, for example, ‘the CIA received approval to target a wider range of targets in Pakistan’s tribal areas, including low-level fighters whose identities may not be known,’ according to Reuters.

For the Bureau’s full data on CIA drone strikes in Pakistan click here.

But the situation may be changing. The 27 October drone strike in Waziristan, which reportedly killed the brother of key militant commander Maulvi Nazir, his deputy commander and as many as three other local commanders, is just the latest in a string of attacks where reports name senior militants.

Dr Micah Zenko, a drones expert with the US-based Council on Foreign Relations, urges caution: ‘There’s been no real indication so far that there’s been a shift in strategy,’ he told the Bureau. ‘With almost 300 strikes one would expect statistical blips like this.’

High death tolls
The Agency uses what it terms ‘pattern of life’ analysis, along with opportunistic attacks, to strike at groups which threaten its operations in Afghanistan. Such strikes can often result in high death tolls. An attack on August 10 killed up to 25 unnamed alleged members of the Haqqani Network, for example.

But such strikes may carry greater risk of errors. On March 17 an opportunistic attack struck a tribal meeting in North Waziristan. Between 32 and 53 people were killed, most of them civilians, including 19 people the Bureau was able to identify by name. Following uproar in Pakistan – and after the publication of the Bureau’s data on the strike – a US counter terrorism official told the New York Times:

There’s no question the Pakistani and U.S. governments have different views on the outcome of this strike. The fact is that a large group of heavily armed men, some of whom were clearly connected to Al Qaeda and all of whom acted in a manner consistent with A.Q.-linked militants, were killed.’

Pakistan may be able to tolerate strikes on HVTs. But it appears unable and unwilling to sell attacks on unnamed alleged militants to its angry population.

Knockout blow
The killing of Osama bin Laden by US Special Forces on May 2 was reported to have resulted in a ‘library’ of intelligence material. Three days after his death US drone strikes resumed in Yemen after a nine-year break, when a Reaper tried to kill Anwar al-Awlaki. Within a month, senior al Qaeda commander Ilyas Kashmiri was killed by CIA drones in Pakistan. Senior US officials began talking up the prospect of delivering a knockout blow to Al Qaeda in Pakistan and elsewhere.

When the Bureau published its full database of CIA drone strikes in Pakistan on August 10, it identified 128 named militants killed in attacks since 2004. Since then, at least twenty new names have been added to that list, most of them HVTs from Al Qaeda, the Haqqani Network and the Pakistan Taliban. The October 27 strike alone is said to have killed a number of commanders from Maulvi Nazir’s militant group, with an attack the previous day apparently killing a senior Pakistan Taliban commander.

A further four named militants were killed by the CIA in Yemen on September 30, including US citizens Anwar al Awlaki and Samir Khan. The Bureau is seeking clarification on whether a subsequent Yemen strike – which killed another al Qaeda commander along with Awlaki’s 16-year old son and others – was also the work of the Agency.

Bigger Fish
Is this just a statistical blip? Caution is certainly needed when trying to detect patterns, but it is a theme the Bureau will continue to monitor in its ongoing analysis of US drone strikes.

This article was amended on  28 October to incorporate data from two new reported drone strikes, and to include the names of two al Qaeda members reported by the Washington Post to have been killed earlier in October.