October 22, 2011 by Melanie Newman
Published in: Uncategorized
Tweet
Email this 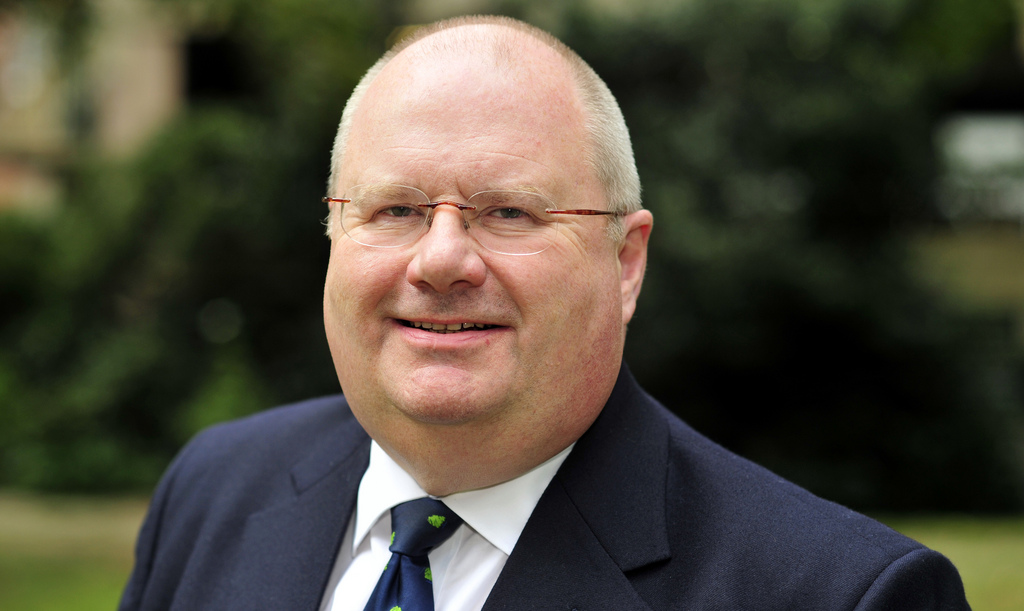 The local government secretary, Eric Pickles, attended a dinner with lobbyists and business chiefs at a five-star hotel in London but did not feel obliged to declare it due to a ‘gaping loophole’ in transparency rules.

An investigation by the Bureau with the Sunday Times has revealed how ministers are able to sidestep rules on declaring hospitality by saying they attended events in a ‘private’ capacity.

The dinner attended by Pickles at the Savoy in February was hosted by the lobbying firm Bell Pottinger. It was also attended by Brandon O’Reilly, chief executive of Farnborough airport, who at the time was awaiting a decision by Pickles’s Department for Communities and Local Government (DCLG) and the Department for Transport (DfT) on an application to almost double the capacity of the airport.

The ministerial code was updated last year to improve the openness of government. It obliges ministers to declare all hospitality accepted in a ‘ministerial capacity’ and all meetings with external organisations. The information should be published quarterly.

A spokesman for Pickles said he was not required to register the dinner because he had attended in a ‘private’ and not a ‘ministerial’ capacity.

He was unable to say whether Pickles had travelled to the dinner in his ministerial car. ‘We are not sure, we don’t hold the records.’

Bell Pottinger Public Affairs was appointed by TAG Farnborough Airport in 2008 to advise on its proposal to increase the number of flights at the airport to 50,000 a year. The plan was rejected by Rushmoor borough council in Hampshire but was referred to central government after an appeal and planning inquiry.

The Savoy dinner was held on February 1 and the airport’s expansion plans were jointly approved by the DCLG and DfT on February 10.

Guidance from Pickles’s own department states that planning ministers are ‘strongly advised’ to decline requests for meetings from interested parties during a planning appeal.

Pickles’s attendance at the dinner in the Savoy’s Gondoliers Room emerged in a blog posted by Peter Bingle, chairman of Bell Pottinger Public Affairs.

‘The discussion must remain private but I can reveal that the guests were more than just impressed,’ he wrote.

There were 22 people at the dinner, including Damian West, the director of strategy and planning at Southern Cross Healthcare, the care home operator which collapsed in July.

A spokesman for Pickles said the cabinet minister attended the dinner in a ‘private’ capacity and that it was ‘malicious to suggest any impropriety’. Pickles did not speak to O’Reilly at the dinner or discuss the airport, he said.

The decision on Farnborough’s expansion was taken by Bob Neill, a planning minister, and not Pickles, he added.

A spokesman for the DCLG said Pickles had ‘met the requirements of the ministerial code’.

Sarah Clayton, of the campaigning group Airport Watch, said: ‘Had Mr Pickles met privately with environmental campaigners a week before the application, and had it been refused nine days later, all hell would have broken loose.’

According to the Cabinet Office, ministers decide for themselves whether a meeting or hospitality is private or ministerial business, depending on what is talked about.

The spokesman for Pickles said there had been a ‘political chat about the political landscape’ at the dinner.

Lord Bell, who heads Bell Pottinger, said ‘no specific commercial issue about Farnborough or anything else was discussed’.

However, Sir Alistair Graham, former chairman of the committee on standards in public life, said the dinner exposed a ‘gaping loophole’ in the code, and Tamasin Cave, spokeswoman for the Alliance for Lobbying Transparency, said: ‘What Pickles means by ‘private’ is in fact ‘secret’.’

Meanwhile, w4mp.org, a website that provides information and advice for MPs’ staff and receives £39,000 a year from the House of Commons, recommends its readers use lobbyists to help draft speeches and says they can help Commons researchers draft ministerial questions or handle the administration of all-party parliamentary groups.

It adds: ‘The lack of room for career progression for MPs’ staff means that even if you are happy now, there might come a time when you will want to move on and lobbying could be the field where you next emerge.’