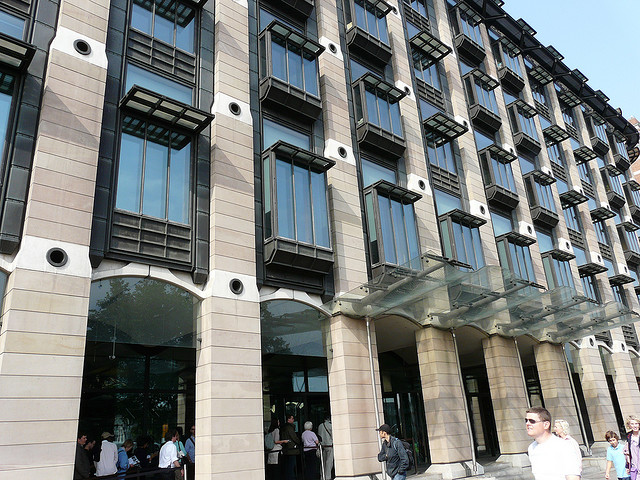 A number of MPs have asked questions in parliament in 2011 in areas where they have private business interests, a Bureau investigation has found.

Twelve MPs have been found to have taken part in committees, contributed to debates or asked questions in parliament that are closely related to their personal financial interests.

All the politicians deny their financial interests have in any way influenced their parliamentary activities.  They point out that they have complied with rules governing disclosure of MPs’ financial interests, including listing these interests on the public Commons register.

But three scrutinised by the Bureau – Julian Sturdy, MP for York Outer, Mark Simmonds, MP for Boston and Skegness and Watford MP Richard Harrington – have contributed to debates relevant to their registered interests without drawing attention to these. Commons guidance on debates states that a registered interest should be declared ‘if it might reasonably be thought by others to influence the speech, representation or communication in question.’ The three, who are all Conservative, maintain that listing their interests on the register was sufficient in each instance.

Grahame Morris, Labour MP for Easington, called on Parliament to ‘look again’ at the ability of MPs to use their position in relation to matters where they have a direct financial interest. ‘Whilst members must declare their private interests to Parliament and this information is published, there remain serious questions about whether this is a strong enough safeguard against abuse of the system. The vast majority of the public will be unaware of the private financial dealings of each MP and the lax system of declaring these interests orally in the chamber means that many abuses often go unnoticed.’

MPs who have asked questions in the past nine months relating to their registered interests include:

*Anne McIntosh, chair of the environment and rural affairs select committee, and fellow committee members Richard Drax and Neil Parish. All three Conservative MPs own land which attracts an agricultural subsidy, the single farm payment. The trio contributed to the select committee’s recent report on the future of the Common Agricultural Policy, which recommended direct payments to farmers be retained. While they declared their interest orally before beginning their investigation, rules on select committee membership say that members must consider ‘whether the relationship of his or her interest to the subject of the inquiry is so close that it is not possible to participate effectively in the inquiry without crossing the borderline into advocacy.’ Mr Parish said the subsidy was paid to his tenant rather than directly to himself.

*Julian Sturdy, a partner in G E Sturdy & Son, a farming partnership contributed to a debate in June in which he argued against withdrawal of European farm subsidies. A spokesman for Mr Sturdy said the MP had ‘merely made an intervention on another members’ speech rather than making a speech himself’.

*Mark Simmonds, a former shadow health minister, who is paid a quarterly fee of £12,500 as adviser to private health provider Circle Health, contributed to two debates in which he offered support for the Health and Social Care Bill, legislation which is likely to lead to greater use of the private sector to run the NHS.

*Richard Harrington,who received £10,000 as director of wealth management firm Eden Group between January and July 2011 and owns shares in the company, contributed to a debate on the 50% tax rate for high-income individuals. ‘I believe that the 50% tax rate will prove to be a disaster’ Mr Harrington said in the debate on the Finance Bill on April 26.

*Christopher Pincher, Conservative MP for Tamworth, who according to Companies House records was appointed director of JT Leavesley on May 1 2011 though he claims he did not sign off on the appointment till June 9, asked the Defence Secretary ‘what steps he is taking to ensure that the prime defence contractors implement government proposals that 25 per cent of contracts should be placed with small and medium-sized enterprises,’ on April 18. Leavesley is a medium-sized firm whose selling and procurement arm has previously gained MoD contracts.

*Mark Pritchard, Conservative MP for the Wrekin, is paid around £1,600 per month by the Soufan Group, a security consultancy with expertise in maritime security and professional security training. On July 22, Mr Pritchard asked if the foreign secretary would ‘publish the legal advice he received concerning the use of private security companies on UK commercial shipping off the Horn of Africa’. That followed an earlier question from Mr Pritchard on July 20 to the Defence Secretary on ‘whether he has any plans to deploy British military personnel on British commercial shipping,’ in the same region. In August he asked whether the government would ‘provide a small military training and technical team to the government of Southern Sudan to assist its military capacity’.

*Wimbledon MP Stephen Hammond, parliamentary private secretary to local government secretary Eric Pickles and a former shadow transport minister, is paid £25-30,000 per year as consultant to the Confederation of Passenger Transport, lobbyists for the light rail and bus industries.  In March Mr Hammond asked the Home Secretary what legislative provisions were planned to remove a requirement on coach drivers ferrying children across local authority boundaries to undergo criminal records checks in each region.

Mr Hammond is also paid £15,000-£20,000 per year for acting as parliamentary consultant to the Professional Contractors Group, which lobbies on behalf of freelancers. On May 24 Mr Hammond asked the Business Secretary whether he planned to ‘review the operation of the Agency Workers Regulations 2010 and its associated guidance’. He asked a second related question on the same day, about whether ‘limited company contractors’,  fell under the scope of the regulations. The PCG has lobbied for contractors with their own companies to be allowed to opt out of the Agency Workers Regulations, which put temps on a par with permanent employees in terms of sick pay and holiday leave after 12 weeks. The group also believes the new law is ambiguous and government guidance on it is inadequate. Mr Hammond said his questions were prompted by other concerns.

*Labour MP for Greenwich and Woolwich Nick Raynsford, a former minister for housing and planning, has earned more than £50,000 in 2011 from organisations related to the construction industry including the Construction Industry Council, National House Building Council Foundation, Hometrack and Triathlon Homes and has asked numerous Parliamentary questions about housing, planning and construction in 2011.

*A further two MPs’ conflicts of interests were disclosed in an earlier Bureau investigation with the Sunday Times, which found Conservative MP Robin Walker had lobbied for a cut in beer tax while employed by a consultancy whose clients include a brewer and a pub company. And Tim Yeo, another Tory MP and chairman of the energy and climate change select committee, which is currently investigating the consequences of using more renewable energy, has registered that he is director of three renewable companies.

All the MPs maintained that their questions and contributions had not been prompted or influenced by those interests and there is no evidence of wrong-doing.

Until 2002, MPs were barred from discussing, in Parliament, matters of direct interest to a person or group employing them. The rules were found to be ‘unnecessarily inhibiting the ability of members to become well informed and to use their expertise and experience effectively,’ and were amended. MPs are now only forbidden to raise issues that would exclusively benefit groups in which they have an interest.

But in December 2010 the Commissioner for Standards and Privileges recommended the rules be re-visited, noting that: ‘Relaxation of the rule in 2002 … has provided members with a defence that the change or action which they are advocating would benefit, not just the person or body which is paying them, but a wider business sector, to which that person or body belongs’.

‘The risk of giving the impression’ that members can advocate a policy or lobby a minister for personal benefit should be avoided, while still allowing MPs to represent their constituents and speak freely on public policy, the Commissioner said.

Paul Flynn, Labour MP for Newport West, said the examples showed the code of conduct needed to be revised. ‘Parliament has a Herculean task to regain trust and confidence,’ he said. ‘We must impose new rules on members interests that are absolute and puritanical.  It’s not enough to say the members have behaved ethically. A new code of conduct must be devised to make it impossible for MPs to favour vested interests.’

Russell Brown, a Labour MP who was a member of the standards and privileges committee that initially proposed the conduct rules be relaxed, said: ‘Parliament needs to work hard to rebuild trust with the public and so I’d support looking again at these rules if it will help restore people’s confidence. During these tough times people across the country need to know that all MPs are totally focused on fighting for what matters to them.