October 14, 2011 by Chris Woods
Published in: Uncategorized
Tweet
Email this 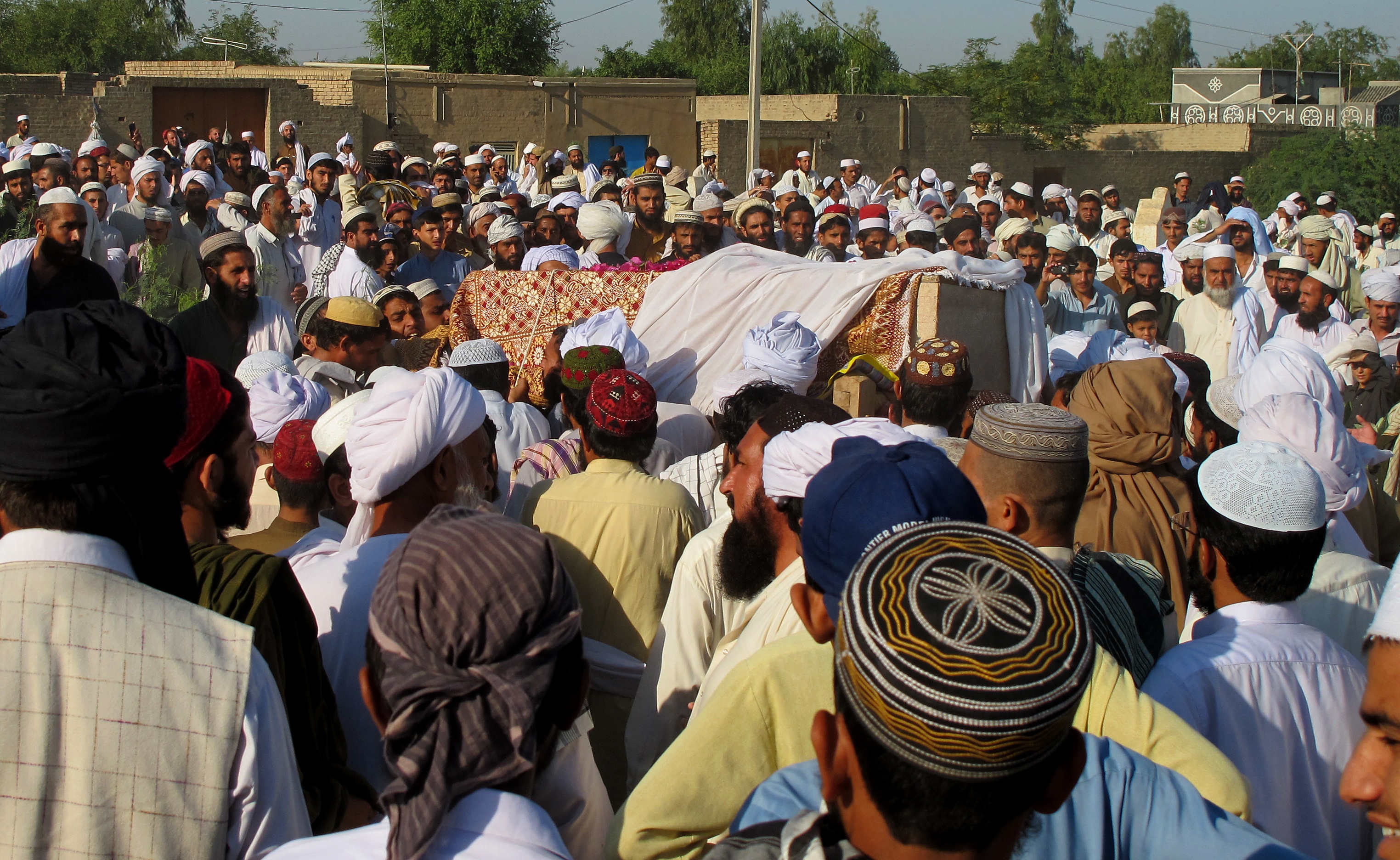 Over 2,000 mourners attended the funeral of Maulana Iftiqar, the head of a local religious school  – Ishtiaq Mahsud/PA Photos

The United States ‘covert’ drone war in Pakistan reached a new milestone today with the 300th attack on alleged militants in the country’s tribal areas, according to research by the Bureau.

Just before dawn on Saturday, CIA drones struck a housing compound in Angor Adda, South Waziristan. Up to six alleged militants died in the attack with at least three injured.  The casualties were linked to local militant commander Maulvi Nazir. He is viewed as hostile by the US because of militant attacks inside Afghanistan, despite his having a long-standing peace deal with Pakistan.

CNN’s report on the 300th US drone strike on Pakistan:

The CIA attack is the fourth in Waziristan in 48 hours.  On Friday more than 2,000 mourners attended the funeral of Maulana Iftiqar, the head of a local religious school – and reported jihadist – killed in a strike the day before.  A local politician told the assembled mourners that ‘America should realise that these attacks are causing hate against it, and see these thousands of people who are here to attend funeral of a martyr.’

Three hundred strikes
The Bureau has now identified 300 drone strikes since June 17 2004. Of these, 248 have occurred during President Obama’s three years in office, rising to a frequency of one strike every four days.

According to a detailed analysis of the attacks, at least 2,318 people have been killed in the CIA campaign, the majority of them alleged militants.

Related article: Call for all casualties of conflict to be properly recorded

But among them at least 386 civilians – and as many as 775 – have reportedly died, the Bureau’s investigations show, including more than 170 children. And more than 1,100 people have been reported injured.

Denial
The CIA itself recently admitted to killing 2,050 people with its drones – all but 50 of them combatants – after the Bureau published its database in August. Despite substantial evidence published by the Bureau of civilian deaths caused by its strikes, the US continues to claim that it has killed no ‘non-combatants’ in Pakistan since May 2010.

The Bureau’s data is drawn from reputable sources such as AP, Reuters, the New York Times and credible Pakistani media. It is also cross-referenced where possible against leaked US intelligence documents and diplomatic cables; the writings of academics, politicians and former intelligence officials; pending legal cases; and some commissioned field work in Waziristan. The full methodology can be found here.

Iain Overton, the Bureau’s managing editor said: ‘With 300 attacks now recorded in Pakistan, the CIA’s drone strikes mark a major front in the US war in the region. Yet officially the US will not even acknowledge this programme. The need for scrutiny has never been higher.’

For the complete data on drone strikes click here