October 10, 2011 by Angus Stickler
Published in: Views from the Bureau
Tweet
Email this 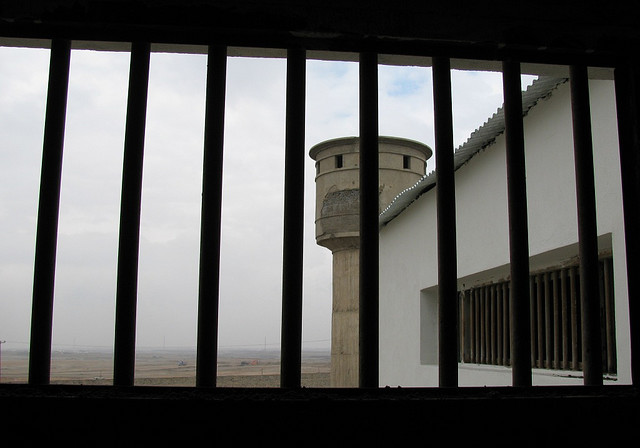 The United Nations has now published evidence of the widespread torture of detainees in Afghan detention facilities including prisoners handed over by the international military forces.

The United Nations Assistance Mission in Afghanistan (UNAMA) report, documents the torture and mistreatment of detainees in 47 detention facilities across the country. It conducted extensive interviews with 379 detainees between October 2010 and August 2011. Almost half held by the Afghan National Directorate of Security (NDS) said they had experienced torture.

Methods of torture
The report details how torture methods included suspending people by their wrists, beatings to the soles of their feet, electric shocks, twisting detainees’ genitals, removing toe nails and being put in stress positions.

[Memoranda of Understanding are] one of the worst practices in terms of its effect on the system of human rights protection as a whole at the moment.
Matt Pollard, Amnesty International

According to the report, in early September ISAF stopped transferring detainees to 16 installations identified by UNAMA.

‘Torture is one of the most serious human rights violations under international law, a crime under Afghan law, and strictly prohibited under both laws,’ said Georgette Gagnon, Director of Human Rights for UNAMA. ‘Accountability for torture demands prosecutions.’

Flouting international law
It is a clear breach of international law to transfer detainees to the custody of another state where they may face a risk of torture. This is enshrined in the 1949 Geneva Conventions, the Convention Against Torture, the International Covenant on Political and Civil Rights, and the European Convention on Human Rights.

Last month a joint investigation by the Bureau and the NewStatesman revealed how a group of the world’s most powerful military nations – including the UK – are attempting to circumvent their international obligations with the use of Memoranda of Understanding (MoU): written promises that the detainees will come to no harm.

[Memoranda of Understanding] are utterly meaningless if the receiving country is known to engage in a pattern and practice of torture.
Professor Juan Mendez, the UN Special Rapporteur on Torture

The UNAMA report underscores a growing body of evidence of widespread torture in Afghan detention facilities and the failure of diplomatic assurances. Critics argue that MoUs are being used by nation states as a vehicle to circumvent international human rights obligations.

Related article: A charter for torture

Matt Pollard, a senior legal advisor at Amnesty International told the Bureau. ‘We’ve said categorically that that type of practice is actually undermining the prohibition of torture and other ill treatment and other human rights obligations. It’s one of the worst practices in terms of its effect on the system of human rights protection as a whole at the moment.’

Professor Juan Mendez, the UN Special Rapporteur on Torture agrees: ‘Diplomatic assurances do not relieve the sending countries of their State responsibility for having committed a serious breach of an international obligation,’ he told the Bureau. “[Memoranda of Understanding] are utterly meaningless if the receiving country is known to engage in a pattern and practice of torture.’

Recommendations
In a series of recommendations the UNAMA report calls for robust oversight and monitoring of all transfers of detainees to custody and possible suspension of transfers where credible reports of torture exist.

According to UNAMA, the Afghan authorities have launched their own investigations and indicated that responsible individuals will be suspended from their positions and in serious cases, prosecuted.

‘Mistreatment is not an institutional or Government policy,’ said Staffan de Mistura, the Special Representative of the Secretary-General for Afghanistan said: ‘The fact that the [Afghan authorities] cooperated with UNAMA’s detention observation programme suggests that reform is both possible and desired.’

Troop contributing countries have been handing over detainees in the full knowledge that they are at of risk torture for years. This report confirms that it continues unabated.

The full report and the response from the Government of Afghanistan are available on the UNAMA website.