September 29, 2011 by Angus Stickler
Published in: Uncategorized
Tweet
Email this 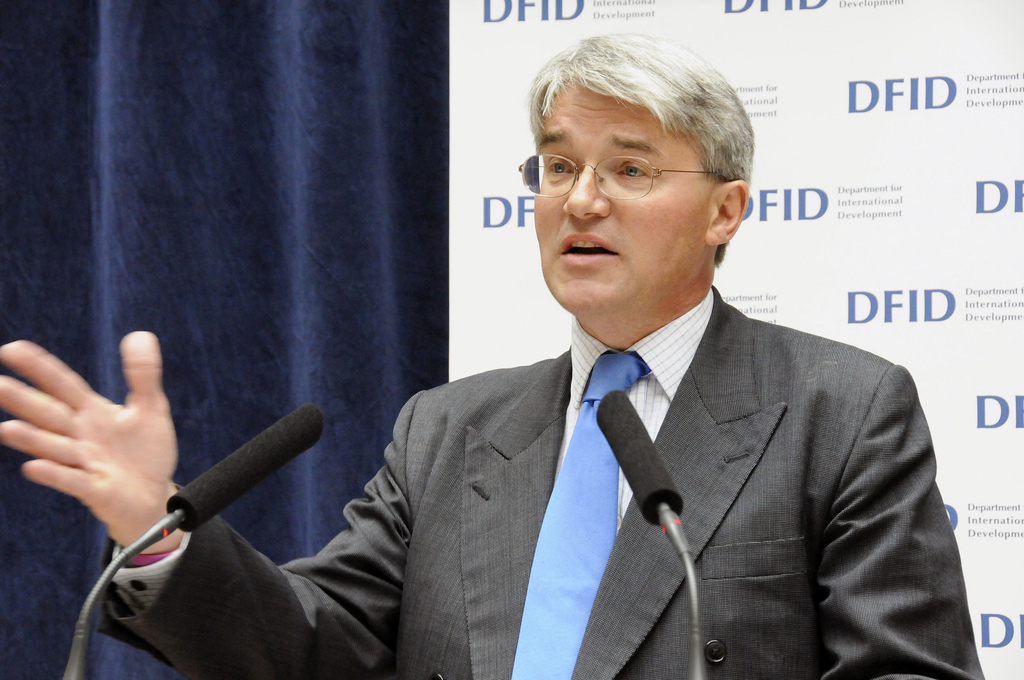 In an unprecedented attack Human Rights Watch has accused cabinet minister Andrew Mitchell of being ‘disingenuous’ and ‘misleading’ in an interview about the misuse of aid in Ethiopia. The leading, international NGO suggests the UK has bowed to pressure from the Ethiopian government allowing it to dictate the terms on which British taxpayers’ money is monitored.

Last month the Bureau of Investigative Journalism and BBC Newsnight exposed how long-term development aid was being used for political purposes by the Ethiopian government, effectively starving the opposition into submission.

Interviewed on Newsnight last Wednesday by Jeremy Paxman, Mr Mitchell, the international development secretary, asserted that no British development support goes through the government of Ethiopia. He also stated officials had conducted an on-the-ground investigation and found no evidence of the systemic misuse of food aid.

A weapon of oppression
Last year Human Rights Watch (HRW) published a comprehensive report into allegations that aid was being used as a weapon of oppression. In an open letter published today, Jan Egeland the NGO’s deputy executive director for Europe accuses the secretary of state of disingenuous and misleading conduct. It also implies that Mr Mitchell and his department have bowed to pressure from the Ethiopian government.

‘We recognise that the Ethiopian government is extremely resistant to scrutiny,’ says Mr Egeland. ‘Nonetheless, the British government and other donors to Ethiopia should not allow the Ethiopian government to dictate the terms on which public British money is monitored, and every effort should be made to prevent British development aid from strengthening authoritarian rule and repression.’

The letter details how the largest development programme is given in block grants to regional governments and how the Ethiopian federal government is responsible for administering and monitoring the programme. According to the letter the British Ambassador to Ethiopia told HRW that the programme is ‘budget support in all but name’.

During the Newsnight interview Mr Mitchell also claimed that British aid is administered by ‘an independent government organisation which we monitor extremely closely’.  HRW says this is ‘misleading’. Their letter details how the aid is managed by the Ethiopian Ministry of Agriculture and Ministry of Finance. ‘There is no way in which the phrase ‘independent government organisation’ properly describes this arrangement,’ says Mr Egeland.

The British government and other donors to Ethiopia should not allow the Ethiopian government to dictate the terms on which public British money is monitored, and every effort should be made to prevent British development aid from strengthening authoritarian rule and repression.
Jan Egeland, HRW

The Bureau/Newsnight investigation travelled into Ethiopia under cover as tourists and revealed how communities deemed loyal to the opposition had been denied food aid, seed and fertiliser.

During the Newsnight interview Mr Mitchell asserted that British officials had investigated ‘on the ground’ and ‘found no evidence of the systemic manipulation of food aid’.

A desk-based study
However, a DFID official subsequently confirmed to Newsnight that Mr Mitchell was referring to a desk study conducted from Addis Ababa. The report clearly states it did not seek to prove or disprove allegations of distortion and also recommended that it should be followed up with a field investigation.

The report was compiled by British officials for the Development Assistance Group (DAG) – a consortium of international donors.

‘British officials did not investigate on the ground,’ says Mr Egeland. ‘A proper investigation capable of drawing conclusions about the nature of abuses by the Ethiopian government would need to be conducted at the field level, and our understanding is that no such investigation has been undertaken.’

According to Human Rights Watch DFID officials told the charity in April this year that the field investigation had been cancelled and was no longer deemed necessary.

Following the broadcast of the Bureau/Newsnight investigation DAG officials have confirmed that it is now pressing ahead with the programme and is currently recruiting staff.

Mr Egeland calls on the British government to commit to ‘an independent, impartial, transparent, field-based investigation into allegations of the manipulation of donor funded government services for political purposes’.

The Bureau offered the international development secretary, Andrew Mitchell, full right of reply, asking for a detailed response to the Human Rights Watch letter. It also asked him to explain why he implied on national television that no British support goes through the Ethiopian government and that officials had conducted an on-the-ground investigation which found no evidence of systemic misuse of aid.

A DFID official referred the Bureau to Mr Mitchell’s response to the HRW letter:

‘The British Government does not agree with all of your assertions nor your conclusions. We also do not believe the [HRW] report is methodologically sound.

‘Human Rights Watch is an organisation for which I have profound respect and admiration. But it is important not to overstate criticisms in an unbalanced manner, the effect of which will be to undermine the vital work HRW carries out in other parts of the world.

‘You point out in your letter that the Ethiopian Government must not dictate the terms on which British public money is monitored. I am happy to confirm that this is not the case.’