September 28, 2011 by Jamie Thunder
Published in: Views from the Bureau
Tweet
Email this 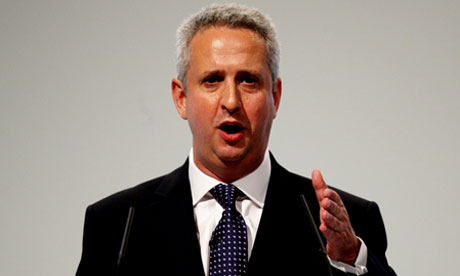 Ivan Lewis: has he thought it through?

A shadow minister is supposed to have a strong grasp of their brief. Their job is to act as a check on what their counterpart in government is doing, and to develop their own party’s policies in case they get into power. For both of these, good knowledge of their area is vital.

But at this week’s Labour Party conference Ivan Lewis, the shadow culture secretary, made a proposal so bizarrely out of touch that it’s difficult to know where to start.

In an otherwise sensible passage on the failures of self-regulation of the press, he said: ‘As in other professions the industry should consider whether people guilty of gross malpractice should be struck off.’

For someone to be struck off, of course, there has to be some sort of register for them to be removed from. What he’s suggesting is basically a licence for journalism. Lewis said in the speech and on Twitter that he opposes state oversight of the press, which at least takes away the spectre of journalists needing approval from the government they’re suppose to hold to account. But it’s hard to see how an industry-run register would even begin to work.

What newspaper would allow one of its reporters to be ‘struck off’’?

It’s far more likely that they’d just refuse to recognise its authority, much like Richard Desmond’s Daily Express and Daily Star did earlier this year when they left the Press Complaints Commission because it wasn’t convenient to keep having to apologise.

There’s also the fact that if the industry runs the register, it’ll exclude those outside the industry. In fact, what’s really disturbing here is how oblivious our shadow culture secretary is to how the media is changing – and even how it’s already changed over the past decade.

Perhaps 20 years ago when journalism was a far more easily-defined concept such a register would have been possible, although there would still have been problems around freelancers and occasional contributors.  But today, with the plethora of blogs, web-based publications (such as this one) and other media – how wide does a register need to reach?

Lewis has taken an extreme example and ignored the vast swathes of grey in the middle. Should Johann Hari, for example, be banned for lifting others’ quotations and passing them off as his own? What about a sub-editor who writes a headline that completely distorts accurate copy beneath it?

These are subjective issues to be decided by individual organisations, not by a panel.  Any register for journalism completely ignores how the media has changed, is changing, and will change. Ivan Lewis’ suggestion of a register is either unworkable or pointless.

Jamie Thunder is a blogging PhD student at City University, looking into the future of investigative journalism.  His blog can be viewed here.