September 22, 2011 by Angus Stickler
Published in: Uncategorized
Tweet
Email this 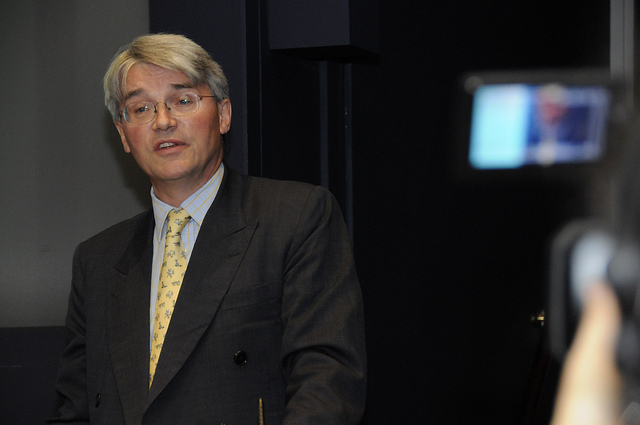 Last month a joint, undercover investigation by the Bureau and Newsnight revealed sickening human rights abuses and the systematic misuse of aid by the Ethiopian government.

The response from officials working for Prime Minister Meles Zenawi to the investigation was as expected: a vitriolic attack on our journalism with accusations of impartial reporting promoting the views of terrorists.

However, it is the response of the British government that causes more disquiet.

Last night Newsnight aired another piece following several further developments suggesting a crackdown by the Ethiopian government on opposition members as well as people believed to have contributed to our report.

Answering the charges
The International Development Secretary Andrew Mitchell appeared on the programme to answer the allegation that DFID has turned a blind eye to these abuses by continuing to provide millions of pounds in aid to Ethiopia.

It started well with the secretary of state saying that the programme aired serious allegations that need to be answered, and that he would personally raise them with Prime Minister Zenawi and his officials, pressing for an open and independent investigation.

It was only when pushed on the issue that he admitted that the department in fact relies on ‘regional implementation’. And this is where his argument breaks down.

These are grave allegations concerning atrocious human rights abuses and the systemic misuse of aid – British taxpayers’ money – for political purposes. It doesn’t get more serious than this.

It was what followed that smacks of obfuscation.

Mr Mitchell’s opening gambit was that no British development support goes through the Ethiopian government, giving the impression that our aid was in safe hands.

It was only when pushed on the issue that he admitted that the department in fact relies on ‘regional implementation’. And this is where his argument breaks down.

Response from the Department for International Development
‘In the past five years, British aid to Ethiopia has helped to halve rates of malaria, double immunisation rates, put four million children into primary school and protect almost eight million people from hunger.

‘It is entirely wrong to suggest the misuse of taxpayers’ money.

‘The British Government takes allegations of aid distortion very seriously. DFID officials in Ethiopia made regular field visits to monitor implementation of all DFID-funded programmes.  These visits looked at all aspects of implementation, including whether there was any evidence of distortion.  Those field visits – and dozens of similar visits by other donor agencies – made clear that there was no systemic distortion for political reasons in the distribution of aid.’

In a virtual one party state there is no distinction between central and local administrations. They are essentially one and the same: the orders come down from on high, and all are expected to toe the line.

It was pointed out to Mr Mitchell that the allegations are centred on the distribution of aid at just such a local level.

But it was his subsequent assertion that was more remarkable.

Mitchell stated that British officials had already investigated similar allegations on the ground and found no evidence of systemic manipulation of aid.

Desk-based investigations
It was only later that officials confirmed that Mr Mitchell was referring to a report compiled by British officials for the Development Assistance Group (DAG) – a consortium of international donors. This was a desk-based study compiled in Addis Ababa, looking at programme systems and safeguards on paper. It clearly states that it did not seek to prove or disprove allegations of distortion.

The report itself also recommended that it should be followed up with a field investigation.

Again these are important issues – not only about the misuse of taxpayers’ money – but horrific allegations of human rights abuses including mass detentions, extrajudicial killings, torture and rape.

Either Mr Mitchell has been ill-advised or he is playing politics: clouding the issue over our government’s support of a regime seemingly intent on crushing dissent. The British public deserves better.

Click here to read the Bureau’s investigation in full.