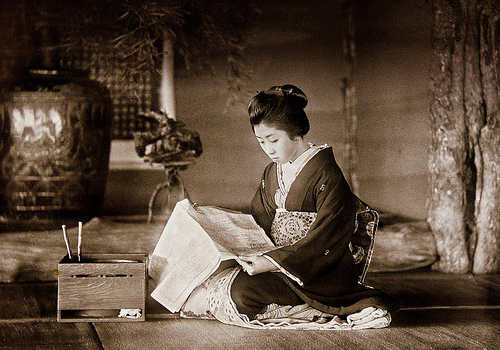 Japan has one of the highest literacy rates in the world.

Jake Adelstein is an intriguing journalist.  He exposes criminals, investigates corruption and risks his life to get the story.  And he does all this in Japanese.  Given he is a white Jewish American, this is no mean feat.

He has captured his experiences in ‘Tokyo Vice‘, a book that reports Adelstein’s time as a journalist for the most popular Japanese-language newspaper, the Yomiuri Shinbun.

There’s a word in Japanese, hanmen kyoshi, which means ‘the teacher who teaches by his bad example.’  Jake says that he is an excellent hanmen kyoshi in the book.

Below is an extract that sums up what his Japanese editor sees as the eight main points of being a good investigative journalist.

It’s pretty on the mark.

Two. Finish a story as soon as possible. The life of news is short. Miss the chance, and the story is dead or the scoop is gone.

Three. Never believe anyone. People lie, police lie, even your fellow reporters lie. Assume that you are being lied to, and proceed with caution.

Five. Remember and persist. Stories that people forget come back to haunt them. What may seem like an insignificant case can later turn into a major story. Keep paying attention to an unfolding investigation and see where it goes. Don’t let the constant flow of new news let you forget about the unfinished news.

Six. Triangulate your stories, especially if they aren’t an official announcement from the authorities. If you can verify information from three different sources, odds are good that the information is good.

Seven. Write everything in a reverse pyramid. Editors cut from the bottom up. The important stuff goes on top, the trivial details go to the bottom. If you want your story to make it to the final edition, make it easy to cut.

Eight. Never put your personal opinions into a story; let someone else do it for you. That’s why experts and commentators exist. Objectivity is a subjective thing’.