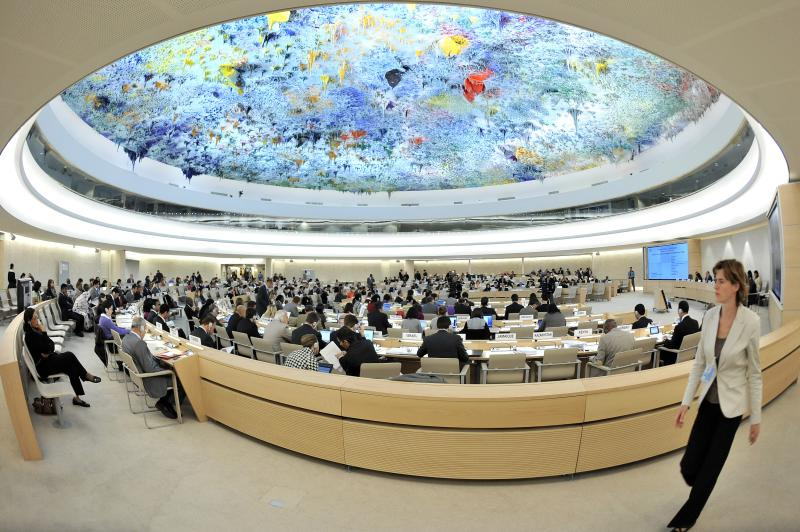 The Bureau’s chief reporter, Angus Stickler, will be talking about his undercover investigation in Ethiopia at the 18th Session of the UN Human Rights Council in Geneva.

The event, to be hosted tomorrow, aims to raise international awareness of the situation in Ethiopia’s Ogaden region, where conflict and famine continue to devastate the area.

Stickler will discuss a joint investigation done with the BBC’s Newsnight, which focused on the distribution of development aid in Ehiopia.

The investigation uncovered evidence that the Ethiopian government is using billions of dollars of development aid as a tool for political oppression.

It found villages where whole communities are starving, having allegedly been denied basic food, seed and fertiliser for failing to support Prime Minister Meles Zenawi. The investigation also found witnesses alleging the widespread use of torture and human rights abuses by Ethiopian government forces in the Ogaden region.

The media and most aid agencies are banned from the area where the ongoing conflict between ethnic Somali rebels from the outlawed Ogaden National Liberation Front (ONLF) and Ethiopian government forces causes constant terror among the rural, devastatingly poor population.

The joint Bureau and Newsnight team where unable to report from the area, but gathered testament from people that had fled the conflict and sought refuge in the Dadaab refugee camps in northern Kenya.

The Ethiopian government has denied the accusations claiming they were made by members of the ONLF, which it describes as a terrorist group, and other opponents of the the prime minister.

The event at the UN Human Rights Council is being hosted by the Unrepresented Nations Peoples Organisation and the Society for Threatened Peoples. The organisers described the situation in the Ogaden as particularly dire:

‘As conflict and ongoing famine continues to devastate communities in the Ogaden region, the Ethiopian government’s strict blockade on access for independent monitors as well as a number of humanitarian agencies remains in effect. The blockade, which bars even the International Committee of the Red Cross from the region, has allowed security forces in the region free reign to continue targeting civilians with impunity.’

The session will screen the Newsnight piece.

To read the full investigation by the Bureau and Newsnight click here.