August 26, 2011 by Caelainn Barr
Published in: Uncategorized
Tweet
Email this 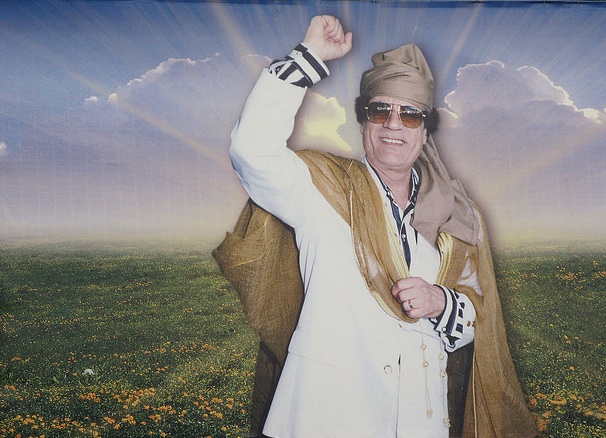 As the Gaddafi regime falls apart, concerns have been raised about oil supplied to western Libya during the six-month uprising.

A ship carrying fuel originally supplied by Italy’s third largest oil supplier, Saras, was turned back by NATO troops in May on the grounds that it could be used for military purposes.

The ship carrying the Saras fuel was contracted by an unknown third-party, which had bought the oil from the Italian company.

Saras was not in breach of any embargo but the reports have sparked serious concern among company investors and NGOs.

The company’s CEO Massimo Moratti, Italian multi-millionaire and owner of Inter Milan football club has also been made aware of the matter.

NATO troops have inspected thousands of ships during the six-month conflict. Eleven have been denied entry into Libyan ports, with the latest denial on August 24, on the grounds that they were carrying products that could help the regime hold onto power.

At least three of these vessels were carrying fuel, including the one carrying the Saras oil.

A NATO official commented: ‘The ship was denied passage because we had reason to believe that its fuel would have been used for military purposes and thus constituting a threat to civilians.’

Although Saras was not directly responsible for dealing with the Libyan regime, investors have raised concerns about the company’s ethical responsibility to monitor where its products end up.

On August 1 a letter addressed to Moratti was sent by the Conflict Risk Network, a group of company investors outlining the concerns.

The company responded that it was not responsible for the oil on the tanker turned back by NATO, as it had already sold it on to another company.

There is no evidence to suggest that Saras did know that the oil was headed for Libya. And due to the secretive nature of the shipping business it is impossible to find out the name of the third party.

Yet there have been concerns raised that the Saras response does not accord sufficiently with the company’s  values which state it takes the: ‘Ethical decision to accept the consequences of its own actions, and to be steadfast, monitoring and responding to the business, environmental of social expectations of its shareholders.’

Shin Furuya, Vice President of Responsible Investment Research at Domini Social Investments said: ‘They [Saras] have a responsibility to respect human rights and this means taking all possible steps to avoiding any actions which could result in the potential facilitation of abuses committed by others. Saras seems to have perhaps avoided its responsibility in this case and risks undermining its reputation.’

Earlier this year Reuters reported that a shipment of Saras fuel destined for western Libya was transported in April. It left the company’s Sarroch refinery in Sicily and headed to the Tunisian port of La Skhira on an Italian tanker belonging to Navigazione Montanari.

At that time the tanker was not denied entry to the country.

The second ship, flagged to Malta, the YM Jupiter, was believed to be carrying up to 15,000 tonnes of Saras fuel. On leaving the Sarroch refinery the Jupiter headed to Malta and on to Libya when it was denied entry on May 20.

The shipments were made at a time when it was public knowledge that Gaddafi’s forces were in need of fuel to retain their grip on power in the west of the country.

Saras has been badly hit by the conflict in Libya, with its shares down by 21% in the past year.

The company sourced over one third of its supplies from Libya and traded with the Libyan state-owned National Oil Company (NOC) before UN sanctions banned transactions with the company.

The GNMTC has not been blacklisted by the UN but it is believed to be run as a front for Gaddafi family interests.

A NATO spokesperson commented: ‘The NATO mandate regarding shipping consists in enforcing an arms embargo in accordance with UNSCR 1970 and 1973. This mandate does not include the public disclosure of intelligence, commercial or private information regarding shipping activity.’