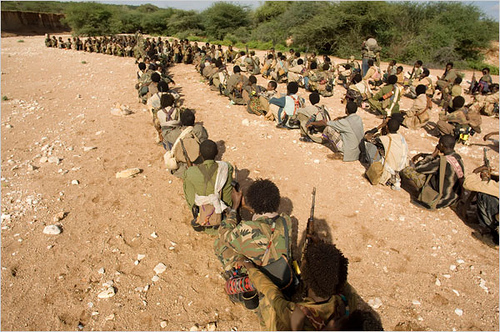 The war-torn Ogaden region in Ethiopia is a land scarred by terror.

An ongoing struggle for autonomy is being fought between the outlawed Ogaden National Liberation Front (ONLF) and the Ethiopian military but it is not just ONLF members who are being brutalised.

An undercover investigation by the Bureau and the BBC’s Newsnight provides new evidence of ongoing brutal human rights abuses by Ethiopian government forces.

In 2007 the Ethiopian army launched a counterinsurgency campaign in the Ogaden.

Human Rights Watch and the American Association for the Advancement of Science (AAAS) produced before and after satellite images of villages razed to the ground.

Today the area is a no-go zone for foreigners, the media and aid agencies. Instead, it is kept under strict Ethiopian government control, making it difficult to assess what is going on.

But in Dadaab, the largest refugee camp in the world in northern Kenya, there are thousands, who have fled from the Ogaden region, claiming to have been subjected to horrific abuses by Ethiopian government troops.

Torture victims
A grandmother in her 50s, told us that she was one of more than 100 civilians seized from her village in the Ogaden by government forces in 2009. Some of the villagers were killed, including her son, and others were taken to jail. 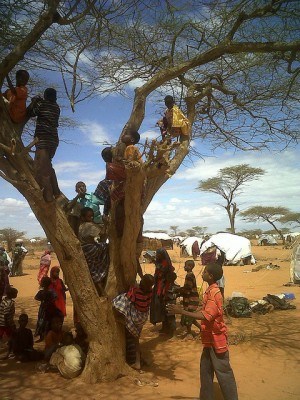 While in detention she was thrown into a pit of snakes. But she says ‘the snake was the easy part because I was raped’ by ‘a queue’ of soldiers.

‘They raped me in a room, one of them was standing on my mouth, and one tied my hand, they were taking turns, I fainted during this.’

Another victim described how she was eight months pregnant when government forces arrested her, then raped and beat her until she lost her baby.

Related article: Voices of the tortured

The woman described seeing a man who had been tortured so badly ‘his tongue and eyes were out’.

Torture and the international community

numerous, ongoing and consistent allegations concerning the routine use of torture by state security officers against political dissidents and opposition party members, students, alleged terrorist suspects and alleged supporters of insurgent groups such as the Ogaden National Liberation Front (ONLF) and the Oromo Liberation Front (OLF).’

Despite this aid to the region continues to be given by the EU and controlled by the Ethiopian state.

[slideshow id=7]
These photographs show villages razed to the ground in the Ogaden region. Click on the picture to see more images.

Abdifatah Arab Olad, leader of the Ogaden people in Dadaab, said: ‘Ethiopia gets funds for this region [the Ogaden] and it’s used to destroy the people of this region, and the world is watching and nobody is speaking out.’

Recently the ONLF’s status as a terrorist organisation means that all individuals who associate with the group are at risk of being arrested on terrorism charges.

*All names have been changed to protect identities.