August 3, 2011 by Caelainn Barr
Published in: Uncategorized
Tweet
Email this 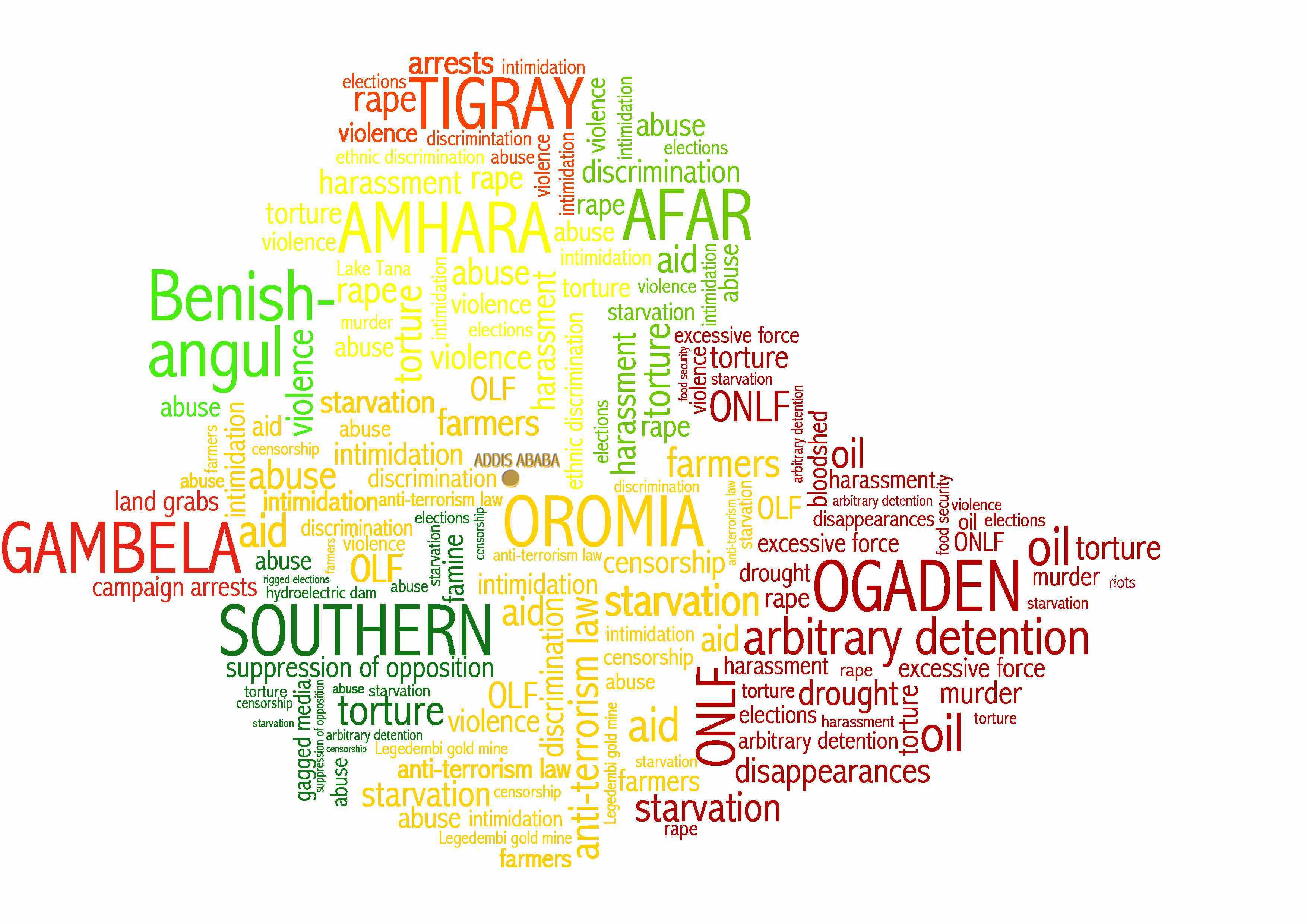 Ethiopia is a federal parliamentary republic and the oldest independent country in Africa. The parliament is a bicameral system.

The President is the head of state however the role is largely symbolic with most of the power vested in the hands of the Prime Minister.

Current Politics
The ruling party is the Ethiopian People’s Revolutionary Democratic Front (EPRDF), which is a coalition of a number of other parties. The party leader and Prime Minister of Ethiopia is Meles Zenawi who was first elected in 1995.

The current chief of state, first elected in 2001, is President Girma Wolde Giorgis. He was reelected with 79% of the vote in the 2007 ballot.

There are over 30 political parties in Ethiopia and general elections are held every five years. There is universal suffrage in Ethiopia, although voters must be 18 years of age and older. 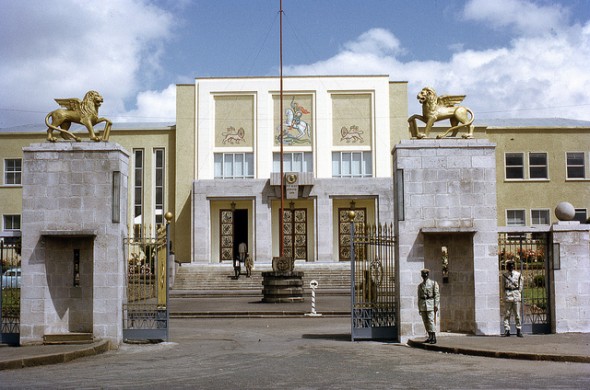 Meles Zenawiis the current Prime Minister of Ethiopia and leader of the ruling EPRDF coalition. He assumed office in August 1995. He previously occupied office as President of Ethiopia from May 1991.

Ethiopia is a landlocked country in the Horn of Africa. The land area is over 1.1 million km2, making it twice the size of France.  The capital is Addis Ababa.

There are nine states in the Federal Democratic Republic of Ethiopia. They are Tigray, Afar, Amhara, Oromia, Somalia, Beneshnagul-Gumuz, Southern Nations, Gambella and Harrari.

The country is known for its high plateaus with mountain ranges divided by the Great Rift Valley.The major body of water in Ethiopia is Lake Tana, the source of the Blue Nile.

Ethiopia’s original coastline was along the Red Sea but it was lost with the independence of neighboring country Eritrea on 24 May 1993. Other bordering countries include Djibouti to the northeast, Kenya to the south, Somalia to the east and Sudan to the west.

Selassie I was overthrown by a communist military junta, the Derg. This lead to the Derg or Mengistu regime which was in power from 1974 until 1987. 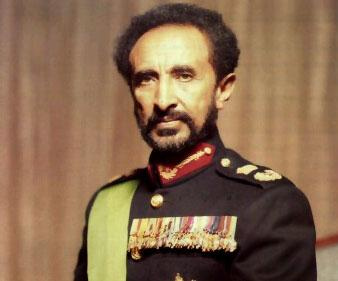 Mengistu Haile Mariam was a Marxist dictator and Head of the State of Ethiopia and received military and financial support from Moscow.

During Mengistu’s ‘Red Terror’ campaign thousands of opponents to the regime were murdered. Some estimate this figure to be in the hundreds of thousands.

In 1991 the regime was toppled by a coalition of guerrilla groups led by forces from the northern Tigray region. The Tigrayan People’s Liberation Front (TPLF) was one of these organisations.

Mengistu subsequently fled to Zimbabwe where he remains in exile. In 2006 he was convicted of genocide in absentia, along with 70 other members of the regime.

In 1991, Mengistu’s government was overthrown by the Ethiopian People’s Revolutionary Democratic Front (EPRDF), Ethiopia’s main rebel group, which formed a new regime under the control of leader Meles Zenawi.  Zenawi served as president of the transitional government of Ethiopia from 1991-1995.  He was elected Prime Minister in 1995 and re-elected in 2000.

In 2005 the Ethiopian general elections saw the ruling party, the EPRDF, win 68% of the seats in parliament.

The elections were observed by EU and US officials who noted the elections fell short of international principles for genuine democratic elections. This was mainly due to the deterioration in human rights conditions in the days following the elections.

During this time Prime Minister Zenawi banned protests and gatherings in public places. He also ordered that all the security forces, police and the local militias were under one command accountable to the prime minister.

Opponents argued the election results were rigged, which sparked a series of protests, riots and marches. 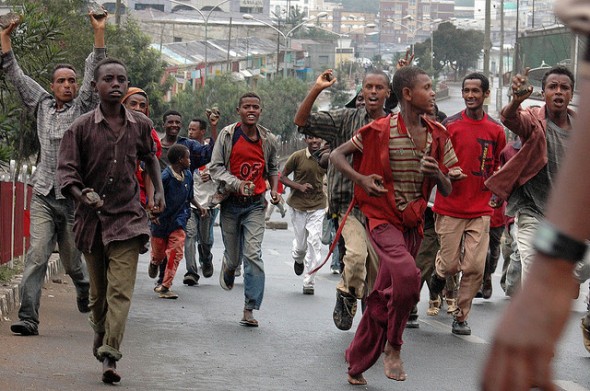 Ethiopian police killed 192 civilians in three separate attacks in June and November 2005. Many of the individuals were shot in the forehead. Seven children were also killed.

In the aftermath of the incident, Amnesty International reported there were numerous cases of government opponents being taken from their homes as well as arbitrary detention, torture, disappearances, harsh prison conditions, and use of excessive force by police and soldiers against anyone suspected of supporting the armed opposition groups. No one has been held responsible or formally charged for the offences.

In the most recent 2010 elections the EPRDF and its allied parties won 99% of the seats in parliament. The ruling party also won 100% of the seats in the regions of Tigray, Amhara, Oromia and the Southern Nations.

The elections were observed by EU and US officials who noted the elections fell short of international principles for genuine democratic elections.

In the most recent 2010 parliamentary elections, Human Rights Watch (HRW) accused the Ethiopian government and the EPRDF of intimidating voters and unlawfully restricting the media.

According to HRW, in the months leading up to the election, officials and militia from the local administration circled neighborhoods telling citizens to register and vote for the ruling party or risk bureaucratic harassment or even losing their homes or jobs.

The state controls the majority of the radio stations and the sole national TV network, Ethiopian Television (ETV).

Since the end of the Mengistu regime, print and broadcast media have gained more independence. There are 2 state owned newspapers as well as three private owned and two business weekly publications.

There has been widespread intimidation, harassment and imprisonment of journalists in Ethiopia. New anti-terror laws are also restricting reporting of events in the country.

Media rights group Reporters Without Borders considers ‘self-censorship’ to be frequent in Ethiopia.

Due in part to high illiteracy rates, radio is the most popular form of communication. Foreign broadcasters Deutsche Welle and Voice of America have reported frequent jamming of their signal.

For a detailed analysis of the current state of media and state control see the Bureau’s article, Ethiopian media gagged.

Ethiopia receives more than $3 billion (€2.2bn) in foreign development aid each year. The United States is Ethiopia’s largest bilateral donor and gave $932m in aid in 2010.

Aid from the UK is also rising rapidly. Last year the UK gave £241m to the country. This is a 17 fold increase on 10 years ago. 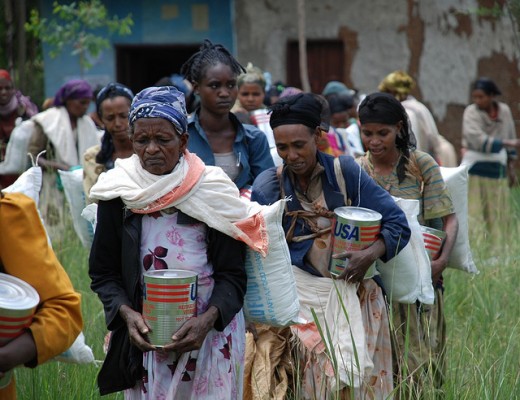 Frequent drought and poor cultivation practices account for a poverty-stricken economy. Agricultural jobs make up 45% of GDP and 85% of total jobs.  The gross national income (GNI) per capita is US $330, according to a 2009 World Bank Report.

Human rights in Ethiopia are severely curtailed and intimidation of the opposition and its supporters are widespread. An undercover investigation by the Bureau has found and documented incidences of rape, systematic starvation and torture of the opposition.

The US State Department has reported, year on year, on human rights abuses including:

‘unlawful killings, torture, beating, abuse and mistreatment of detainees and opposition supporters by security forces, often acting with evident impunity; poor prison conditions; arbitrary arrest and detention, particularly of suspected sympathizers or members of opposition or insurgent groups; police, administrative and judicial corruption; detention without charge and lengthy pretrial detention; infringement on citizens’ privacy rights, including illegal searches; use of excessive force by security services in an internal conflict and counterinsurgency operations; restrictions on freedom of the press; arrest, detention, and harassment of journalists; restrictions on freedom of assembly and association; violence and societal discrimination against women and abuse of children; female genital mutilation (FGM); exploitation of children for economic and sexual purposes; trafficking in persons; societal discrimination against persons with disabilities and religious and ethnic minorities; and government interference in union activities, including harassment of union leaders.’

The government has dismissed these reports.

A Memorandum of Understanding (MoU) has been signed by the UK and Ethiopia guaranteeing assurances that deported terror suspects will be treated with respect for human rights.

The Ethiopian Human Rights Commission, which is responsible for reporting on human rights abuses under this MoU, has failed to report torture across the countries prisons.

The 2009 Civil Society Law passed by the Ethiopian government has severely restricted the growth of Ethiopian NGOs.  The implications of the law mean that Ethiopian charities cannot receive more than 10% of their funds from overseas donors.  As a result a number of Ethiopian NGOs, including the Ethiopian Human Rights Council and the Ethiopian Women’s Lawyers Association are near non-existent.

In their place the international community have given $6m to the government controlled Ethiopian Human Rights Commission. Their role is to report on human rights in the country, including in prisons. However the organisation is failing to do so and continues to give places of detention a clean bill of health.