July 18, 2011 by Chris Woods
Published in: Uncategorized
Tweet
Email this 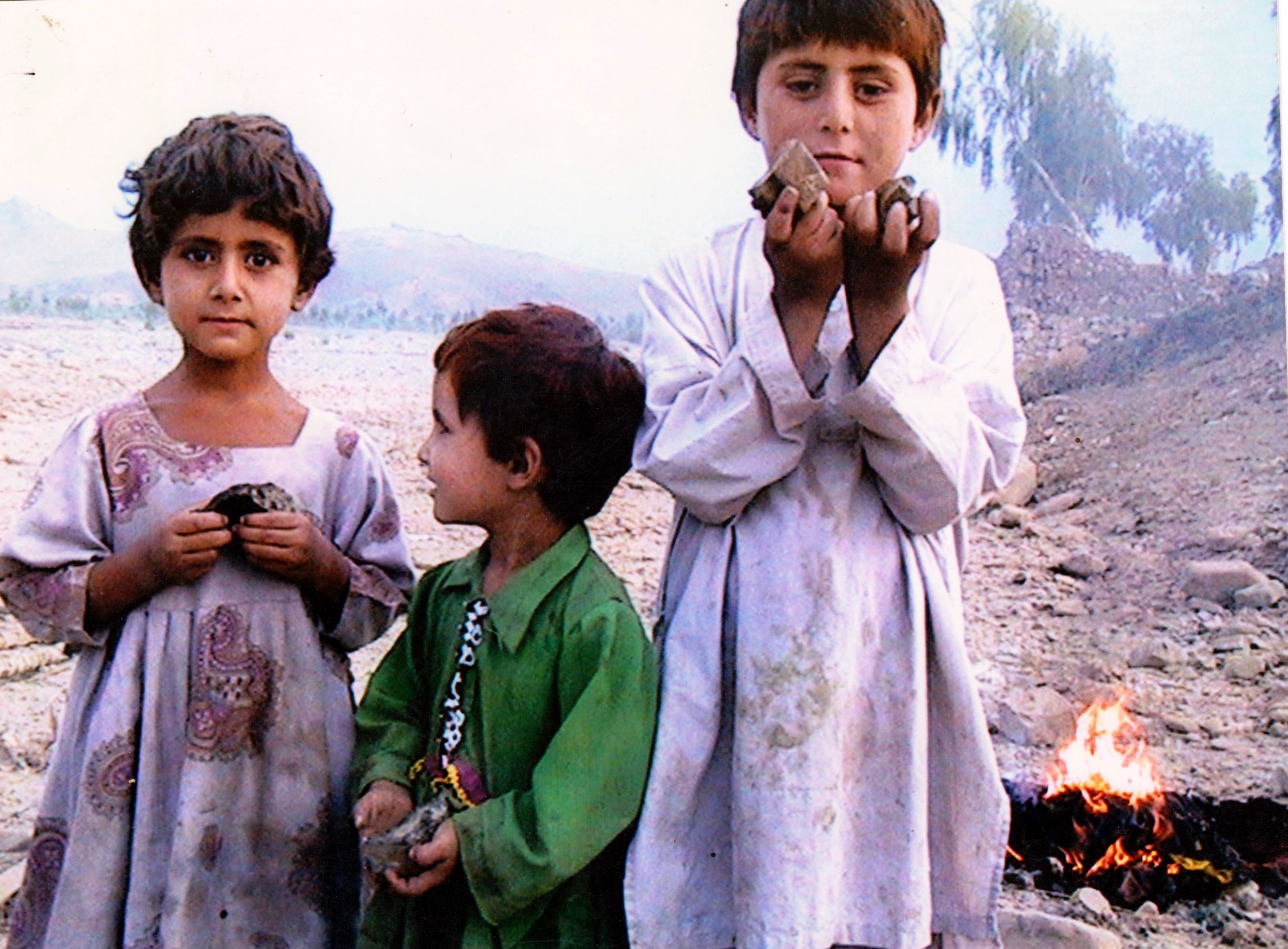 These three children stand surrounded by the debris of their former home, a few hours after it was reportedly obliterated by a Hellfire missile fired from a Central Intelligence Agency (CIA) drone in the early hours of August 23 2010.

When photographer Noor Behram reached the children a few hours later he said the children were shocked but had, at least, survived the blast. Their father, Bismullah, their mother, and 8 and 10-year-old brothers had been blown to pieces by the strike – the 109th in Pakistan of Obama’s presidency.

The orphaned children and their dead loved ones became the latest civilian victims of a US war against Pakistani militancy in which they had played no part.

The family lived in Danda Darpakhel in North Waziristan. This small town is also home to leaders of the Haqqani Network, a powerful local clan that is fighting a deadly ‘liberation’ war against US and NATO forces across the nearby border in Afghanistan.

The wrong house
It was the Haqqani Network that the CIA was targeting last year when Bismullah, his wife and two sons were killed.

There were actually two CIA drone strikes on August 23 last year in Waziristan. The attack on Danda Darpakhel involved three Hellfire missiles. Their target was a compound of five mud-brick houses, allegedly a militant camp run by the Haqqani Network.

Of an estimated 20 people who died in the attack, many were reportedly militants. But some were civilians, including Bismullah and three of his family.

The Bureau has identified more than a dozen drone strikes against Danda Darpakhel since November 2007, as the CIA has sought to crush the Haqqani Network and kill its leaders. Civilians – including children – died in some of those strikes too. 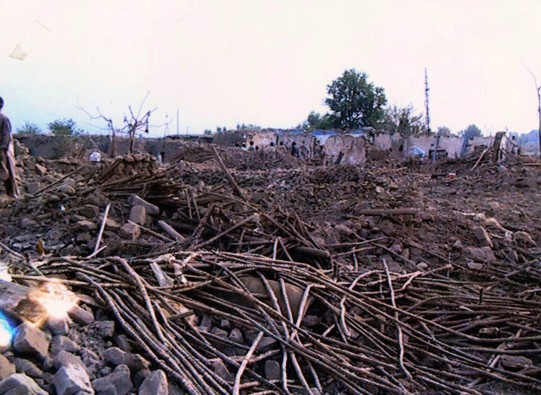 Yet the deaths of Bismullah, his three family members and other civilians last August led to a shift in targeting policy in Washington. From that point on, strikes would supposedly only be made when the CIA could avoid civilian deaths.

Why this decision was made in August is unclear. But after the failed bombing of Times Square by a Pakistani militant, on May 1 2010, there had been a major increase in the frequency of US drone strikes across Pakistan’s tribal areas. This was in response to the first terror attack on United States soil by Pakistan’s home-grown Taliban.

US Secretary of State Hillary Clinton reflected the fury of the Obama administration when she warned at the time of ‘very severe consequences’ if a successful terror attack were ever linked back to Pakistan. Leaks emerged that ‘the CIA received approval to target a wider range of targets in Pakistan’s tribal areas, including low-level fighters whose identities may not be known’.

Drone strikes rained down across Pakistan’s tribal regions. But civilian deaths – or ‘collateral damage’ – also rose. Analysis by the Bureau shows that in the 30 strikes between May 1 and August 23 2010, between 185 and 225 people were killed. At least 16 civilians, but possibly as many as 56, were also among the dead. In total, one in three of the strikes in that period indicate possible civilian deaths.

It may have been such cumulative evidence – along with the strike that destroyed Bismullah’s family – which led to the shift in drone targeting policy.

‘No civilian deaths’
The first hint of the change in emphasis within the administration became apparent in January 2011, when news agency Bloomberg cited an unnamed US government analyst as saying that ‘since the drone program accelerated in mid-August [we] have killed several hundred militants without causing any deaths among civilian non-combatants.’

On February 22, the ‘no civilian deaths’ claim was reinforced. The Los Angeles Times reported ‘unnamed US intelligence officials’ as saying that the CIA was now allowing senior militants to escape rather than risk killing civilians. 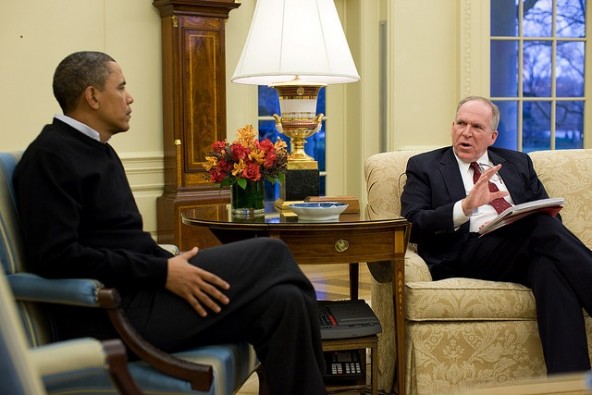 By May this year, yet another ‘unnamed US intelligence official’ was boasting to the National Journal that not only had there been no ‘non-combatant’ deaths since the previous summer, but that drones were ‘the most precise weapon in the history of warfare’.

On June 29, President Obama’s chief counter-terrorism adviser John Brennan became the first senior, named official in the administration to add his voice to the ‘no civilian deaths’ claim.

Analysis by the Bureau shows that in the 30 strikes between May 1 and August 23 2010, between 185 and 225 people were killed. At least 16 civilians, but possibly as many as 56, were also among the dead. In total, one in three of the strikes in that period indicate possible civilian deaths.

Without referring directly to the August 23 2010 CIA attack, he noted that in the past year ‘there hasn’t been a single collateral death because of the exceptional proficiency, precision of the capabilities that we’ve been able to develop.’

‘Extraordinary care is taken in the course of these operations to ensure precision and to focus on the protection of non-combatants who may be nearby. This is the most precise weapon in the history of warfare.’

The Bureau’s investigation into US drone strikes suggests that the reality is very different to the one portrayed by Washington.

Working with lawyers and researchers in Pakistan, human rights legal firm Reprieve has uncovered a number of previously unreported cases of civilian deaths in CIA drone strikes in Pakistan. The Bureau has been able to examine the material.

UK-based Reprieve is best-known for its work challenging US prisoner detention at Guantanamo Bay. Now it is confronting US covert drone strikes.

The Bureau has used some of the photos and footage collected by Reprieve. An exhibition opens in London on July 19, Gaming in Waziristan, which features previously unseen photographs, some published here, of civilian victims of drone strikes in Pakistan.

Photographs by Noor Behram, a Pakistani photographer who has spent the past three years documenting the aftermath of CIA drone strikes in Pakistan.