June 15, 2011 by Evie Salomon and Caelainn Barr
Published in: Uncategorized
Tweet
Email this 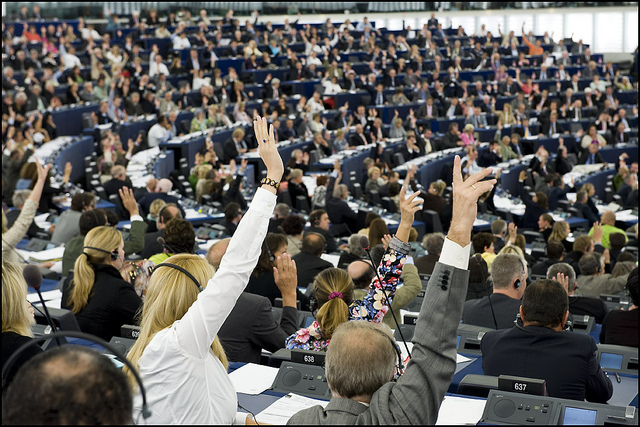 The European parliament may be forced to name Members of European Parliament (MEPs) who allegedly misused allowances to pay for cars, furniture and award themselves bonuses.

The European Court of Justice called for the EU parliament to release a 2008 internal audit that reports on how members were able to claim over €1m each in expenses during their five-year term.

The Galvin Report, which was leaked to the Sunday Times, shows that some EU politicians claimed up to €180,000 in staff allowances without proof, awarded staff bonuses of up to 19.5 times their monthly salary and diverted money into front companies.

“The parliament has been on the forefront of transparency and the promotion of transparency for 20 years.  It is regrettable that when it has to do with their own Parliamentary Assistance Alliance, they take a contrary view.”
Ciaran Toland, Lawyer

The Bureau’s examination of the report found invoices were not provided for 63 of the 105 employee service contacts. Of the remaining 42 service contracts, only five included all of the minimum details required.

Moreover, a series of bonuses, many of which were not thoroughly explained, awarded employed assistants between 3 and 19.5 times the amount of their normal salary.

MEPs also used up the balance of their allowance for one-off payments or bonuses whilst failing to document the withdrawals.

According to the Sunday Times, more than 10 MEPs are under investigation for possible abuse and for using funds to pay for cars and furniture.

The EU Parliament has not yet released the report, but the European Court of Justice ruled on June 7 that it must release the full document, calling their actions an ‘attempt to confine the principle of transparency’.

The Sunday Times has published the leaked internal audit which outlines the abuses, but does not provide the detail of each MEP’s claims. If the EU parliament is forced to publish the entire report the name of each MEP accused of abusing their expenses would be published.

The ruling came in the same month the Bureau published its findings on Commissioners’ expenditure on luxury hotel suites, private jets, and Tiffany jewellery.

Ciaran Tolan, an Irish lawyer, fought for three years to gain access to the full report, which inspired a series of reforms put in place before the 2009 elections.

MEPs can earn over €1 million in expenses in one five-year term.

“Citizens will be able to access the reforms implemented and see whether they are adequate…and ensure that there is full transparency over public funds”, he said.

The EU parliament may appeal the ruling that would name MEPs as well as internal audits showing abuse of funds, details of purchases and information about contracts.

Toland said: “The parliament has been on the forefront of transparency and the promotion of transparency for 20 years.  It is regrettable that when it has to do with their own Parliamentary Assistance Alliance, they take a contrary view.”

An EU parliament spokesperson said: “Legal services are studying the court judgment and upon their conclusion, the European parliament will take all appropriate measures.”

The EU parliament has until June 22 to appeal the ruling.