June 10, 2011 by Melanie Newman
Published in: Uncategorized
Tweet
Email this 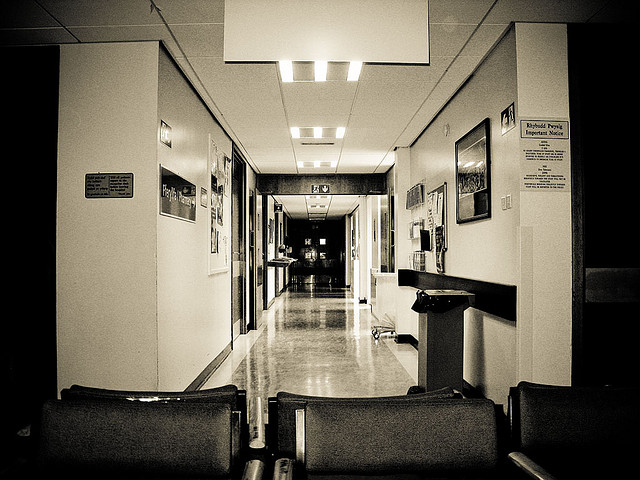 The Ministry of Defence has signed 2-year contracts worth £45 million with the six NHS trusts, which host specialist military wards. Under the deals, members of the armed forces are to be treated within 10 weeks of referral. These contracts solely cover non-urgent procedures for all serving personnel.

“Previous contracts did not have such a robust requirement. The consequences of not meeting the 10 week time frame are now more significant.” South Tees Hospitals NHS Trust

The move by the MOD has been seen as a sign that the NHS is struggling to cope under the pressure of looming cuts.

Christina McAnea, UNISON’s head of health, said: “Anyone injured fighting for the country should get the best possible treatment from the NHS. “The fact that the government has to pump-prime money into trusts treating service personnel, shows the NHS is struggling under the  weight of their demands for £20bn in efficiency savings.  The Government needs to tackle the growing waiting lists hitting patients now, instead of simply creating a two-tier health service.”

While the MOD has paid bonuses to trusts for treating services personnel within 10 weeks since 2009, this has not previously been a contractual requirement. Under the new arrangements the hospitals will be in breach of contract – with all the consequences that might entail – if they fail to fast-track military patients.

The MoD’s decision to impose the new targets comes as waiting times rise in the NHS in England since June 2010, when health secretary Andrew Lansley ordered his department to stop monitoring the 18-week referral-to-treatment target put in place by the last government.

The final deal was awarded on 5 May 2011, a few weeks before defence secretary Liam Fox pledged to give the Military Covenant – which sets out the nation’s duty of care to the armed forces and their families – legal standing for the first time.

The MoD said the contracts were a continuation of previous deals and that they were not related to any changes in NHS waiting times.

The fast-track service may be used by all 176,000 members of the UK armed forces “if considered appropriate by the referring clinician” itadded, though personnel may also use the normal NHS route.

A spokeswoman for South Tees Hospitals NHS Trust said: “Previous contracts did not have such a robust requirement – treatment within 10 weeks was an aspiration which attracted a bonus, rather than a contract requirement. The consequences of not meeting the 10 week time frame are now more significant.”

She added: “Civilian patients will not be disadvantaged by this requirement.  Regardless of any waiting time target, our first consideration in deciding the order of treatment is clinical need, not how long they have been waiting.”

A spokesman for Frimley Park said that until the new contract was signed, the same 18-week targets applied to military personnel as to everyone else.

The contracts say the MoD requires an “enhanced referral to treatment pathway against that which the NHS is offering its civilian patient base in order that the maximum number of service personnel are operationally effective.”

Trusts are also asked to provide an “operational priority” service for military patients “when required for national or NATO operational purposes”.

Haslar Hospital in Gosport, Hampshire – Britain’s last dedicated military hospital -closed in 2007 amidst complaints from former soldiers about lengthy waits on the NHS.