May 23, 2011 by Emma Slater
Published in: Uncategorized
Tweet
Email this 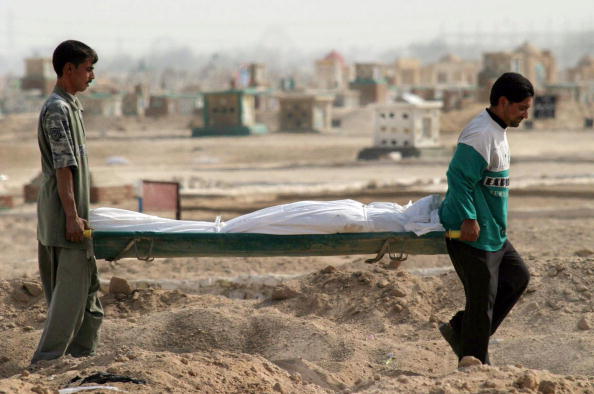 The war logs record US soldiers finding tens of thousands of bodies dumped on the streets and thrown into the rivers of Iraq, as violence broke out across the country.

There are 32,563 cases of civilian murders by insurgent groups, according to the files substantially more than the 20,228 killed in IED explosions.

In hundreds of cases there are also references to torture, including that of 32 children.

The violence detailed in the documents is horrific. It includes skin peeled from bodies, acid burns, attacks with electric drills, electrocution, branding, fingers and limbs torn off, eyes pulled out, ears, noses and parts of the face sliced off.

The first case of insurgent torture was recorded on April 20 2004. It describes a corpse found near Fallujah with indications of mutilation.

The level of violence got worse as the civil war progressed, and was not only confined to adults.

In 2006 in Diyala province, north of Baghdad, a six-year-old boy’s body was found. The log recorded “several small holes originally thought to be gunshot wounds were holes caused by a drill.”

In June 2007 in a Baghdad district, the corpse of a man, around 30-35 years old, dressed in a tan dishdasha was discovered. The flesh of his arm was missing, “as if peeled off”.

Deaths in Baghdad from TBIJ on Vimeo.

Killed for working for the Coalition
In most cases, it is unclear why the victim had been tortured.

There are a couple of instances, however, where signs were hung, pinned or written on the mutilated corpses, giving stark warnings to anyone aiding the Coalition forces.

On June 20 2007, the bodies of two teenage boys were found by an Iraqi officer. They had both been executed with a single gunshot wound to the head, and both exhibited signs of torture. A sign around their necks read “This is what happens when you work for CF”.

One man was found tied to a lamp pole, blindfolded with his hands lashed behind his back. The message inscribed on his body read “Killed for helping the Americans.” The report states that his body bore the signs of torture. His corpse was found in al Karkh in October 2007.

Violence in Baghdad
Many of the bodies exhibiting extreme torture were found in al Karkh, a central district of Baghdad between 2006 and 2009.

In one case, on September 28 2006, a body was found in front of a graveyard by local civilians. Witnesses said the victim had been kidnapped a day earlier outside a ceramics shop by four masked insurgents. He had then been submitted to vicious abuse.

On December 1 2006, a body was found that had been disemboweled. Two weeks later another body, in the same area, was found with the face “cut up” and missing an ear.

In a particularly gruesome example, on February 6 2007, a body was unidentifiable due to the victim’s face being entirely removed, or “skinned”.

Women and children killed
In some incidents, the bodies of women and children are discovered. In one harrowing case, again in the Karkh district of Baghdad, the body of a pregnant woman was found flex-cuffed, bearing the signs of torture. She had been executed with a 9mm round to the head.

In another, a Sunni woman in her thirties was found murdered in her apartment. One of her eyes was missing, and her entire body has been tortured using a drill.

Interactive: All casualties, month by month

Mass Graves
The logs also detail how US troops discovered mass graves – sometimes containing dozens of corpses at a time.

On July 12 2006, a US aircraft spotted a large number of corpses dumped in a quarry in the northern Iraq province of Diyala. Ground troops investigating the grave discovered 19 bodies, badly burned with nitric acid. They later discovered four additional bodies, all male, displaying signs of torture, and killed by a gunshot wound to the head. The group had been kidnapped earlier that day.