December 20, 2010 by Melanie Newman
Published in: Uncategorized
Tweet
Email this 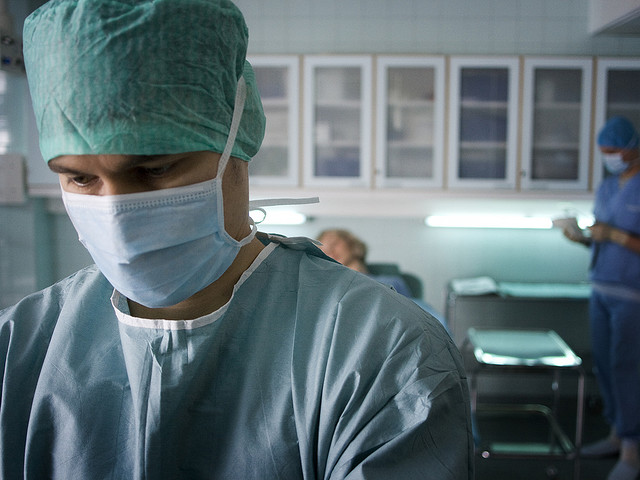 Research by the Bureau, and published in the Daily Telegraph, has found that medics failed to notice two people were dying in July. In addition, patients at risk of bowel cancer were not receiving their regular check-ups.

The findings raise concerns that endemic problems still exist at the hospital despite a Health care Commission review last year.

That inquiry identified a catalogue of problems leading to as many as 400 avoidable deaths between January 2005 and March 2009.

The hospital was in the headlines again last month after the death of twins, Alfie Shaun and Harry Stuart McQuilla. A member of staff was suspended after questions were raised about their immediate care at the hospital.

Last night Julie Bailey, who founded the Cure the NHS campaign group after her 86-year old mother died in Stafford Hospital, called for the hospital to be closed one ward at a time and staff retrained by a specialist team of clinical staff.

She said: “Competency checks should be made and once each ward is safe, it should be reopened.”

The Health care Commission findings prompted ministers to order a public inquiry, which started last month. However today’s findings by the Bureau could prompt calls for its scope to be expanded beyond March 2009.

A new management team brought in last year has meant that mortality figures and infection rates have dropped. But in many other areas there are still problems.

The Bureau found that:

*staff failed to notice two people were dying on two separate occasions in July 2010. An internal investigation into one of these cases uncovered “issues relating to early detection of the deterioration of the patient’s condition, both nursing and medical”;

*in October, 50 per cent of patient fluid charts were still not being filled out’

*One patient who was allergic to opiates was given an opiate-based medicine and suffered a respiratory arrest, but survived, while another patient was given insulin when they were not a diabetic.

*in June the trust discovered that numerous patients meant to be under surveillance for bowel cancer were still not receiving their checks. At least one patient, who was due for a check-up in 2008, had developed rectal cancer.

*the trust has spent hundreds of thousands of pounds on management consultants in the last two years despite its precarious financial state.

In October another official review found that the trust was still failing to comply with 11 out of 16 core standards.

Last month Dennis Heywood, chairman of the finance and operational performance committee, reportedly told a trust board meeting that he had personally witnessed staff ignoring patient requests for pain relief.

“I just don’t see progress being made,” he said. “There’s a belief that things are happening and they are not happening.”

The trust is forecasting a deficit of almost £10 million for the end of the financial year – far exceeding the £7.4 million managers predicted in July.

Yet the trust has been paying out hundreds of thousands on consultants and an executive coach.

In minutes to board meeting governors criticised the trust’s managers for relying on expensive management consultants – to whom £600,000 has been paid between May and November this year – including almost £300,000 to Pricewaterhouse Coopers.

In addition the trust’s new chief executive, Antony Sumara, was given an “executive coach” after his arrival in July 2009, paid for by the trust.

A spokesman for the trust said: “The trust is in financial difficulty for the simple reason that we are now spending more money on patient care and improving the quality of patient care than we receive.

“The use of management consultants has been authorised by the trust board and relates primarily to the significant improvement programme in place at the trust.

“The trust does not have the capacity or the capability to undertake this work.” PwC was used “because of their previous work and knowledge of the trust”.