November 29, 2010 by The Bureau
Published in: Uncategorized
Tweet
Email this 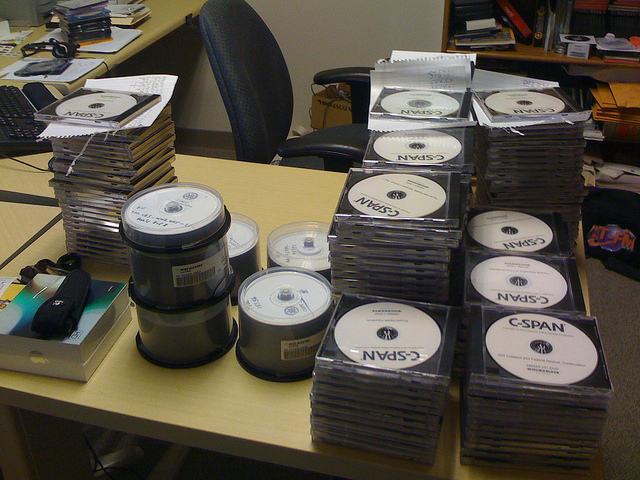 On the face of it, the investigation into Digitaleco, an Italian company that received more than €3m of European funding to produce DVDs, seemed a straightforward case of suspected fraud, with Italian prosecutors claiming it was a “paper” outfit that failed to produce anything.

But after years of combined Italian-EU investigations, the case is far from closed. No one has been charged and not a cent has been refunded to the EU – notwithstanding police action stretching from Italy’s southern region of Calabria to Rome, an internal Brussels inquiry into possible abuse of power by two Italian officials, and raids on an office in the European Parliament in Strasbourg and factories in France.

As such it stands as a vivid example of the inadequacy of a system meant to guarantee the €347bn European taxpayers have committed to the regional aid budget are spent properly.

Compounding the frustration of investigators, Digitaleco continued to receive EU funding of just over €1m through Calabria’s regional government in 2005 – even after official inspections had revealed the company was close to financial ruin and in no state to start production, according to documents from Olaf, the Brussels anti-fraud unit, and a court in Rome.

In an Italian court document ordering the seizure of assets from six suspects, a Digitaleco executive is quoted as telling police in 2006 of his surprise that the company’s plant in Calabria was certified by regional officials as completed, since it “was missing a roof and was not connected to the waste system”.

How was it possible, asked Olaf, in a letter to the investigating magistrate in Calabria in 2007, that the regional authorities, “knowing of grave violations”, had taken no action to recoup the money?

Digitaleco Optical Disc, formerly SBP Optical Disc and Scarabeo DVD, first applied for EU funding in 1998. Among its majority shareholders were Lorenzo Cesa, businessman and treasurer of the Catholic UDC party; Fabio Schettini, cited in the Italian media and by an investigator as a former “fundraiser” for Silvio Berlusconi’s Forza Italia party; and Giovan Battista Papello, a former official in Calabria for highways and environment who was close to the rightwing National Alliance party.

Digitaleco continued to receive EU funding of just over €1m through Calabria’s regional government in 2005 – even after official inspections had revealed the company was close to financial ruin and in no state to start production.

Cesa was elected to the European Parliament in 2004 and served on its budget control committee, which monitors fraud, until he was elected to Italy’s national parliament in April 2006.  Schettini disposed of his shares in early November 2004 shortly before going to Brussels to work as aide to Franco Frattini, now Italy’s foreign minister and then European Commission vice-president.

The probe into Digitaleco’s receipt of EU structural funds began in 2005 under Luigi De Magistris, a former prosecutor and now a member of the European Parliament for Italy’s opposition IDV party, who told the FT he suspected the company was a vehicle for party fundraising.

An internal inquiry into whether Cesa and Schettini abused their powers as European officials to acquire EU funding for Digitaleco ended in 2007 with both being cleared.

The second probe focused on Digitaleco itself. Olaf inspected its plant in Calabria and two companies in France that provided machinery found by investigators to be unfit for production.

Olaf’s findings were submitted to Italian investigators and Olaf said its investigation resulted in a “recommendation for financial follow-up actions” for which both the Commission and local authorities were responsible. “Because the financial follow-up is ongoing, Olaf has no further comment to make,” it said.

The case is now in the hands of Italian authorities. A judge in Calabria transferred the case to Rome in 2007 as the company and its accounts were registered there. More delays ensued.

Maria Christina Palaia, a prosecutor in Rome, subsequently applied for the “preventive” seizure of assets with a total value of €1.05m from six people suspected of committing fraud, including Cesa, Schettini and Papello.

Judge Rosalba Liso issued the seizure order last July. In her 34-page document allegations of fraud are laid out against the six suspects, claiming Digitaleco produced DVDs only “on paper” and that it “was created and managed with the sole purpose of obtaining a grant for purposes other than employing people or making money”.

As the preliminary investigating judge, Liso is to decide whether there is sufficient evidence to proceed with charges and initial hearings before a full trial might begin – a process that could take years.

The European Court of Auditors, which checks EU accounts, has also raised questions about the time it took Olaf to complete its investigation into Digitaleco. Olaf’s external inquiry should have been completed in early 2008, but its final report was not signed off until this September.

Cesa has publicly defended Olaf’s efforts to combat fraud. He denies any wrongdoing in the Digitaleco case. He said the seizure order referred to events “of a decade ago” and that he had already been cleared by Olaf.

Papello told the FT he and his wife sold their shareholding in Digitaleco in 2004, making a loss of €343,000, and that they had had nothing to do with it since. He denied Digitaleco was a “paper company” but said it was correct that it had technical problems and had not produced enough “to position itself effectively in the market”. He denied any wrongdoing.

Commenting on other cases he has been involved in, Papello said he has appealed against a conviction last May by Italy’s Court of Audit which ordered him to pay €66,000 for negligence over water filtration problems in Calabria that occurred while he was a senior environmental official. He said he is also under investigation in the separate “Poseidon” case involving alleged abuse of public funds which has not yet come before a court. He denies wrongdoing. He is currently treasurer for a think-tank headed by Altero Matteoli, infrastructure minister.

Schettini, who has retired, could not be reached for comment.

Among the assets listed by the Rome judge for possible seizure is Digitaleco itself, registered at an address just outside the Vatican. The small compound contains a private house and a Catholic insurance agency. Staff there and long-time residents nearby said they had never heard of Digitaleco.

Guy Dinmore is a reporter for the FT

Billions of euros lost to fraud and irregularities

Multinationals cash in on EU funds